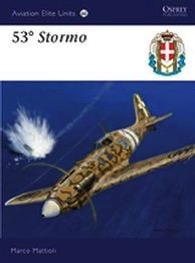 About this book
A detailed examination of one of Italy's leading units in World War 2, 53* Stormo saw action on the French Front, the Balkans, in North Africa and the Mediterranean in some of the most iconic Italian fighters of the conflict - CR.32/42, Fiat G.50, Macchi C.200 and C.202, as well as the Bf 109G, 53* Stormo fought its final actions over Rome, Torino and Milan. Featuring first-hand accounts, numerous photos and colourful artwork, this book is a great addition to Osprey's Aviation Elite Units series.