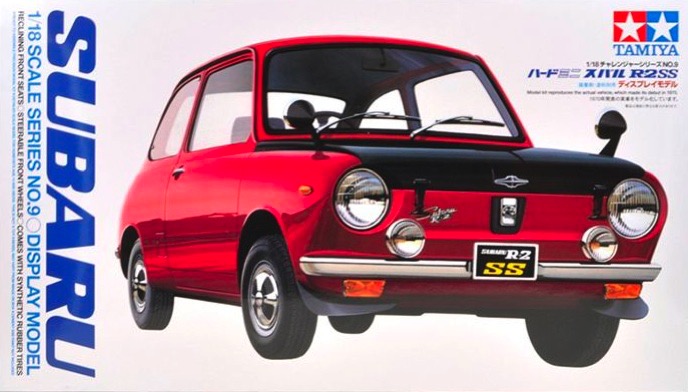 The full size Subaru R-2 debuted in August 1969 and 26,000 examples were sold after just one month. This compact hatchback offered good performance for its time, with its 30hp engine enabling a top speed of 115km/h. The following year in April, a sports version called the R-2SS was released. The air-cooled 2-cylinder 356cc engine was tuned up to 36hp, which increased the top speed to 120km/h, and the suspension was fitted with a front torsion bar stabilizer to enhance cornering performance. Other modifications included bullet-shaped aerodynamic side mirrors and high traction radial tires. With its combination of simple design and performance, the R-2SS distinguished itself from the other Japanese light passenger cars of the period. The Tamiya 1/18 model faithfully captures all the details of this late 1960's compact passenger car in 1/18 scale.