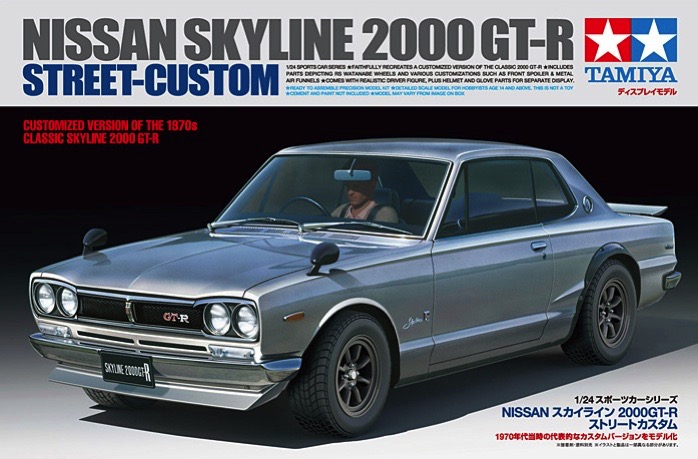 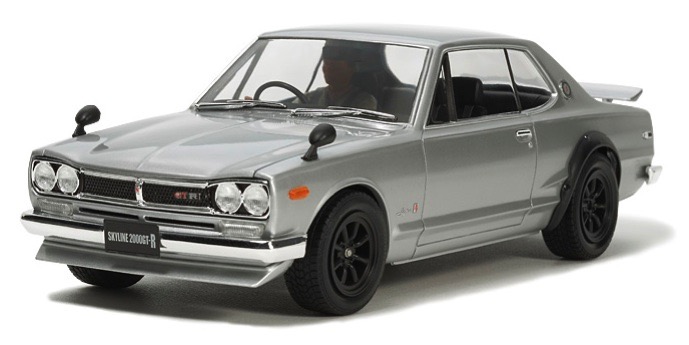 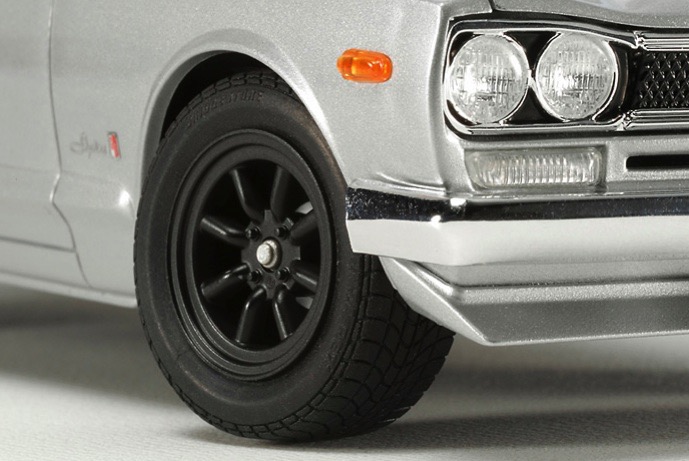 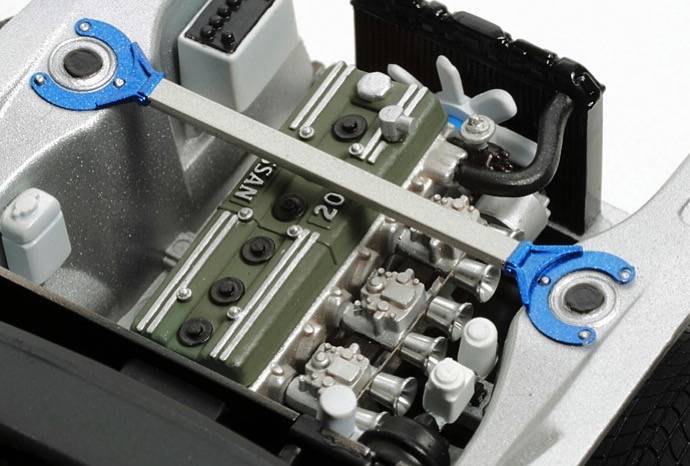 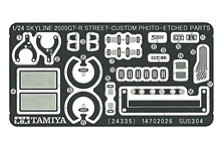 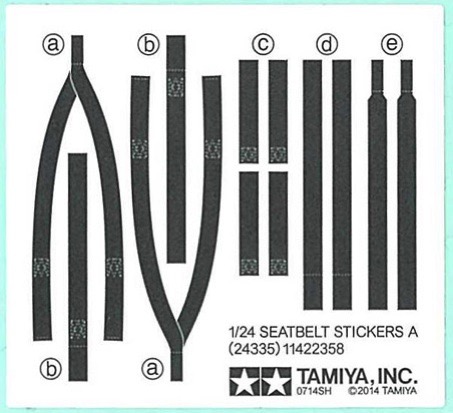 Customizing is the Name of the Game

The hard-top version of the Skyline 2000GT-R was released in 1970 and packed a serious punch with a detuned version of the inline-6 engine seen on the Nissan R380 prototype racing car. The "hakosuka", as it is affectionately known in Japan, is still a Japanese racing legend today, thanks to an incredible 50 total wins achieved in partnership with the 1969 4-door sedan GT-R. Now, it makes an appearance as a production model of the car with parts depicting popular customizations from its day, as well as a realistic driver figure.