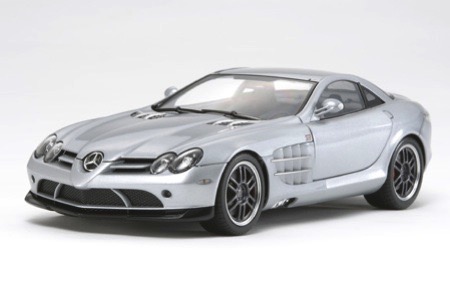 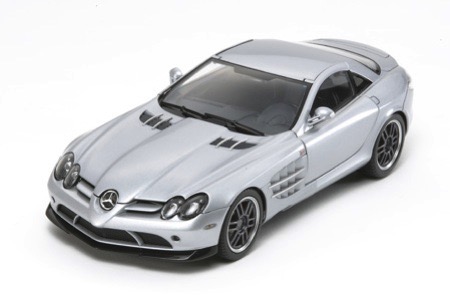 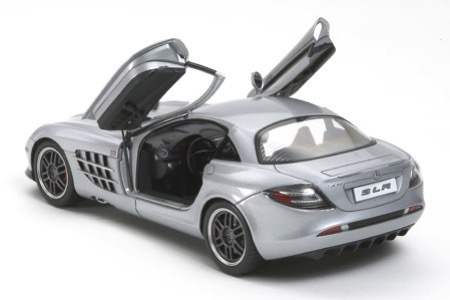 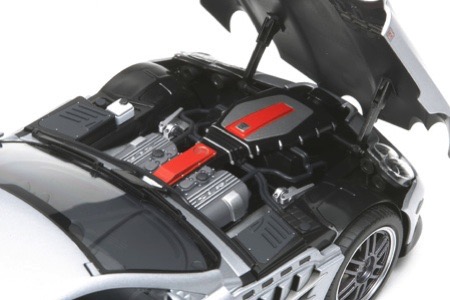 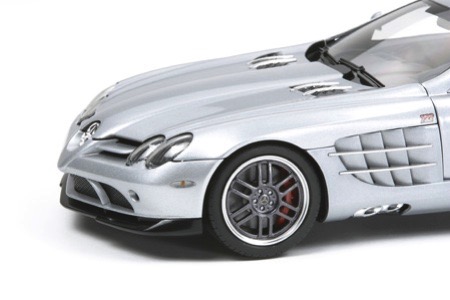 Backordered (Sign up for an email
notification when it's
back in stock!)List price: $79.00
You pay less than: $63.20
Add to cart to see actual sales price.

In a joint venture with McLaren Automotive, Mercedes designed the SLR or "Sport, Leicht, Rennsport" (sport, light, racing). The original SLR series was released in the 1950s and were based on the W196 F1 car. To revive the series, Mercedes release a new, sleek SLR in 2003. The SLR722 was introduced, in 2006, and named after the 7:22am start time of drivers Moss/Jenkinson car at the 1955 Italian Mille Miglia endurance race. Powered by a 5.4L SOHC V8 supercharged engine, the 722 is capable of 640hp output and can go from 0 to 100 in 3.6 seconds. Because of its power and beauty, the SLR722 has been compared to supercars such as the Enzo Ferrari and Porsche Carrera GT.