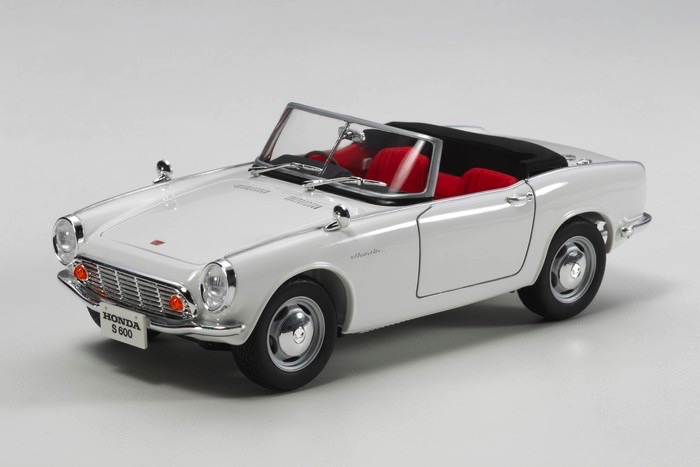 The Honda S600 is an automobile manufactured by Honda. It was launched in March 1964. It was available as a roadster and as a fastback coupe - introduced in March 1965. The S600 was the first Honda available in two trim levels. During its production run up to 1966, the model styling would remain pretty much the same, with the most notable changes coming to the front grille, bumper, and headlights. The S600 got 57hp out of a 606cc 4-cylinder DOHC engine that could hold its own compared with racing engines, and it featured a motorcycle style chain-driven rear wheel drive. Exports to Europe followed as the S600 quickly gained respect, gaining popularity as a highly lightweight and speedy sports car. It was also to prove a success in races both inside and outside of Japan.

The Tamiya model faithfully captures the essence of the S600, thanks to new tooling and updated parts from the S800 model kit.