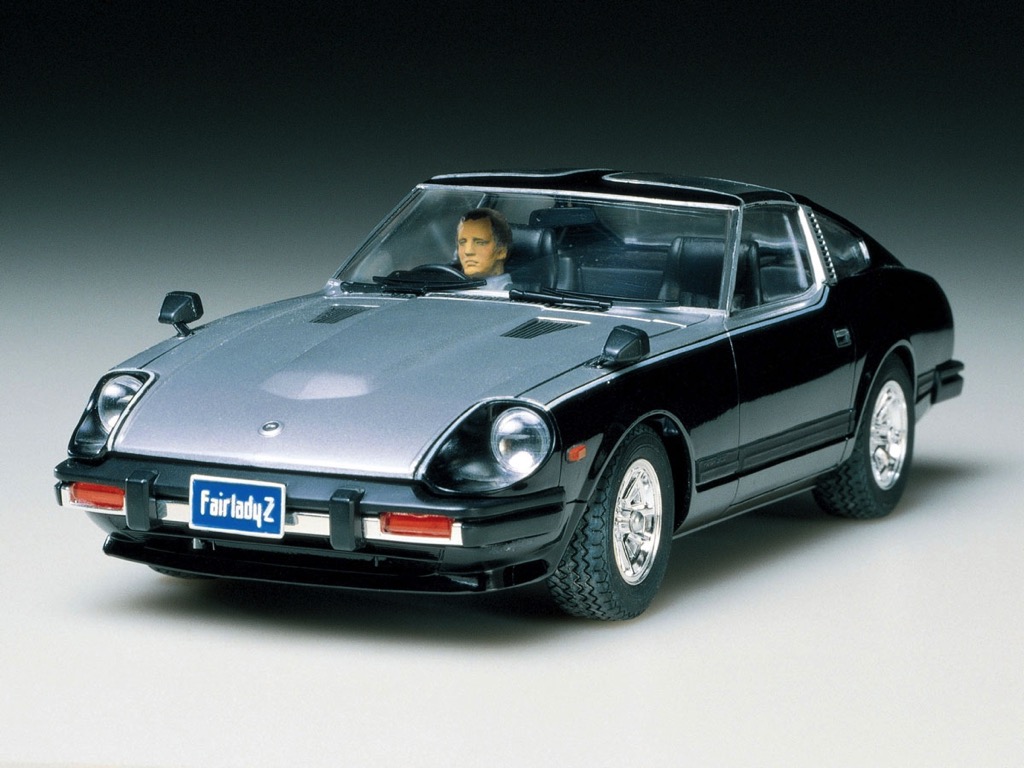 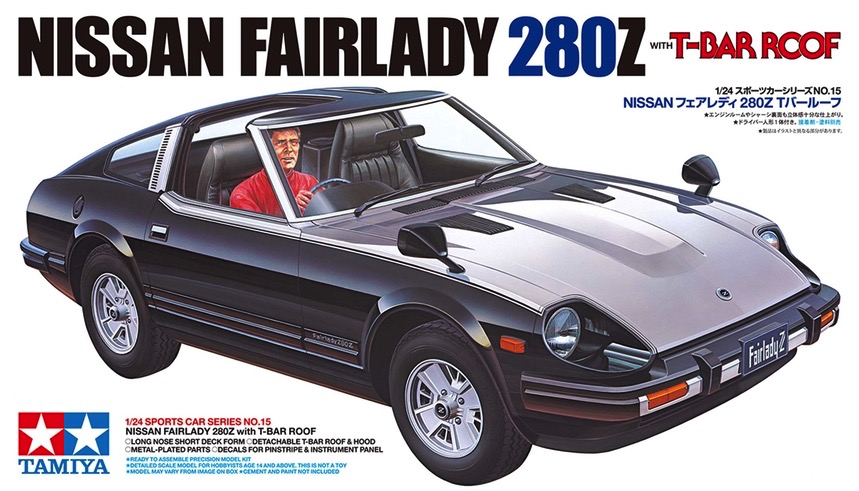 This model kit is a re-issue of the Nissan Fairlady 280Z with T-Bar Roof, which was originally released as a motorized kit. In August 1978, the second Fairlady Z generation (S130) was announced; one was the 2,000cc 200Z and the other was the 2,800cc 280Z. After that, the Nissan Fairlady 280Z with T-Bar Roof - reinforced glass roof sections could be removed to leave a T-shaped frame - was added in 1980.