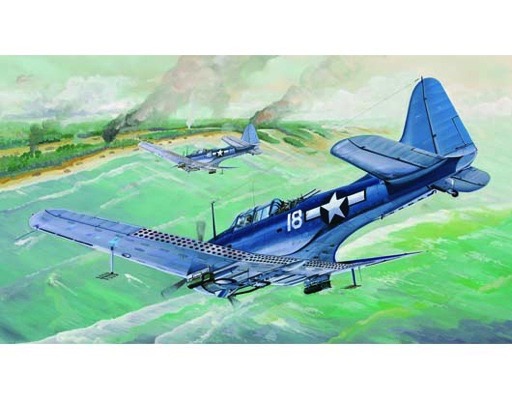 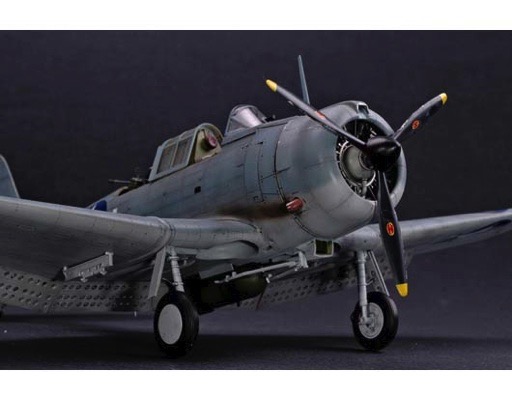 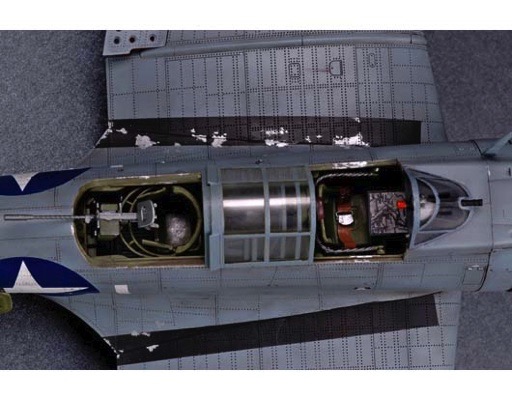 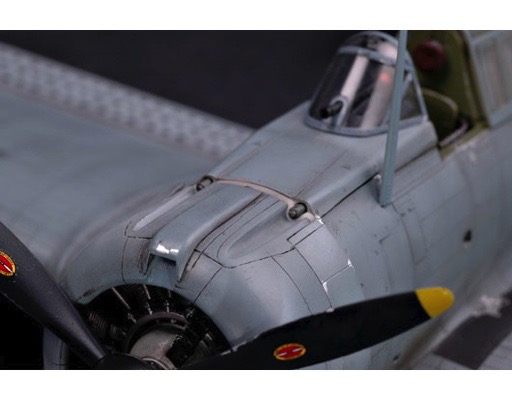 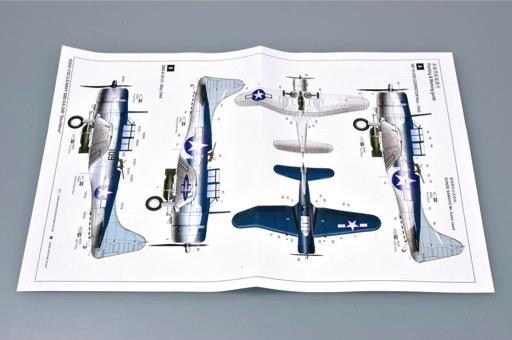 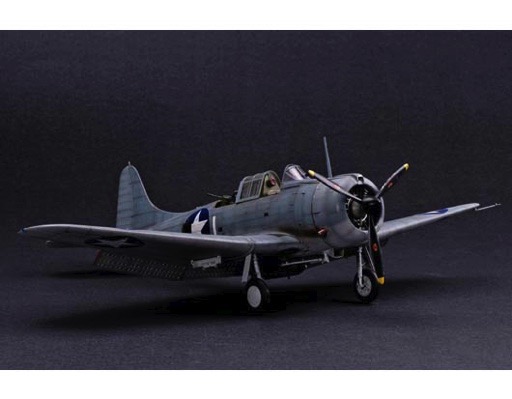 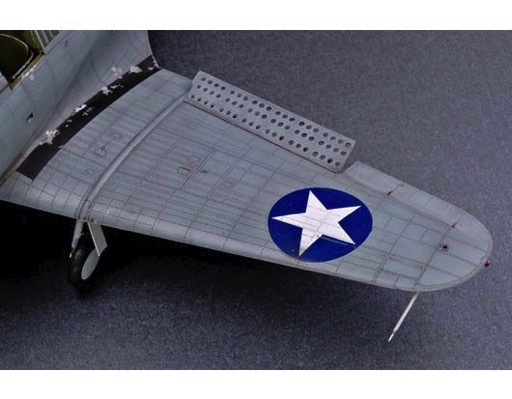 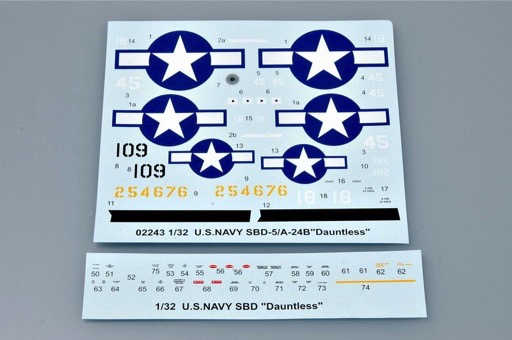 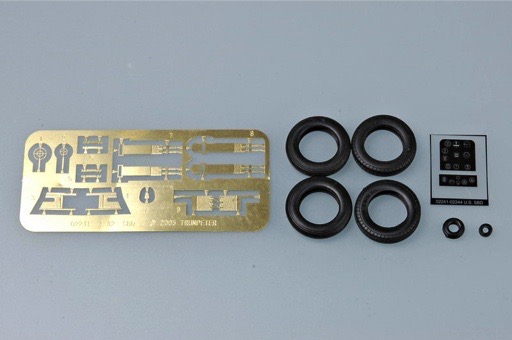 The Douglas SBD Dauntless dive bomber became a mainstay of the Navy's air fleet in the Pacific, with the lowest loss ratio of any U.S. carrier-based aircraft. Douglas delivered a total of 5,936 SBD/A-24s between 1940 and the end of production in July 1944. The SBD Dauntless featured "Swiss cheese" flaps - dive brakes punched with 3-inch holes - so that it could achieve pinpoint accuracy by diving to the target, dropping the bomb and then pulling out of the near-vertical dive. In addition to the U.S. Navy, Marine Corps and Army Air Forces, the Dauntless served forces in New Zealand and Mexico. The first enemy ship sunk by the U.S. Navy in World II is credited to a Dauntless from the USS Enterprise. The diving Dauntless went on to destroy 18 enemy warships, including a battleship and six carriers. The SBD-5 which was built at a new Douglas plant set up at Tulsa; this version had a 1,200 hp R-1820-60 engine and 2,409 were built for the Navy. Finally, Tulsa produced 451 SBD-6s with 1,350 hp R-1820-66 engines.