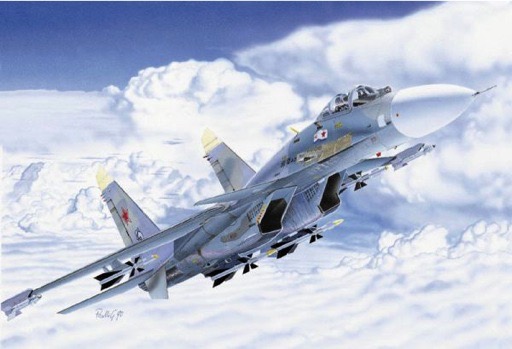 Together with the smaller Mig-29 (No. 184) the Sukhoy SU-27 is the most modern Soviet aircraft of the Nineties. Due to its features - speed, maneuvrability, electronic equipment and armament - this plane is on, the same level as Western airpianes. From the original Flanker-B version (which was introduced in 1989) further versions were developed such as the carrier variant, which is used for the new air-craft carriers of the Tbiisi class. (italeri item No. 518). This version is equipped with canard wings, re-enforced landing gear and arresting hooks.