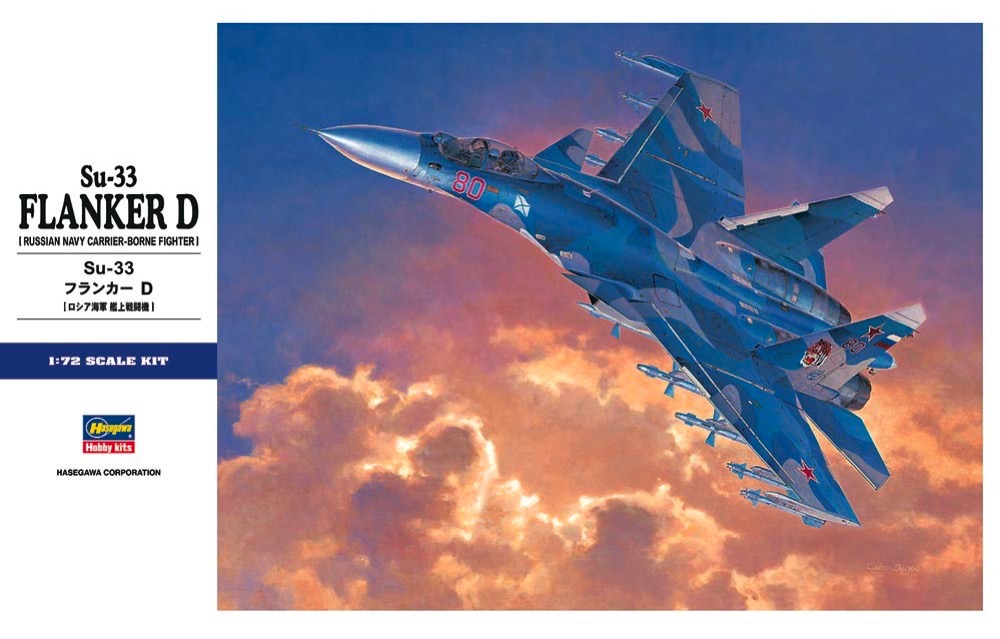 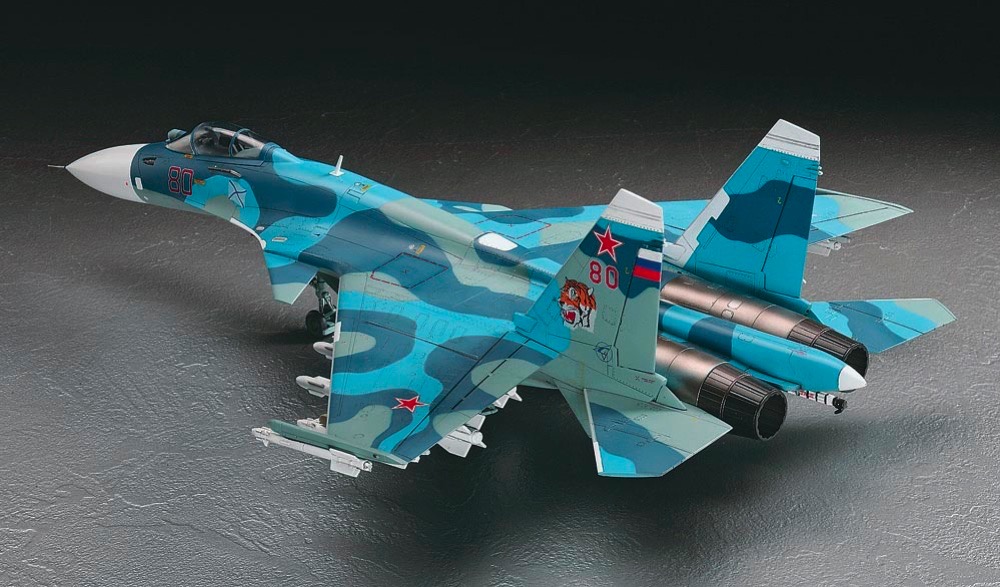 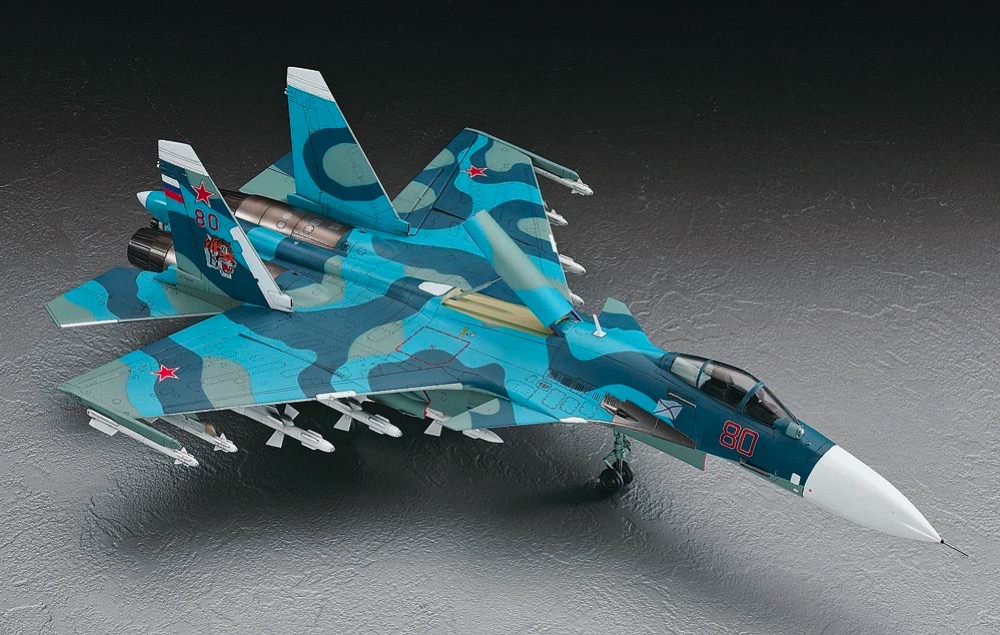 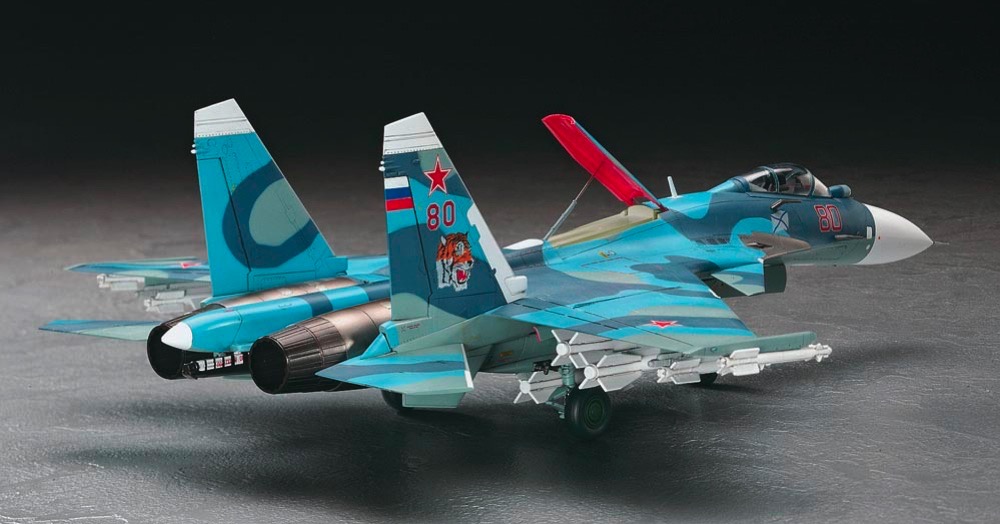 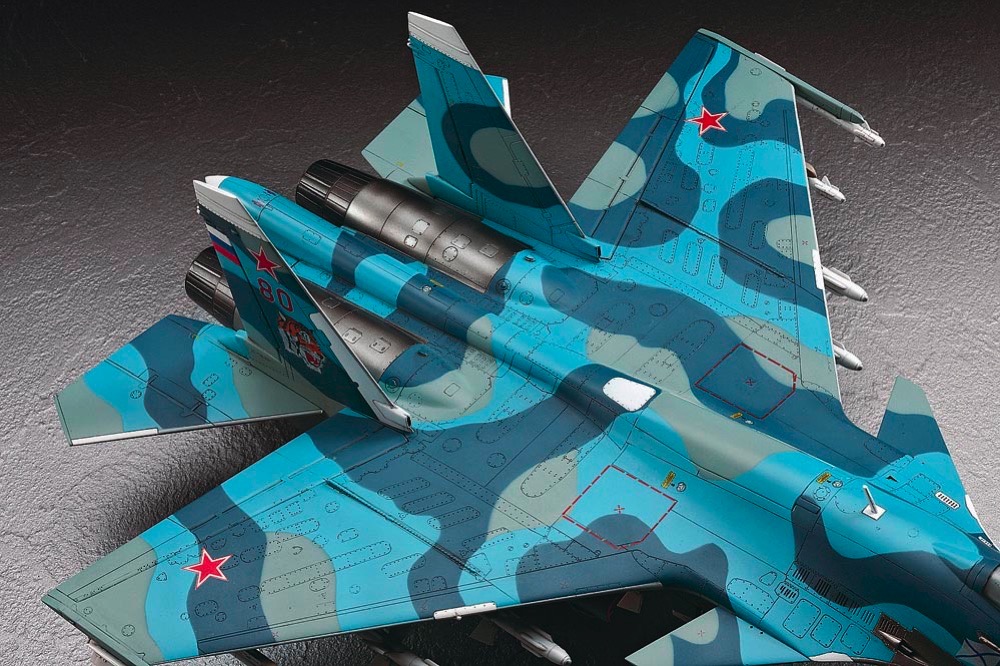 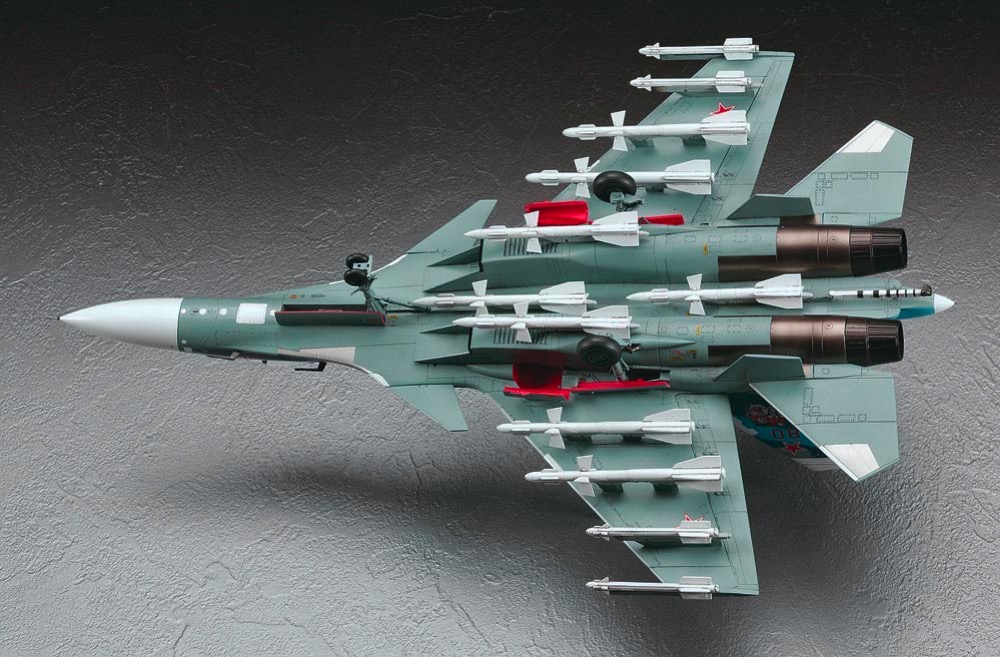 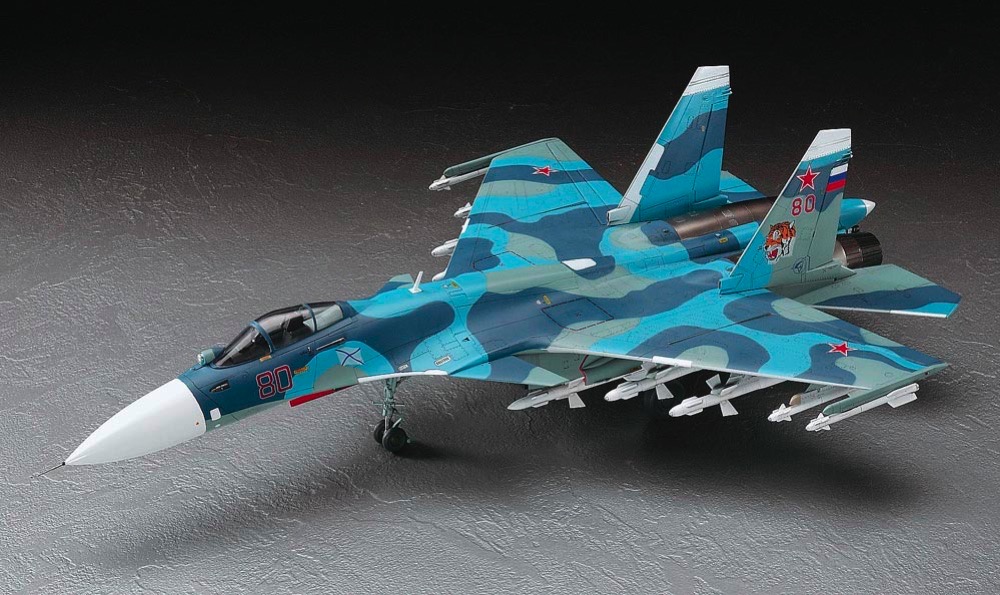 1982's Sukhoi Su-33 is a direct descendant of the Su-27, made carrier-capable for use as a naval fleet defense interceptor. Another key distinction between the Su-27 and Su-33 is that the Su-33 can refuel while in flight. Instead of using a catapult to take off, the Su-33 is launched via ski jump for improved climb angles. Sukhoi is currently developing a modernized version of the Su-33. Kit features new tooling.