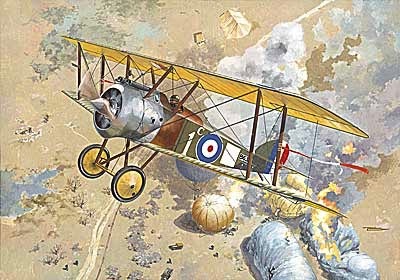 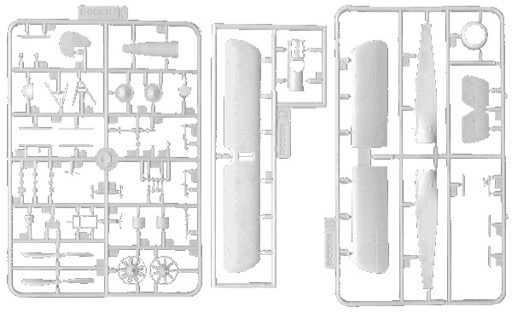 Hundreds of types of aeroplane took part in the battles over the fronts of World War One but only two deserved to be called the 'best of the best'. The first is the best fighter Germany produced in WWI, the Fokker D.VII, and the second, the most famous and most successful Allied plane, the Sopwith F.1 Camel. Each of these two aircraft became a legend. The war came to an end, and yet in the years which followed the fame of these two planes became even greater.

During mid-1916 the Sopwith Pup was the most modern RFC fighter. This aircraft had a reasonable performance but its main deficiency was its limited armament which consisted of a single Vickers machine gun. At this time, new German fighters were already being equipped with two machine guns. The Royal Aircraft Factory (R.A.F.) was the first to implement Air Ministry demands, which urgently called for twin machine gun fighters. This machine, the S.E.5, soon became another Allied legend when the R.A.F. modified it into the S.E.5a. Thomas Sopwith's company decided to improve the successful Pup design.

The prototype of the new fighter appeared on December 22, 1916. At first sight it was very similar to the Pup, but it was in fact a new design. Two synchronized Vickers machine guns, a powerful 110h.p. Clerget 9Z engine, an upper wing without dihedral and a distinctive 'hump' between the engine cowling and cockpit - all of these features created the distinctive look of the new fighter. An apparently simple design, this aircraft became forever established in world aviation history with the short and appropriate name Camel. Of course, its resemblance to a real camel was minimal, but its 'hump' left no choice for any other name.

The first few planes were sent to France for combat evaluation in March 1918 but soon a couple of shortcomings were discovered, which were corrected in the next few weeks. No. 70 Sqn RFC was the first unit to be re-equipped from the obsolete 1-1/2 Strutters to the new type in July 1917. By the end of Summer yet more units had been re-equipped with Camels and when its advantages over other types became clear, no less than nine subcontractors were asked to contribute to its mass production.

But the Camel was not an easy machine to handle and the inexperience of many young pilots caused some serious flying accidents. Nevertheless, extraordinary maneuverability, a fast climb rate, good speed and powerful armament made the Camel a really superb fighter. More than 5,000 were built and no less than 1,294 aerial victories were scored by this type - the best possible proof that the Camel deserved to be called a legend.

Even if the Camel's merits were not so great, there was perhaps one which justified the price of a thousand others:- on April 21, 1918 in the sky over Sailly-le-Sec, a small French village, pilots of No. 209 Sqn met a bright red painted German Fokker Dr.1. It was unmistakably the Red Baron. The details of his death even today are still questioned, but the pilot of one of the Camels, Captain Roy Brown was officially credited with this 'kill'. It was not any ordinary air victory, it was a turning point in the history of the War.

Many aces and other, experienced, pilots fell in love with this 'elegant ugly plane'. Canadian pilot Donald MacLaren become top scorer on the Camel: all of his 54 aerial victories were achieved flying Camels; another Canadian ace, William Barker, attained 46 victories from a total score of 50, flying only one particular Camel, B6313; John Gilmour had 36 victories; William Jordan, 39; and Henry Woollett, 35.

After the end of the Great War the Camel had one more opportunity to perform a combat role: in 1919 it took part in the battles over Bolshevik Russia with the British Expeditionary Corps. Apart from the United Kingdom, Camels were used by Australia, the US, Greece, Estonia, Latvia, Belgium, and Poland. The Camel remained on reserve until 1919, but new types like the Sopwith Snipe and the Martinsyde Buzzard relegated the 'old soldier' from the front line. The Ministry of Aviation declared the Camel obsolete on August 7, 1919. Most of the Camels were scrapped but a few have survived to the present. Now they are physical witnesses to that romantic but cruel epoch, when one simple but successful design could change the history of the war in the air.