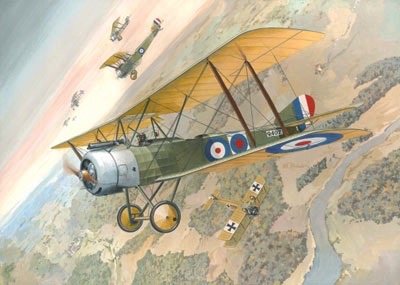 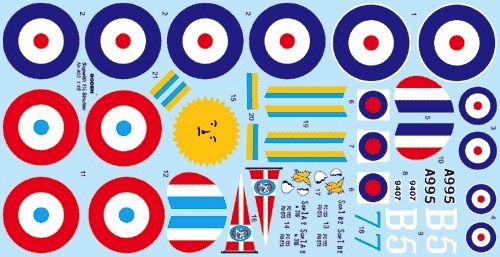 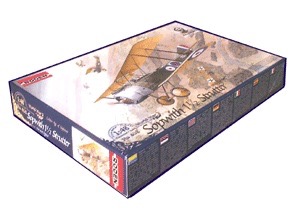 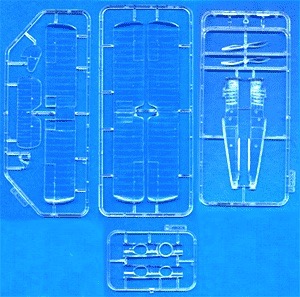 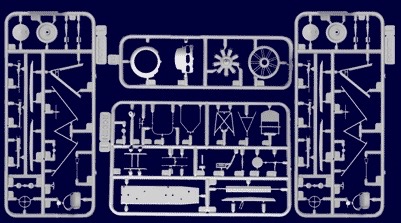 Among British WWI warplanes the Sopwith 1-1/2 Strutter occupied an honored place because it was the first Allied fighter equipped with a synchronized machine gun. Designed by the Sopwith Aviation Company in Kingston on Thames led by Thomas Sopwith, it was first known as the Sopwith LCT (or Land Clerget Tractor). First flight of the new plane took place in mid-December 1916 and after successful trials the Sopwith company received an initial order from the Admiralty. Soon the new Sopwith obtained its own unusual name, 1-1/2 Strutter, because the cabane struts with their distinctive W form were reminiscent of half-struts.

he early-built 1-1/2 Strutter (it often had no armament for the pilot) began to appear in April 1916; the first unit, equipped with the new fighters, was No 5 Wing RNAS. The Navy, satisfied by its performance, gave additional orders to the Sopwith Company. Moreover, the RFC also ordered the new plane. The two-seat version, designated Type 9400, was a fighter plane, and the single-seat (Type 9700) machine was for bombing roles. The Sopwith Company could not implement such a big order and licenses were given to the Morgan & Co, Hooper, Westland, Vickers, Mann & Egerton, and Ruston & Proctor companies. Sopwiths and the subcontractors built a total of 1282 1-1/2 Strutters of all types. At the same time France urgently needed a new type of fighter-bomber because Voisins and Farmans were totally obsolete. Impressed by reports of 1-1/2 Strutter success, France first purchased a limited quantity directly from Britain, and soon obtained a license for the manufacture of 1-1/2 Strutters. French-built planes received their own designations: 1.A2 for two-seat reconnaissance planes, and 1.B2 for two-seat fighter-bombers. Together with the single-seat version, France built in total 4497 planes. Notwithstanding satisfactory performance, the 1-1/2 Strutter very quickly become obsolete. During mid-1917 the majority of British 1-1/2 Strutters were withdrawn from the front line; French machines fought until mid-1918 (nearly 395 aircraft; with 1100 others in reserve). The United States purchased 514 aircraft from France, primarily for the training role. Britain sold 148 1-1/2 Strutters to Russia, 27 to Belgium, 17 to Rumania, 15 to Japan, and 10 to Greece. Very limited numbers of the type served in Latvia, Ukraine, and Holland. After the end of World War One 1-1/2 Strutters served for some time in Britain, France and Soviet Russia, but by the mid-Twenties it was declared obsolete and disappeared.