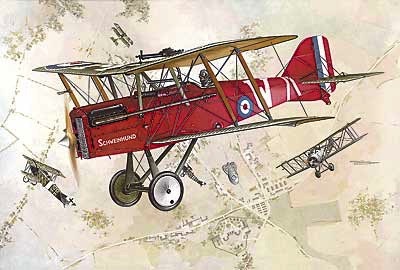 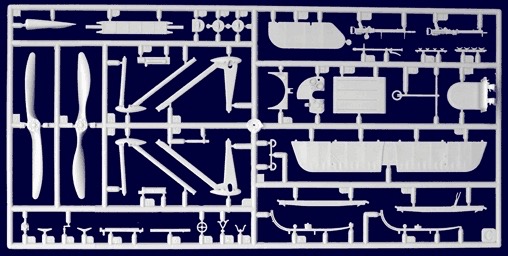 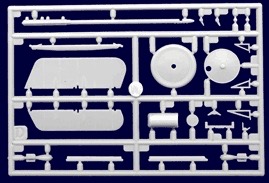 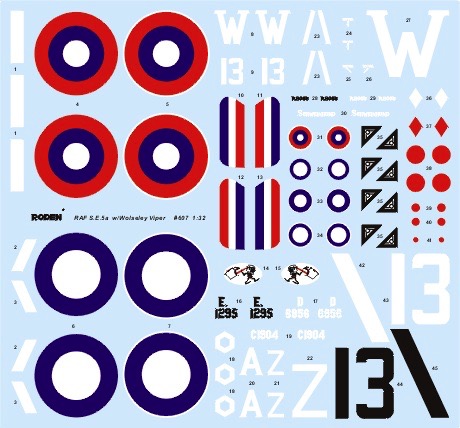 The history of the most successful British fighter of the First World War began in 1916, when the Royal Aircraft Factory's talented engineers, H.P. Folland and J. Kenworthy, decided to employ the new French 150 h.p. Hispano Suiza engine in a plane of new design. The first flight of the prototype RAF S.E.5 in the hands of test pilot F.W. Goodden took place towards the end of 1916, and in April 1917 the first machines were delivered to 56 Squadron of the Royal Flying Corps. Later the design was modified; it received the more powerful 200 h.p. Hispano Suiza engine and became the RAF S.E.5a.

The performance of the new fighter more than satisfied the military: the S.E.5a was to be very successful, however its mass production was continually affected by problems with the newly developed Hispano Suiza 200 h.p. engine. There were many difficulties involved in manufacturing it in sufficient quantity and, in addition, this engine was required by the French SPAD fighters.

In the United Kingdom the license for construction of the Hispano Suiza engine was acquired Wolseley Motors Ltd. An insignificant number of the S.E.5a had the Wolseley Adder engine which, actually, was a copy of the Hispano Suiza, but it too appeared unreliable. Wolseley Motors engineers were obliged to improve the basic Hispano Suiza design. Externally similar to its predecessor, the new engine was named the Wolseley Viper. The capacity of the engine remained constant, however now its running during flight was stable and reliable. So at last, at the end of 1917, the Royal Flying Corps had received the right machine to gain an advantage in the sky. The RAF S.E.5a with the Wolseley Viper engine differed somewhat from the earlier version, its radiator being noticeably more rectangular.

Flight characteristics of the S.E.5a with the Wolseley Viper engine also improved: both maximum speed and rate of climb. In maneuverability the S.E.5a did concede something to its nearest competitor, the Sopwith Camel; however, in other respects they were almost on equal terms. The plane began its operational service in Royal Flying Corps squadrons at the end of 1917, thus many RAF S.E.5a were produced with the Hispano Suiza engine and saw a lot of action before they received the new engine at major overhaul. By the middle of 1918 the S.E.5a was playing a significant role on the Western Front - 15 squadrons were armed with this fighter. Three more squadrons were at war on the Macedonian front, two in the Near East, and one in Mesopotamia. A quantity of S.E.5a were also transferred to Home Defence, where they served in 4 squadrons.

In very quick time the RAF S.E.5a gained a reputation it keeps to the present day. German pilots always took extra care before entering into a duel with it. Famous British Empire aces - Mick Mannock, James McCudden, Billy Bishop, Andrew Beauchamp-Proctor and many others - achieved plenty of victories piloting the S.E.5a.

Apart from the Royal Flying Corps, the RAF S.E.5a was delivered to the American forces which were at war on the Western Front. Some more machines were transferred to the British Dominions - Australia, Canada and the South African Union. During the Civil War in Russia in 1919-20, at least two S.E.5a came into the hands of the Bolsheviks and went to war with black stars on their fuselage and wings. After the termination of the Great War many S.E.5a found their way to the USA where they were operated right up to the mid 1920s. After being disarmed most English machines quickly went to the breaker's yard, but many American S.E.5a went into private hands and were used for a long time in postal service and for acrobatics. A lot of them had cinema careers, taking part in many Hollywood films (for example, Howard Hughes's epic film 'Hells Angels'). During the war and afterwards, a small quantity of S.E.5a were converted to two seaters for the training of future pilots. Overall, 5,205 planes - from the first S.E.5 up to the most successful S.E.5a with Wolseley Viper engine - were produced. Without any doubt, the RAF S.E.5a was, and is, deservedly prominent in the pages of the history of Twentieth Century aviation.