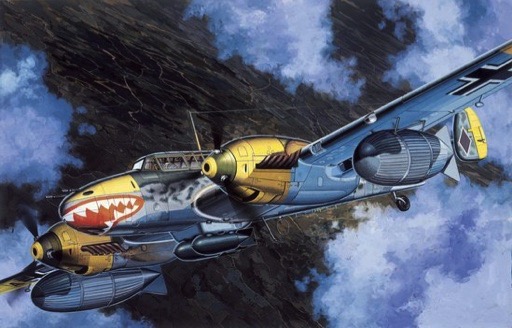 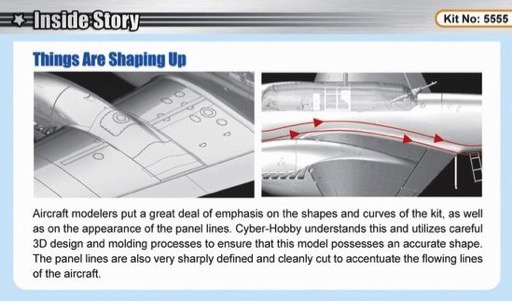 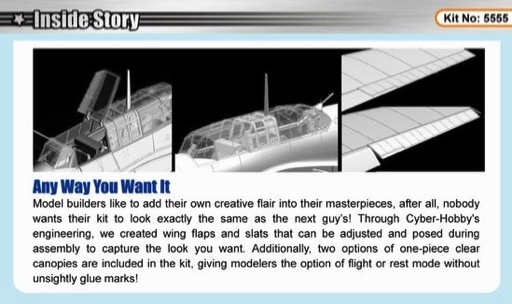 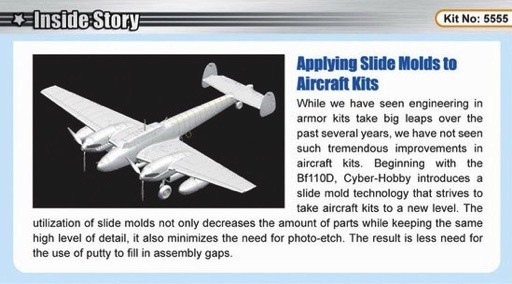 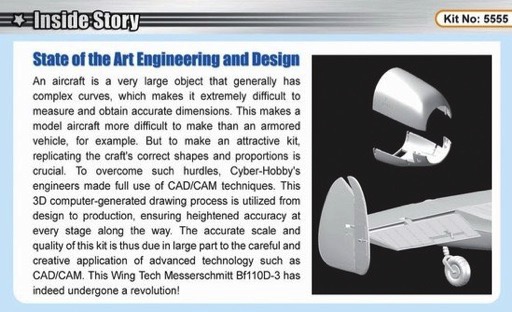 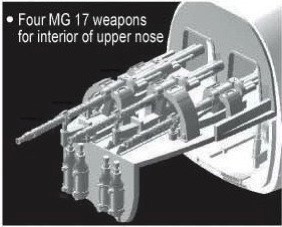 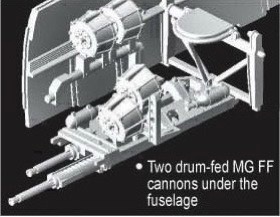 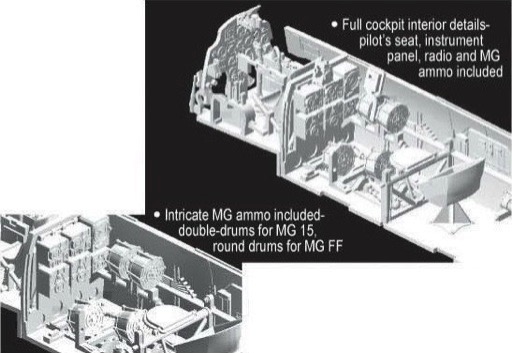 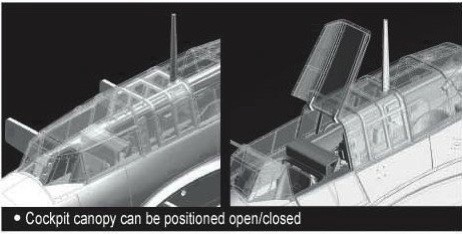 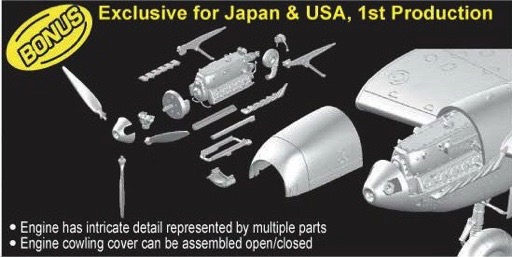 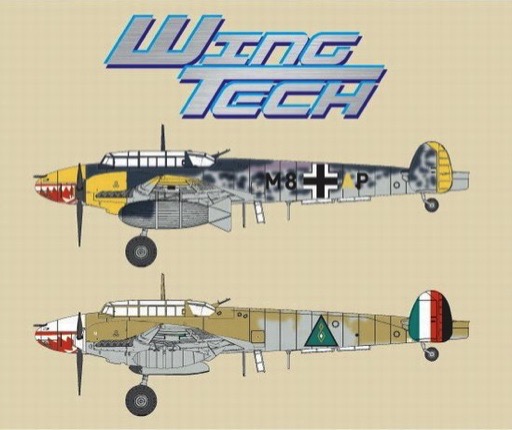 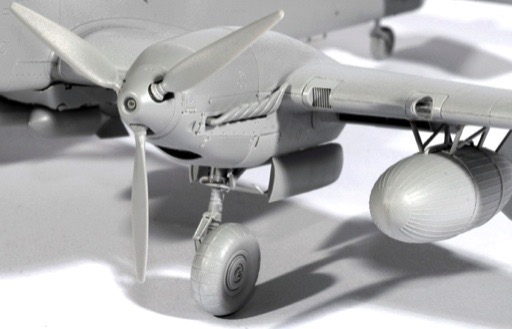 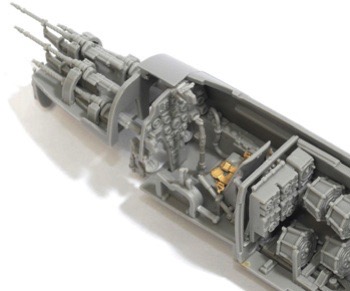 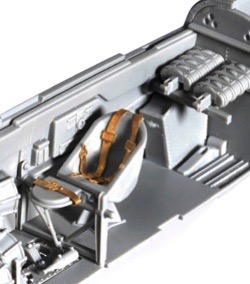 DISCONTINUED This product has been discontinued
and is no longer available.List price: $63.95
You pay: $42.89
(All prices in U.S. Dollars)

Features: Dragon's Master Series of 1:48 Wing Tech kits has received a boost with the launch of a German Bf110D-3 aircraft model. The original Bf110 aircraft built by Messerschmitt was a twin-engine heavy fighter, a type known to Germans as Zerstorer (Destroyer). This aircraft, in a variety of guises, served throughout WWII. Its greatest success was early on in the war, but its innate weakness of a lack of aerial agility was dangerously exposed during the Battle of Britain. The Bf110D, based on the preceding C model, was a Zerstorer specially designed for long-range missions. It came about partly in response to the Norwegian campaign, where the need for a long-range anti-shipping aircraft became apparent. The Bf110D-3 was essentially a long-range shipping patrol aircraft that could carry two drop tanks, either 900 or 300 liters in size. An ETC 500 bomb rack could also be fitted. One other modification was the lengthening of the fuselage in order to fit a two-man life raft in case the Luftwaffe fighter was shot down over the sea.

Dragon's 1/48 kit of the Bf110D-3 is full of detail comparable to that found on larger 1/32 scale kits. This aircraft model is offered in the Cyber Hobby Green Box range, and it incorporates superb detail. One innovation on this kit is the fact that all the ailerons and rudders can be modeled in different positions according to the modeler's wishes. Detail on this kit is finely executed, with true-to-scale panel lines carefully represented. All the minute detail inside the two-man cockpit can be easily viewed through the clear plastic canopy. Another addition especially for the Bf110D is the inclusion of wing-mounted fuel drop tanks. Photo-etched metal is the perfect medium for the pilots' seatbelts, while many plastic parts are made from slide molds. On the machine guns, for example, the barrels are made from slide molds so that the muzzles can be depicted as hollow. This is an extremely well-crafted model, one that slots well into the Wing Tech range. For aircraft modelers seeking something that will go a bit further, this long-range Bf110D-3 is the solution!