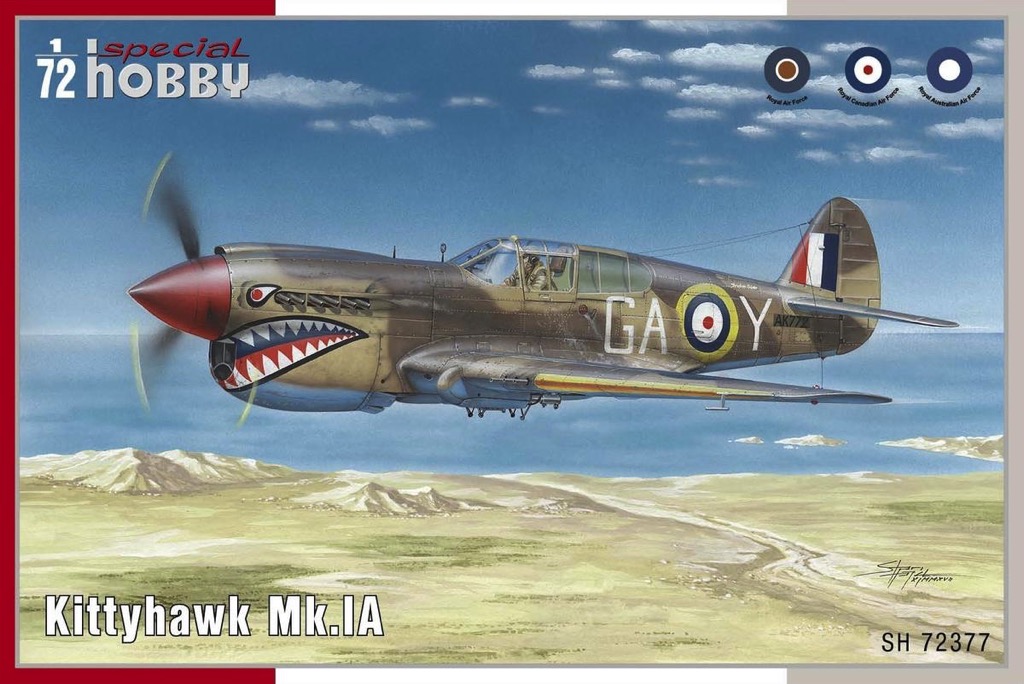 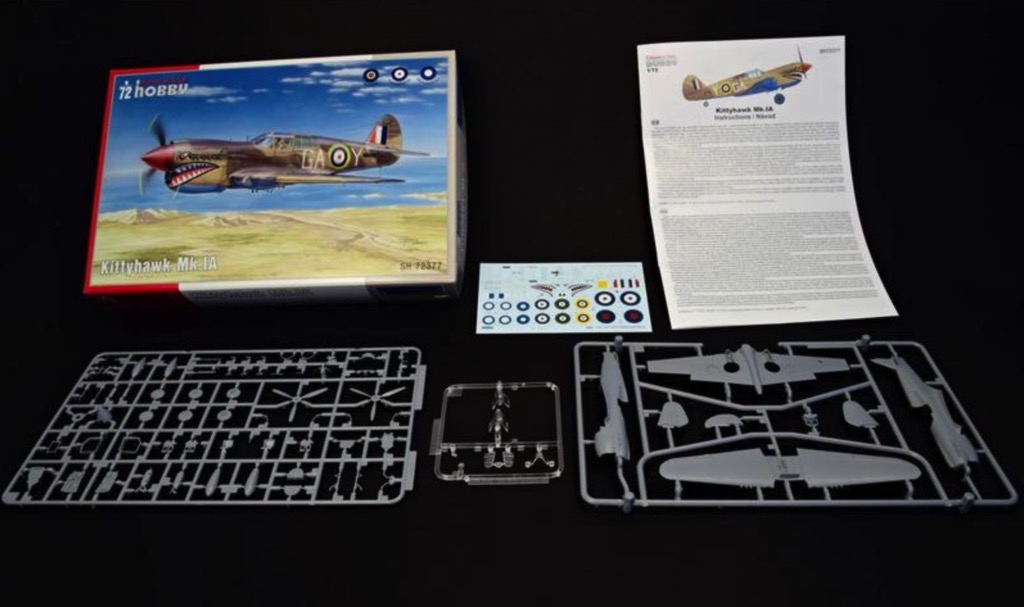 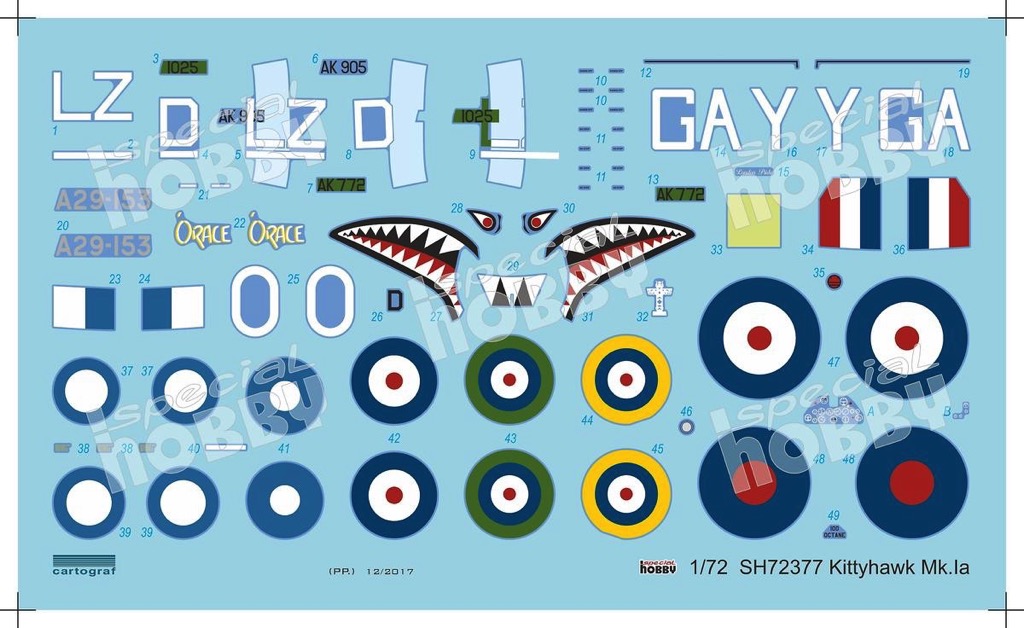 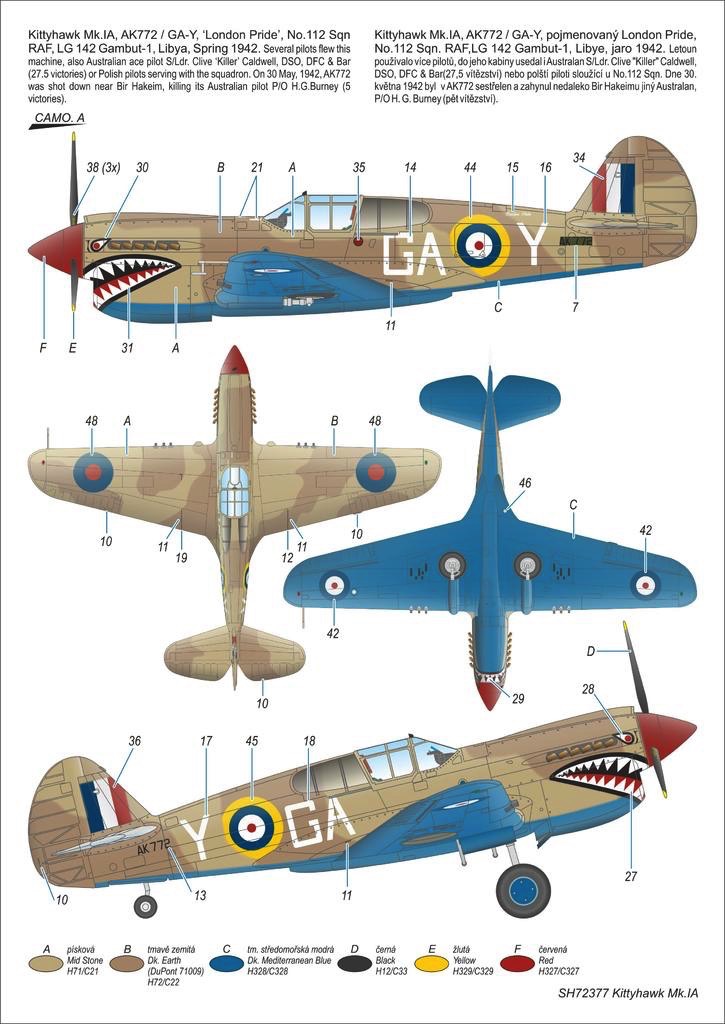 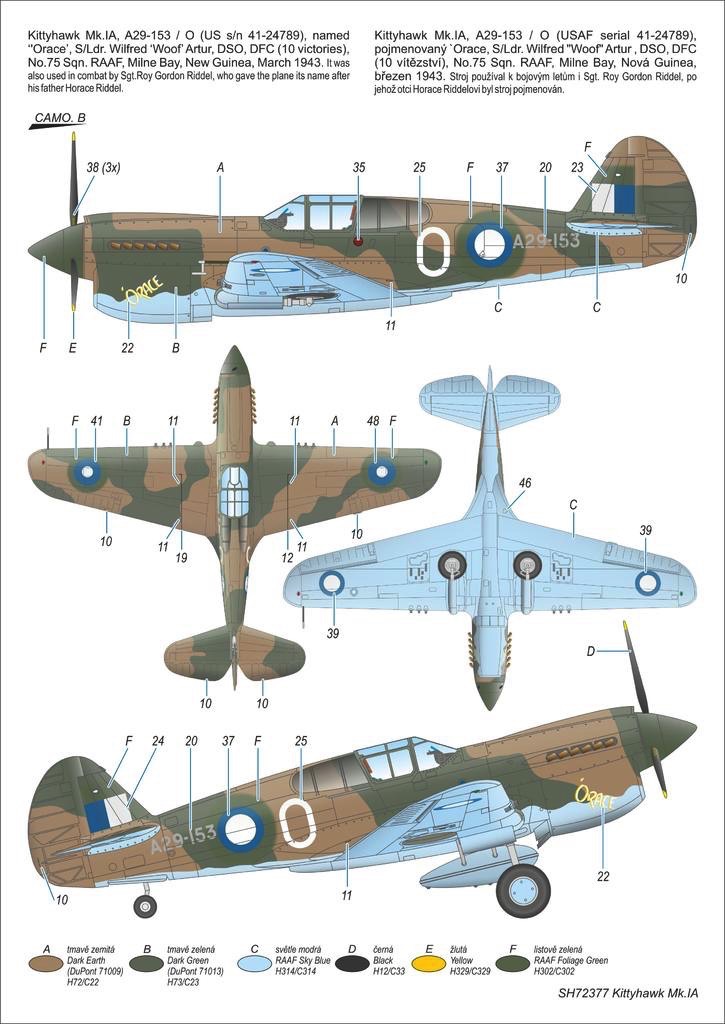 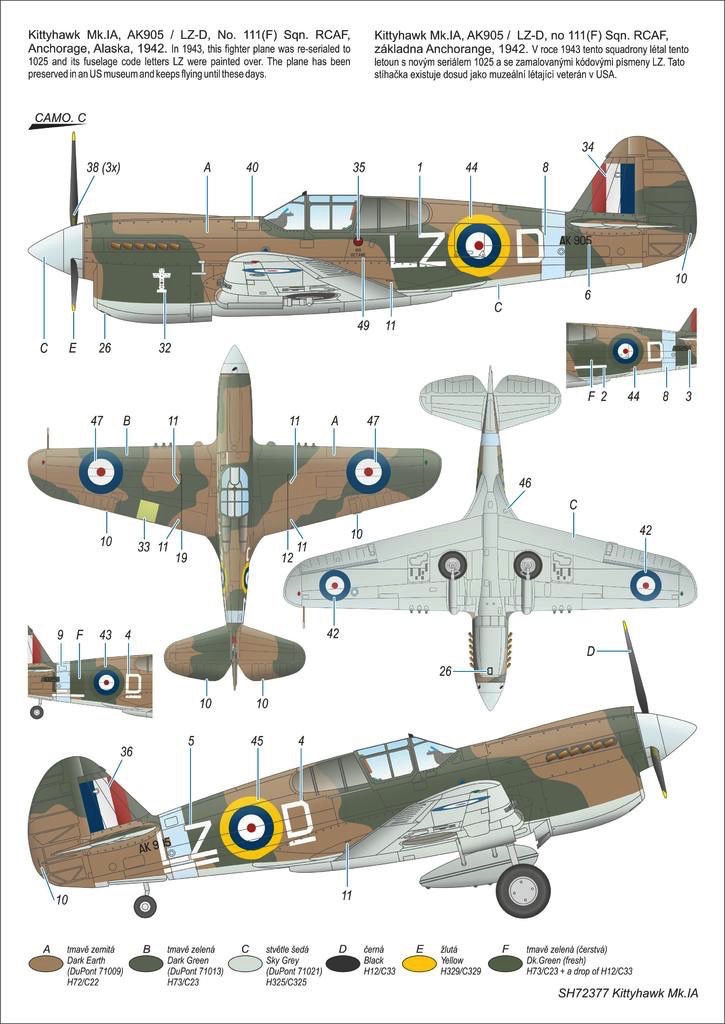 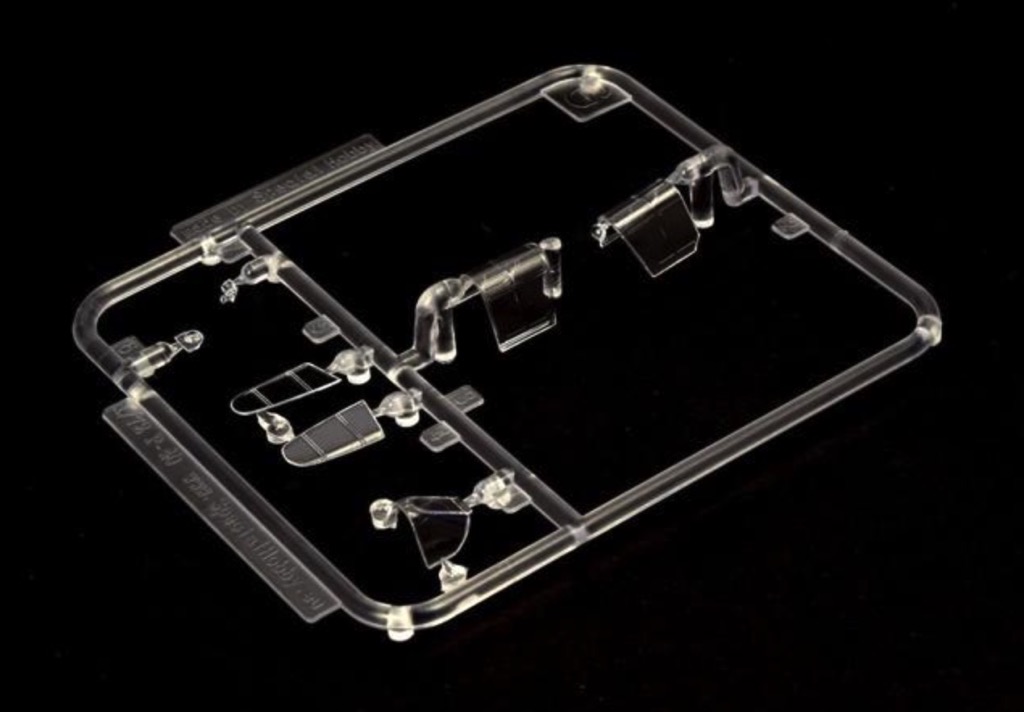 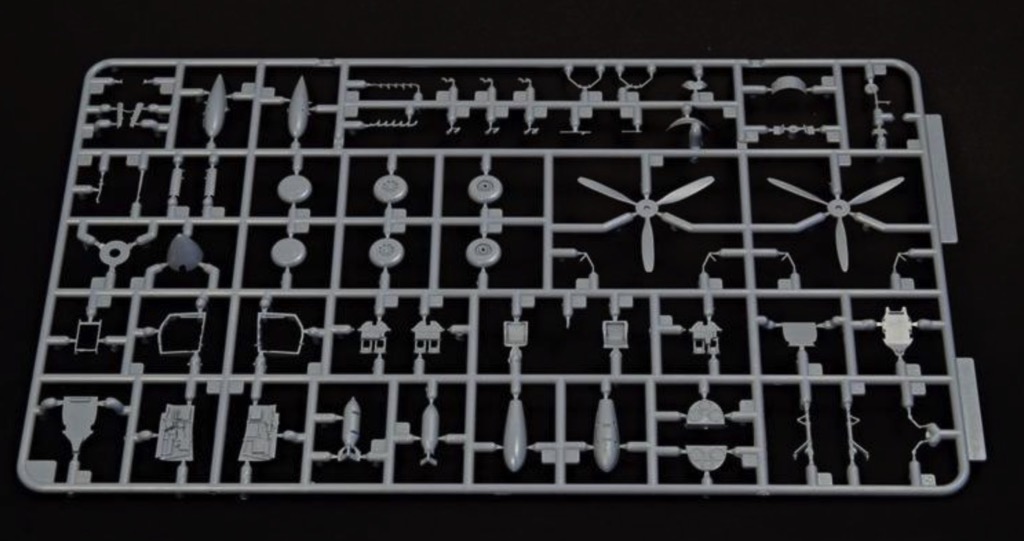 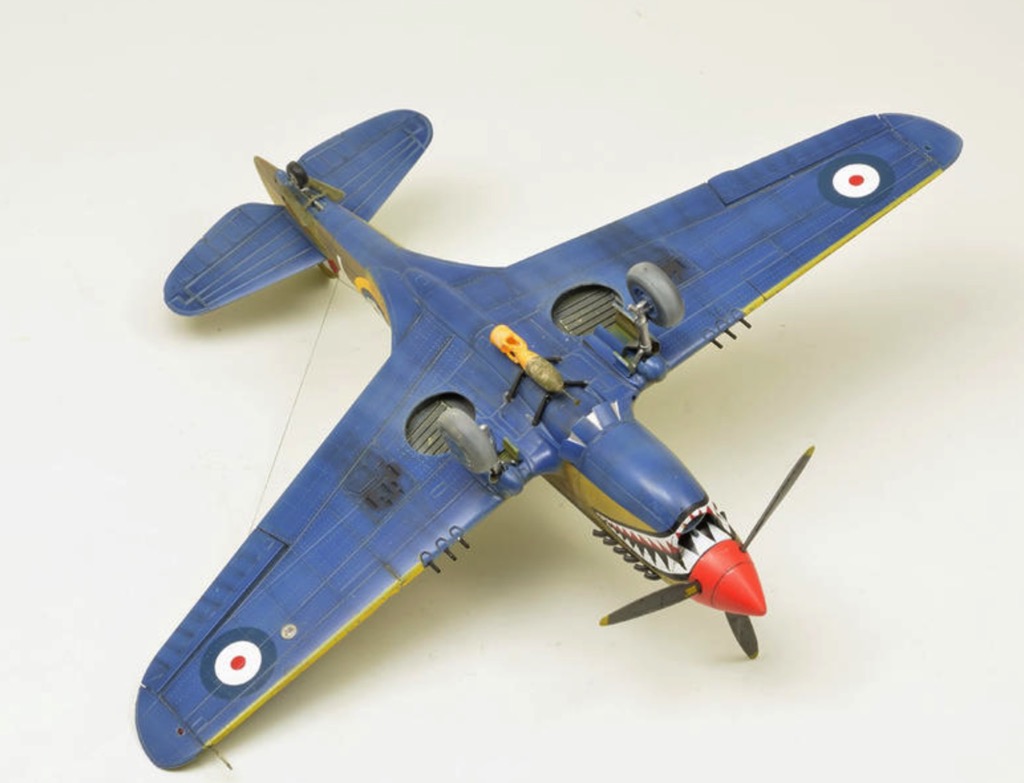 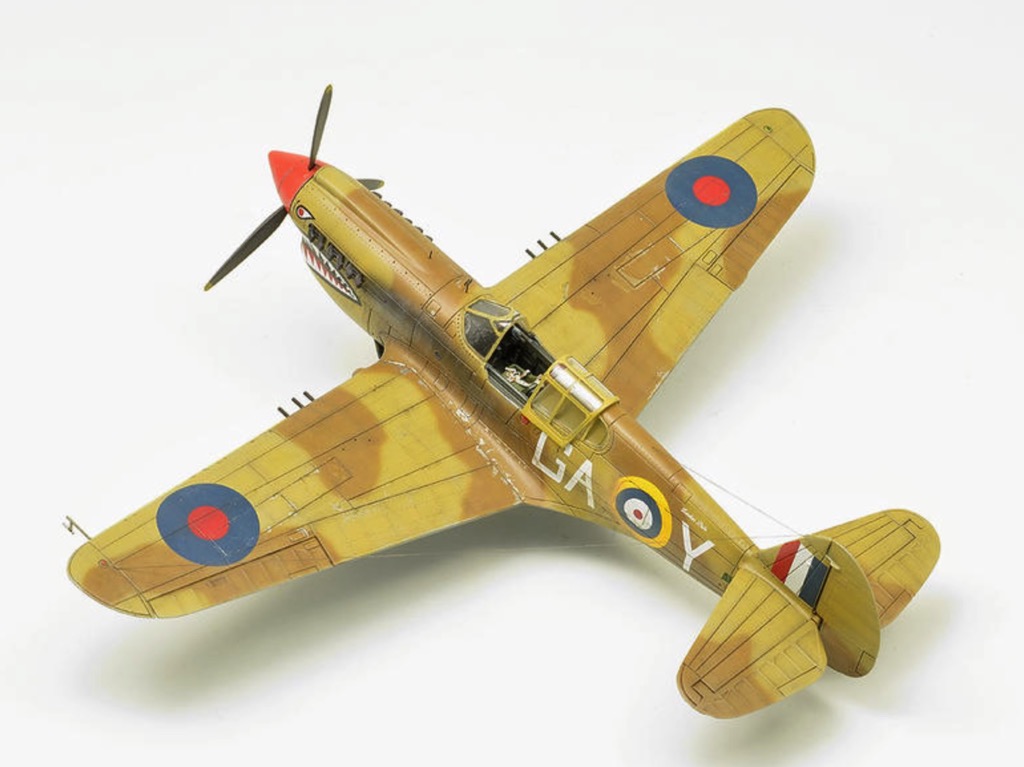 The Kittyhawk Mk.IA kit comes on two grey styrene sprues and one clear sprue with canopy parts, underwing landing light and a gun sight. The canopy parts contain the separate windshield, the rear fixed section and two sliding centre sections enabling the modeler to portray his model with either closed or open canopy

One of the sprues which offers the smaller parts have also two styles of the propeller, one with narrow chord blades for the early P-40s, the other with broad blades for later versions of the plane. This feature makes our P-40 kit the only one in production now to deal with the fact of the two different propellers. Amongst the smaller parts you can find also several other alternative parts such as for example two various exhaust stacks or two styles of the underbelly fuel tanks.

The decal options bring you a machine of the famous 112sqn RAF which had an unmistakable shark mouth painted on the cowling and was named London Pride, the second option is an Australian machine named Orace which flew in the New Guinea area and the final option is a Canadian Kittyhawk of the No 111(F) Sqn RCAF.