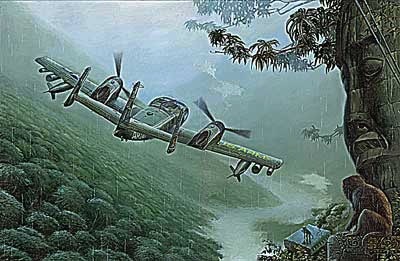 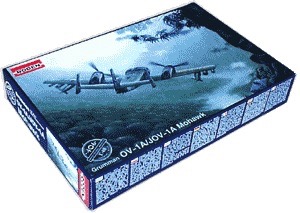 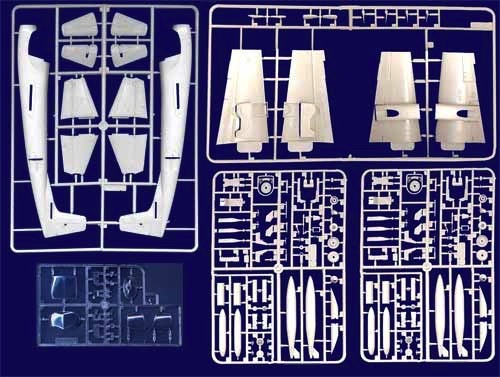 During WWII, multipurpose aircraft such as the American Piper Cub, the British Westland Lysander and the German Fiesler Storch, were used for performing multiple tasks (reconnaissance, communication, artillery spotting, etc.) with considerable success. But it seemed that the jet age that commenced at the end of the 1940s would radically change the nature of aircraft and the tasks that aviation would undertake. However, the general military doctrine of that time was based on the premise of conducting military actions using all types of existing resources, and the necessity of introducing new multi-purpose aircraft was obvious.

In 1954 the U.S. Department of Defense put out for tender a requirement for a new aircraft, which could be used, for performing the tasks mentioned above. According to the tender, this had to be a lightweight two-seater aircraft with twin turbo-prop engines. One of the principal requirements was the ability to take-off from small airfields, unsuitable for regular aircraft. Among several proposals, the winner was the G-134 aircraft designed by Grumman.

According to the requirements of naval aviation, these aircraft should also be suitable for operation from escort class aircraft carriers. However, the Navy later refused to participate in the G-134 project since it was impractical to combine the functions of two different aircraft within one project. The Army continued to finance the promising project and in the spring of 1959 the first test flights took place of the aircraft now classified as the YAO-1AF.

The aircraft had a rather strange appearance - a wide front fuselage in the cockpit area where the pilots were seated side-by-side resembled an insect's bug eyes. Unlike the original design's T-shaped tail unit, the pre-series aircraft featured a regular one, but with three vertical stabilizers. The test flights of the nine pre-serial aircraft lasted until 1961. Shortcomings were eliminated and the aircraft was recommended for series production, its code changed to OV-1A. Initially the aircraft was given the name Montauk - after one of the smaller Native American tribes; later this was changed to that of the well-known Mohawk tribe.

The first production OV-1A arrived with the US 7th Army in Germany in February 1961. The main task of early version aircraft was photoreconnaissance. A KA-60 high-resolution camera, with night photography capability, was installed inside the fuselage. Some design changes were made in response to the requests of pilots and service staff - now the front part of the fuselage could be opened, the undercarriage was reinforced and the electronics were improved. The Mohawk was the first turbo-prop aircraft received into service by the Army.

Later, new requirements were formulated for this aircraft - the ability to mark specific targets with the help of smoke pots, as well as the ability to withstand ground fire. At first the aircraft had only two pylons underneath its wings, intended for use with additional fuel tanks; shortly afterwards 54 aircraft were returned to service stations for additional pylon installation.

As a result, the modified wing design provided six pylons, able to carry containers for 2.75-inch missiles, 500-pound bombs, or 5-inch Zuni missiles. Six modified aircraft, known as the JOV-1A, were sent to Vietnam where they underwent tests with the 23rd Special Aviation Group.

This short experience persuaded the Army commands that an air force is a more efficient operator of aviation than the Army, and a decision was reached that the JOV-1A experiment should be stopped. The aircraft was renamed the OV-1A and it no longer performed the duties of army air support, although it was decided not to remove the pylons. The OV-1A Mohawk was still conducting photoreconnaissance missions, and it was frequently fitted with armament for self defense purposes.