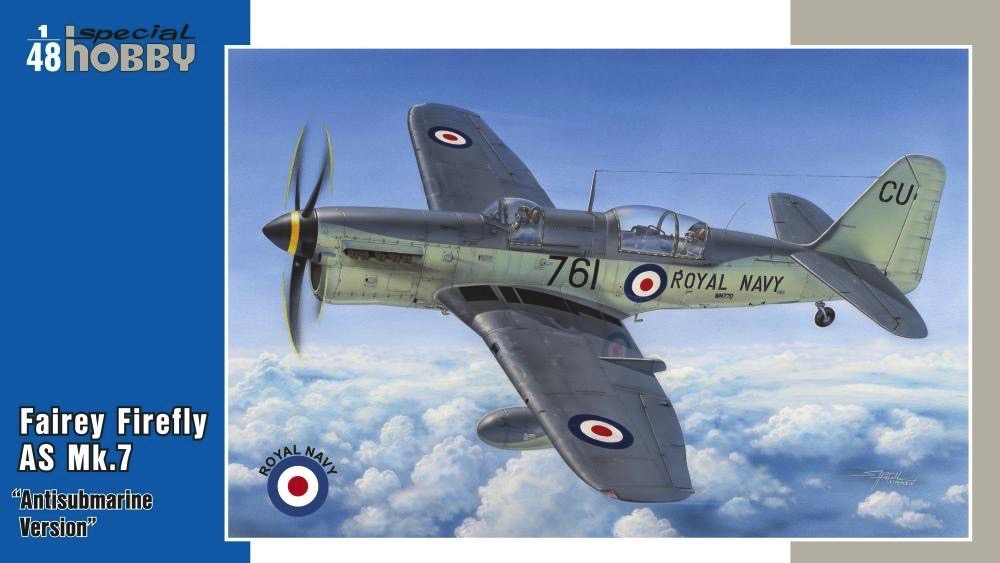 With the still growing threat from Soviet submarines in the 1950s, the Royal Navy urgently needed suitable anti-submarine aircraft. The development of the Fairey Gannet was delayed, and so a new version of the Firefly fighter and ground-attack aircraft was ordered. This new version, known as the AS Mk.7, was to be manned by a crew of three, because two operators were needed for the anti-sub missions. The aircraft was produced in two versions, for combat and also for training purposes. In comparison with the earlier versions, the AS Mk.7 was equipped with a larger wing and tailfin.

The model consists of six sprues with grey plastic parts, one sprue of clear parts, you can find there also a optional vac-formed bulged canopy of the operators cockpit, undercarriage bay resin parts, exhausts and air intakes. The decals come with four options, all of them in post-war RN camouflage scheme. The machines depicted there are in fact only three, but one of them is in two various schemes known from contemporary photographs