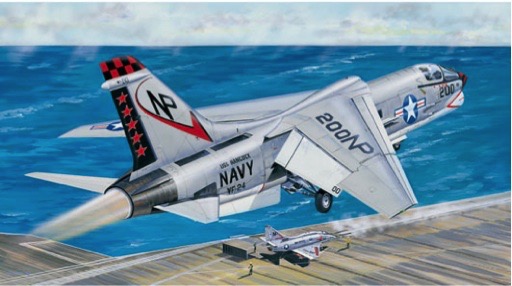 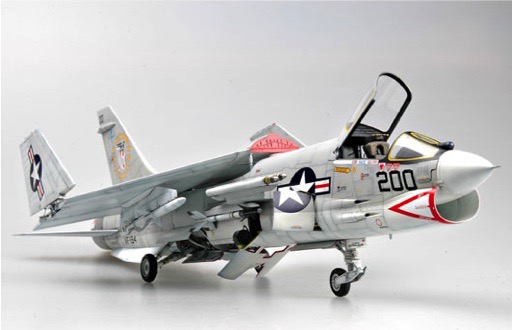 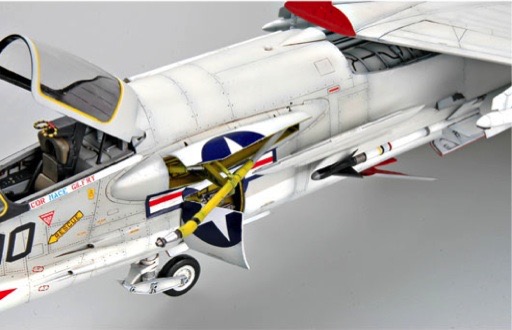 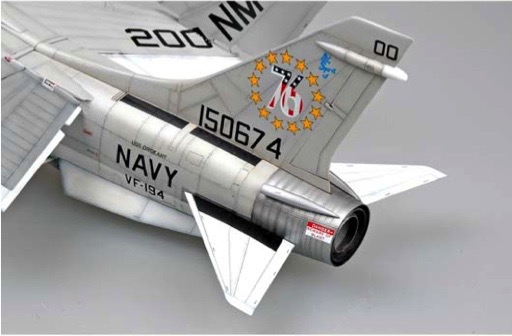 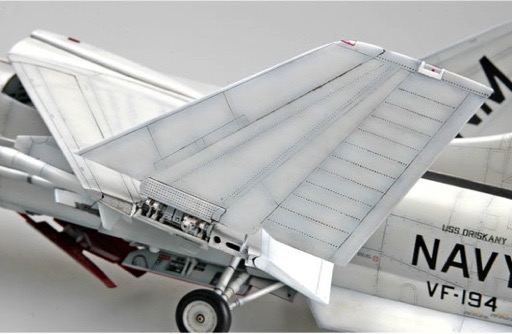 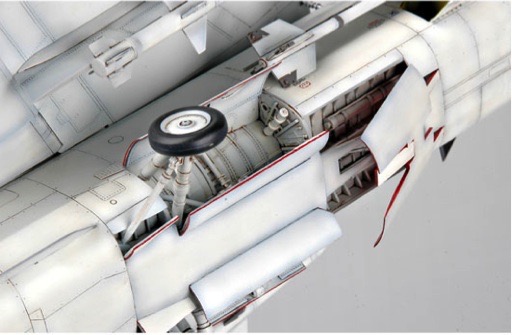 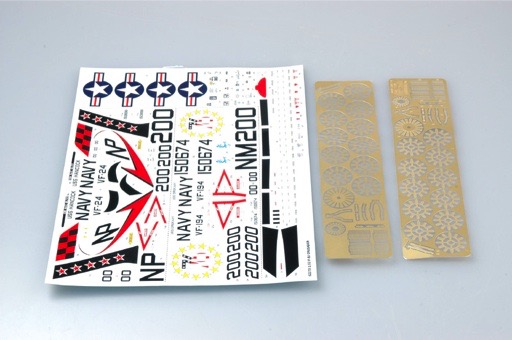 The F-8 Crusader was one of the first true supersonic carrier-based fighter aircraft to be developed. In 1952, the US Navy was modernizing its carrier fighter force. From all the proposals, the new F-8 Crusader stood out and won the competition, it's maiden flight taking place on March 25th 1955. The design of the F-8 was unique in that the pitch of the entire wing could be adjusted in flight (up to +7 degrees) to allow for a proper angle of approach at low speeds. This was necessary for carrier landings, The Crusader had a very impressive combat record with the Navy and Marine Corps in Vietnam, and was nicknamed "the Mig killer" because of its numerous victories over these jets. In fact, the F-8 shot down 14 Mig-17s and 4 Mig-21s during the Vietnam war. The F-8J was the last upgrade of the F-8.The F-8J had a larger horizontal It received a system of flaps, which efficiently reduced the approach speed for carrier landings and the installation of the double-droop fullspan leading edge.