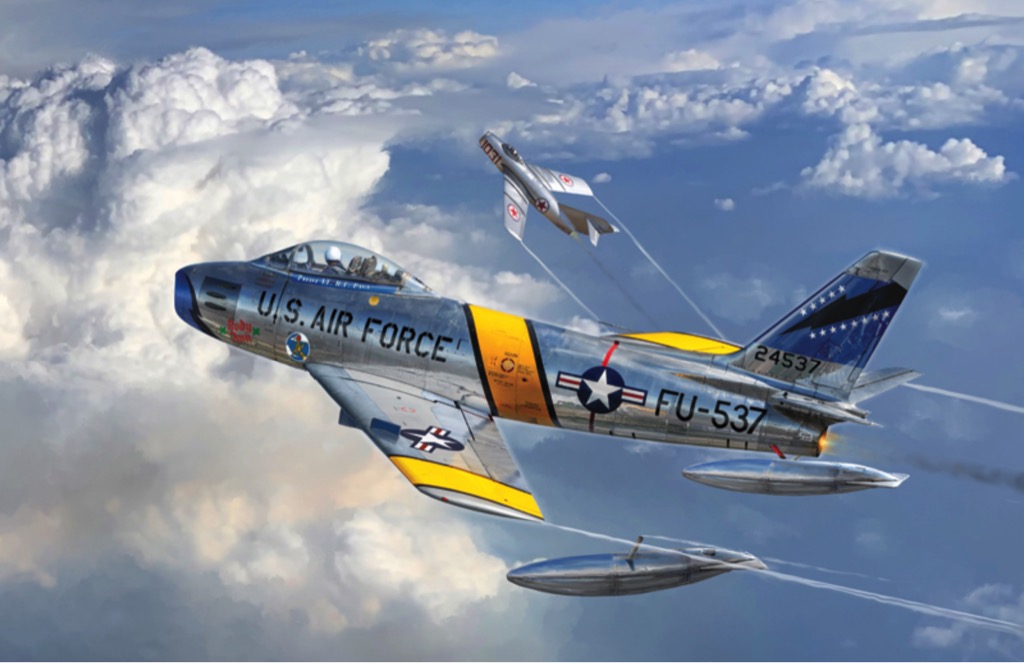 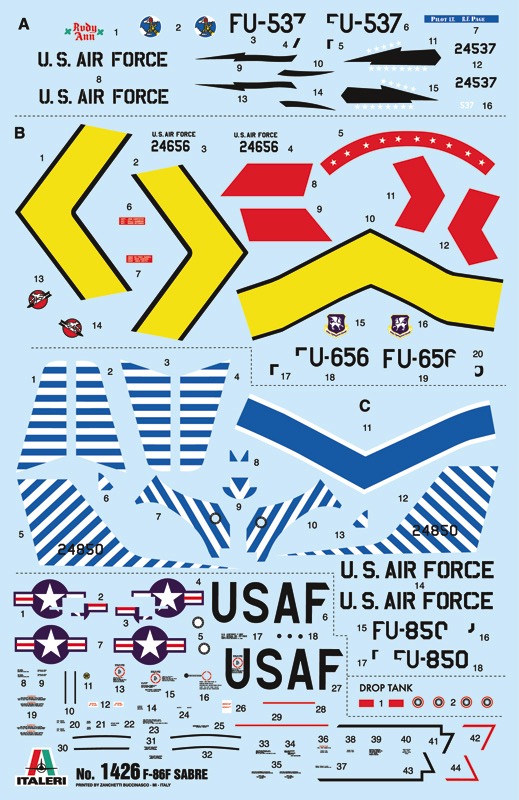 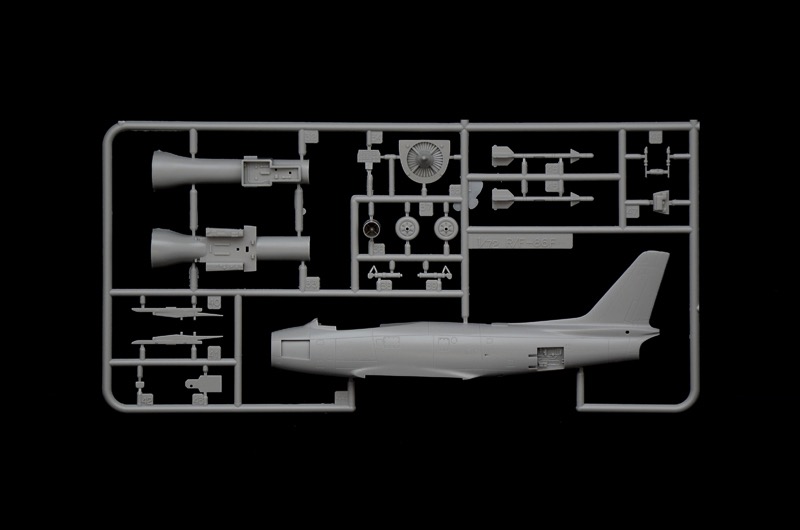 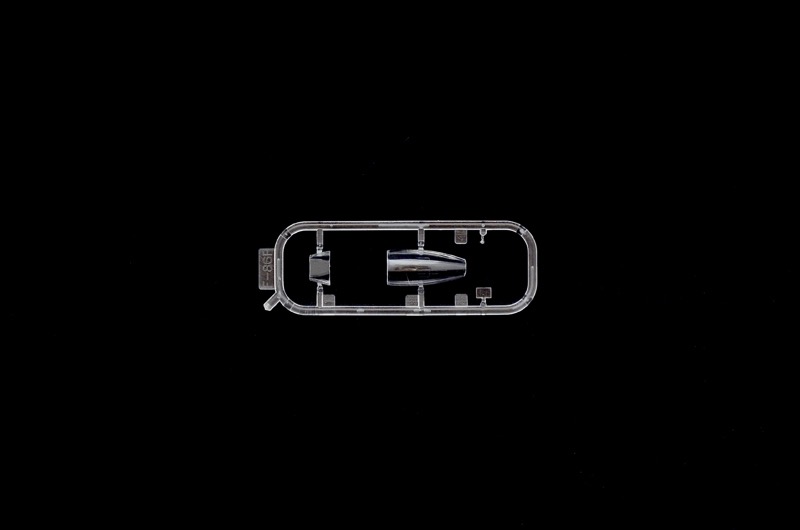 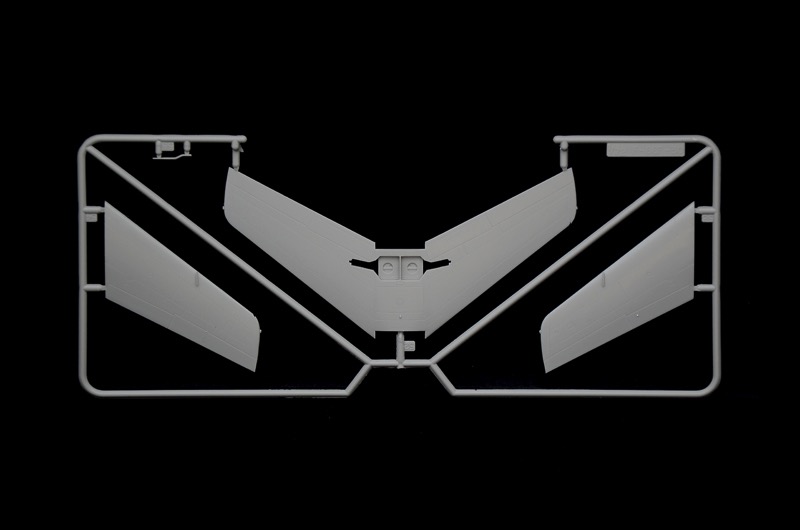 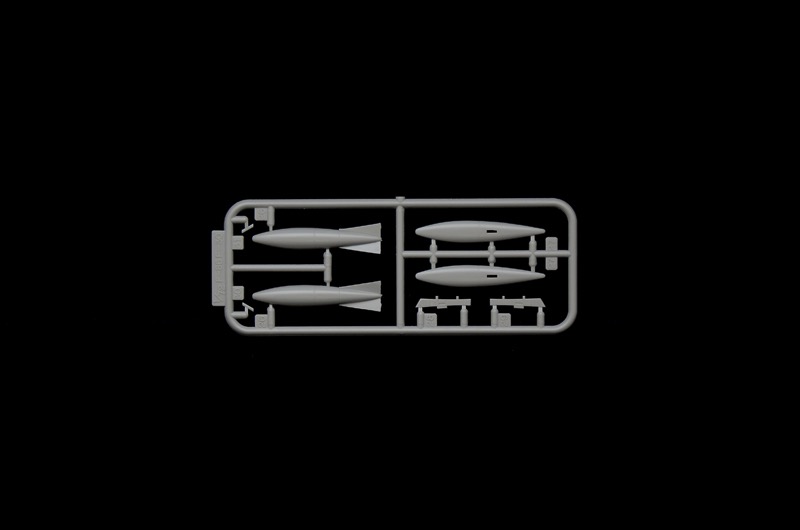 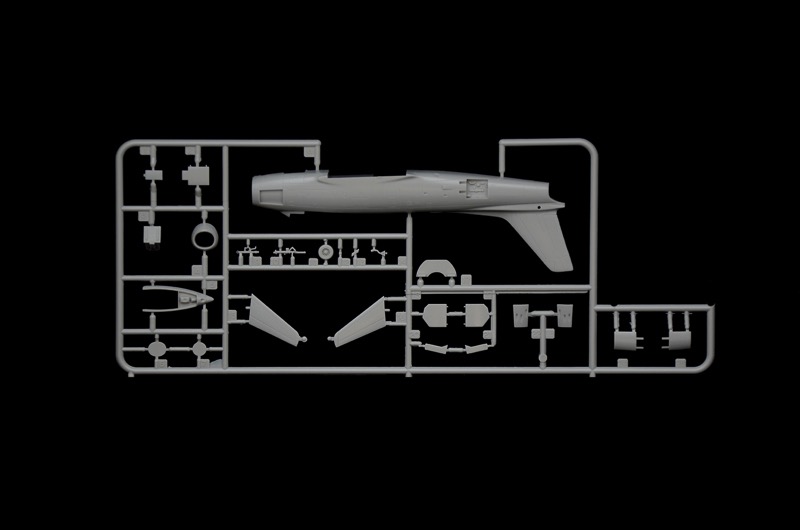 The single-engine jet fighter F-86 Sabre was developed by the American aircraft company North American in the late 1940s and became a symbol of post-war military aviation. The F-86 featured the adoption of the typical swept-wing, the large front air intake and the use of the General-Electric J47 jet engine. The fighter flight performance was impressive for the time and very different from the propeller-driven fighters. The Sabre was armed with six M3 12.7 mm. Browning machine guns installed in the nose. It was widely used by the U.S.A.F. and it played a key role during the Korean War where it could counter the Soviet fighter Mikoyan-Gurevich Mig-15, in the first high-speed jet planes dogfights in the history. The F-86 proved to be extremely effective and a lot of American pilots earned the designation of "ace" during the Korean war with a high number of victories against the enemy planes.