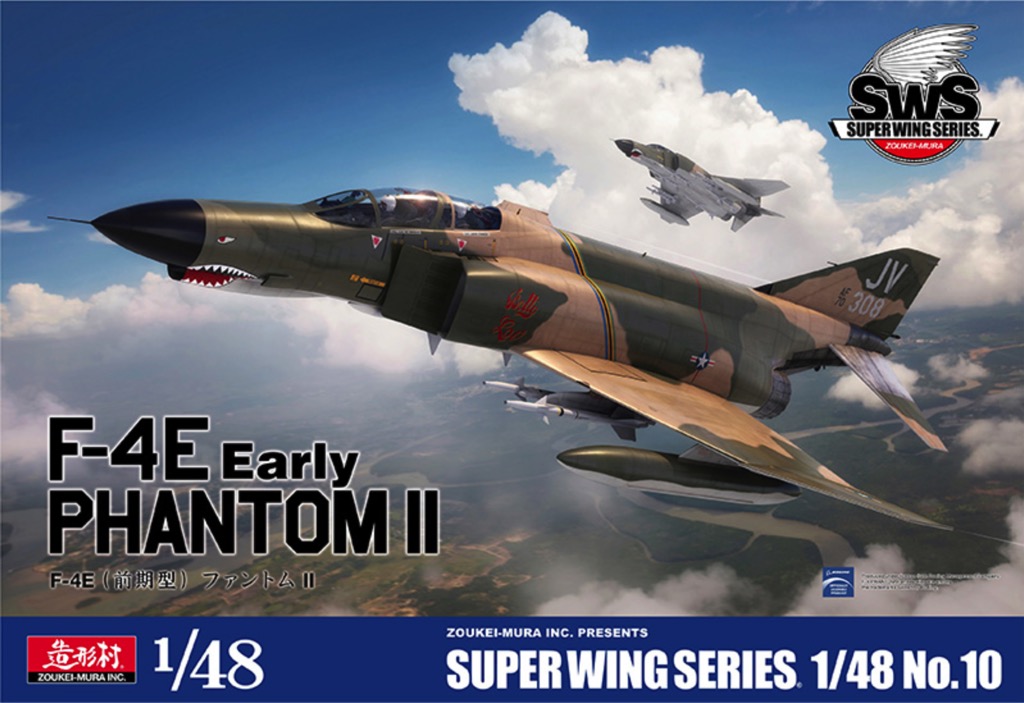 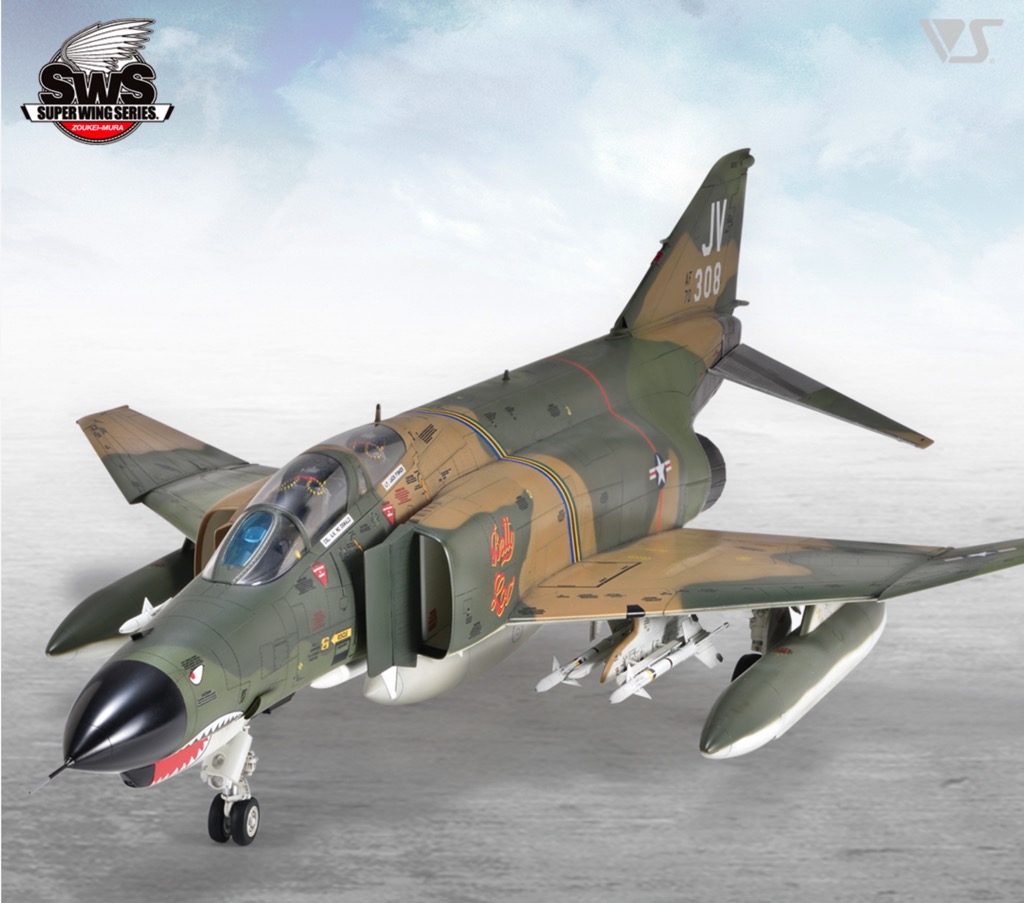 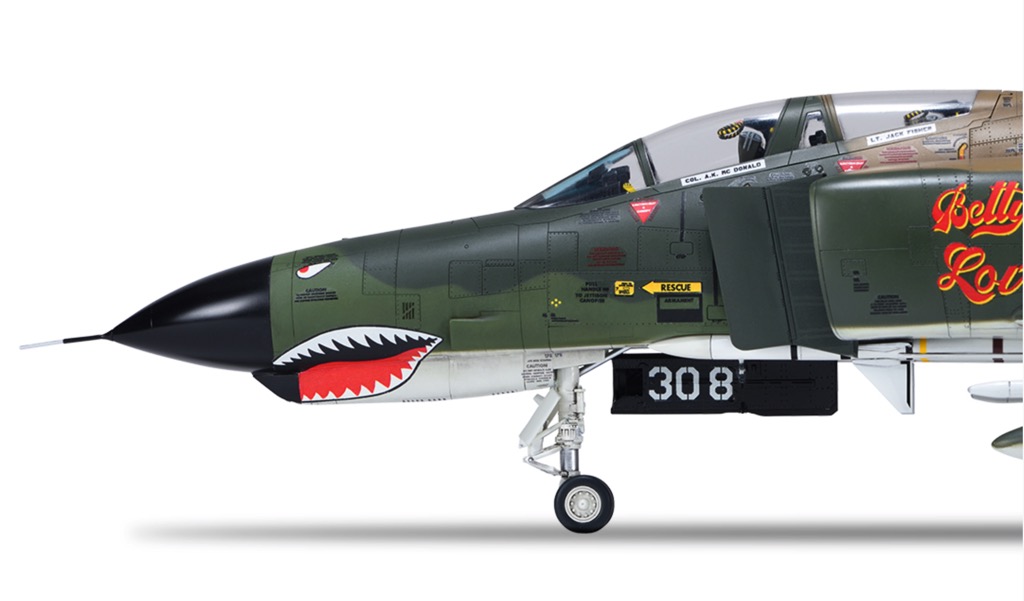 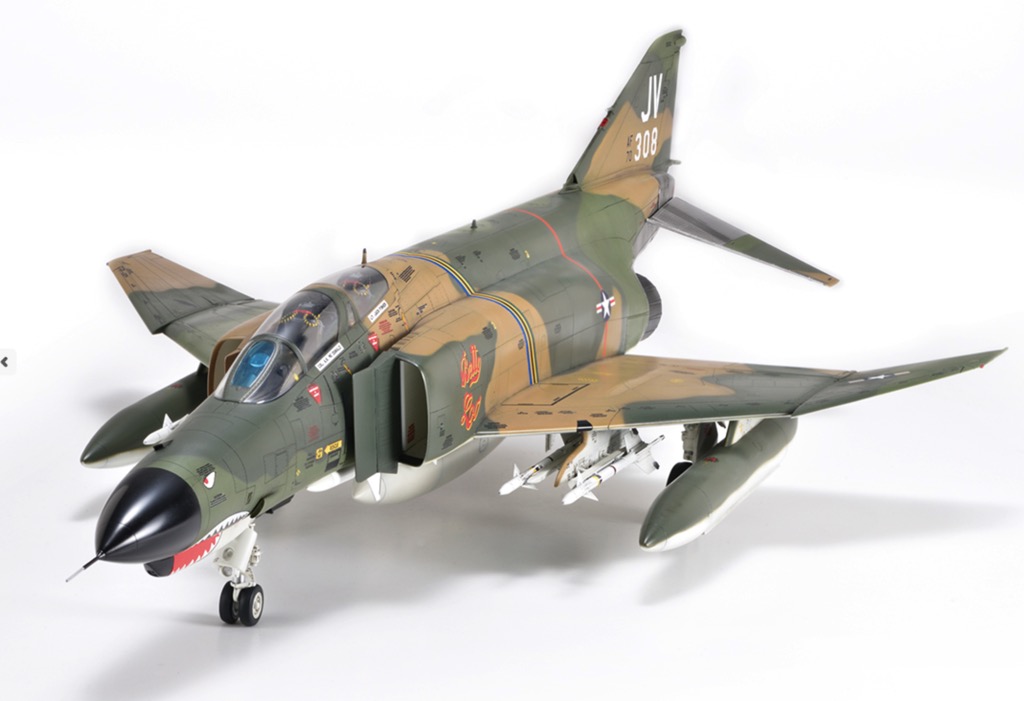 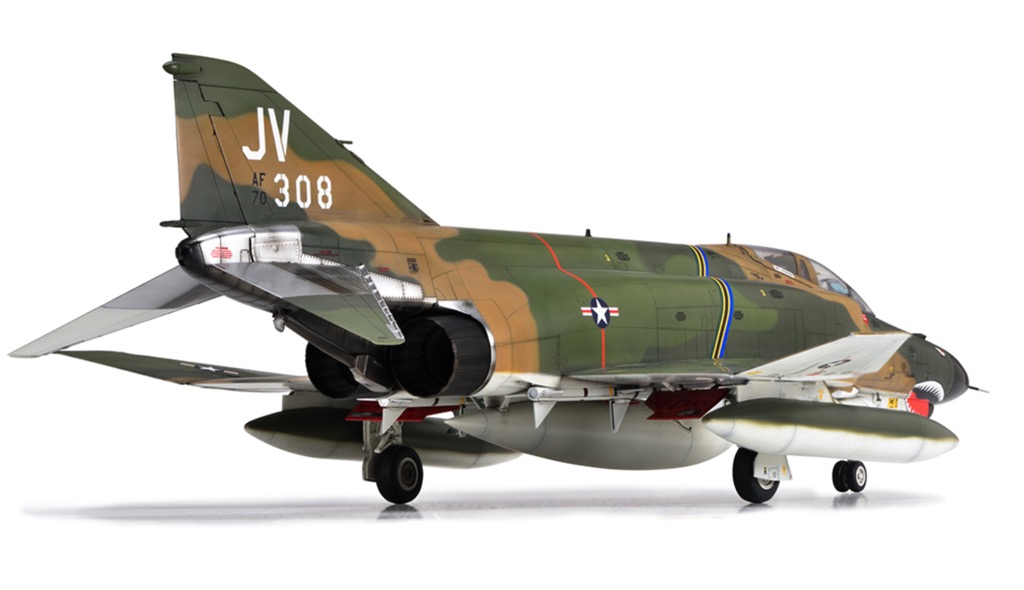 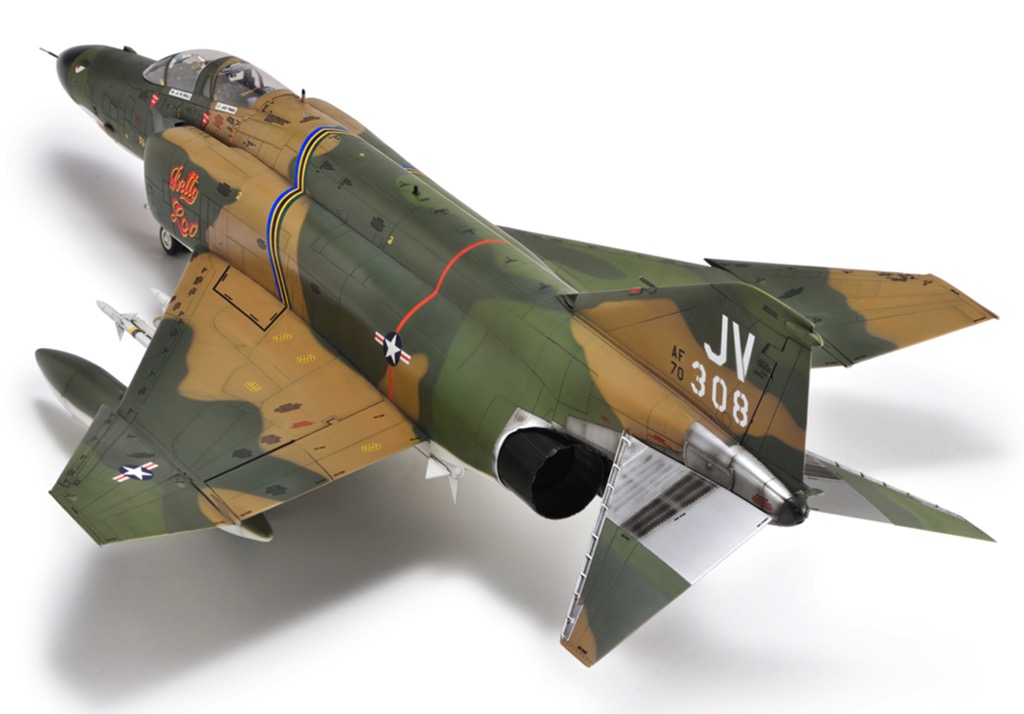 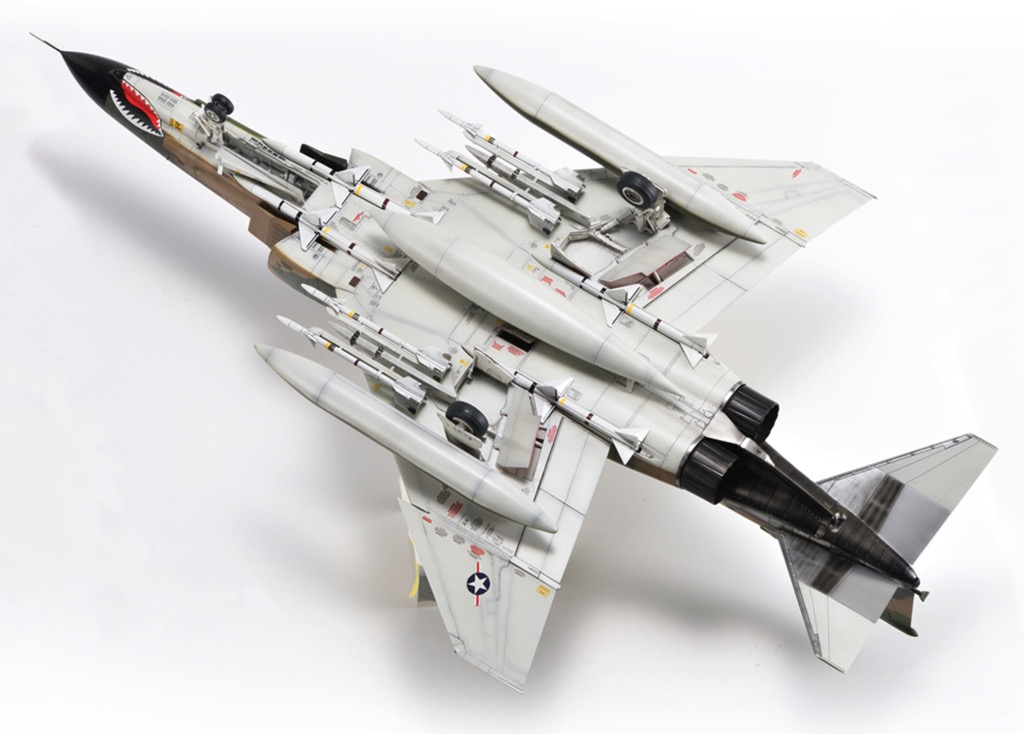 Backordered (Sign up for an email
notification when it's
back in stock!)$75.00

There is nothing like the joy of comprehensively exploring the F-4 series with SWS kits. For the long-nose versions, SWS has selected to recreate seven types: E (early and late production), EJ/EJ-Kai, F/F ICE, and G. All subjects are extensively researched on every aspect, including examination of actual aircraft, to even further improve upon the accurate, beautiful form and ease of assembly from the short-nose SWS kits.

The "Betty Lou" F-4E of the 469th TFS, 388th TFW (Serial No. 67-0308) This F-4E nicknamed "Betty Lou" of the 469th Tactical Fighter Squadron from the 388th Tactical Fighter Wing was deployed to Korat Royal Thai Air Force Base in November 1968. Its "shark mouth" had originally been painted when it was used for crew training by the 40th TFS/33rd TFW stationed at Eglin Air Force Base and the design passed along with the aircraft.