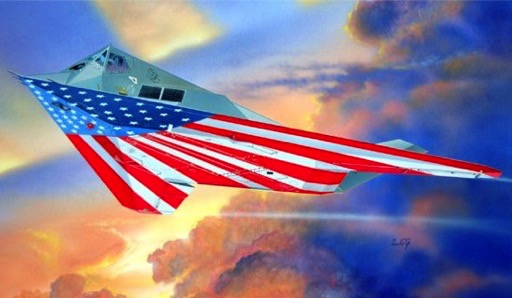 This aircraft was secretly developed for the U.S. Air Force during the eighties. It became the first airplane built with very special aerodynamic features and materials that make it almost impossible to be detected by radar while attacking enemy objectives. The validity of this Stealth aircraft has been demonstrated during the Gulf war in 1990/91 and during the Balcan conflict in 1999.