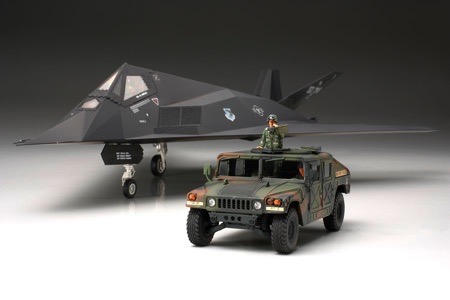 With the new combination packaging of the F-117A and the U.S. Modern 4x4 Utility Vehicle, model builders will get a set with terrific value. During the Gulf War, the F-117A was based at the King Khalid International Airport in Saudi Arabia, which was under the constant protective eye of the Modern 4x4 Utility Vehicle. The box art of the package shows an image which reflects the tension of the situation in those times.