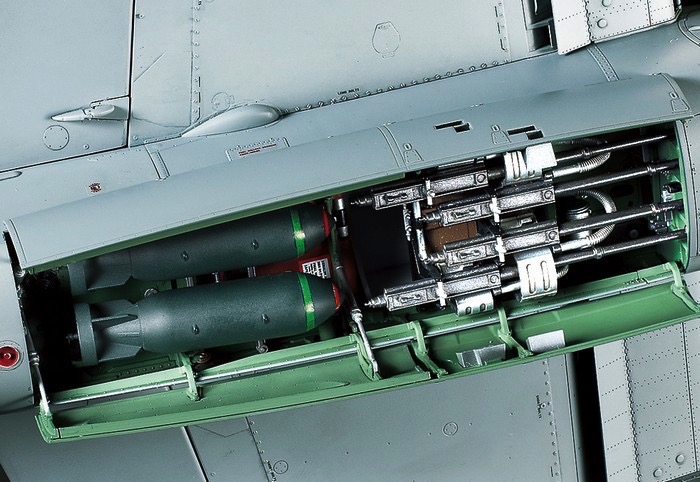 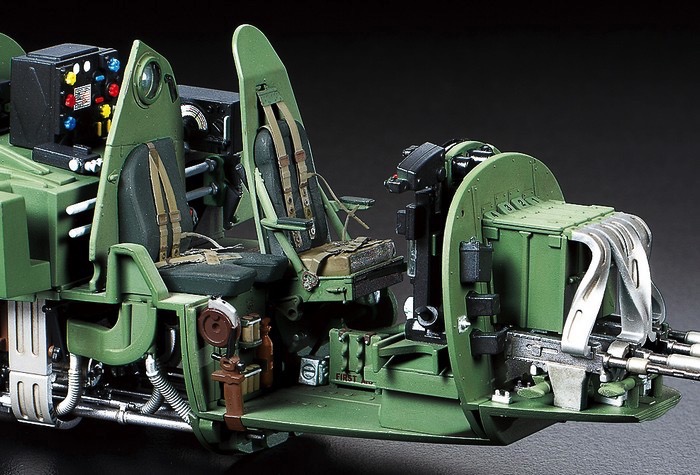 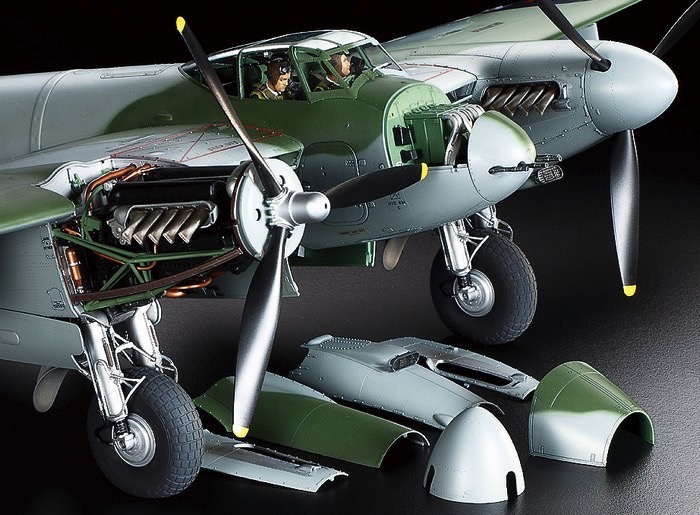 The "Wooden Wonder" makes an appearance in highly impressive 1/32 scale! That was the nickname given to the De Havilland Mosquito series of aircraft, an ingenious and beautiful design which saw the versatile airplane made almost entirely of wood. By the late 1930s, when design work on the Mosquito started, metal was the overwhelmingly favored medium. However, the Mosquito's designer foresaw that metal would become a precious resource in the probable war ahead; what was more, his highly lightweight wooden aircraft would be able to outrun heavier metal opponents. Constructed mainly from balsa wood sandwiched between sheets of birch, the Mosquito was originally designed as a weaponless bomber; once the armed forces and designers realized that the aircraft could withstand enemy fire even if it was caught, a number of variants were produced.

The FB Mk.VI debuted in the Spring of 1943: this fighter-bomber variant packed four 7.7mm machine guns in the nose, plus four powerful 20mm auto cannons and the ability to mount four 500lb bombs. Its outstanding speed and range ensured that the FB Mk.VI was used in a range of missions, including raids on important targets and infrastructure in the German homeland. It is often said that, until the advent of the Messerschmitt Me262, the German Luftwaffe did not have an adequate response to the "Mossie".

The Tamiya 1/32 Mosquito release found in U.S. hobby shops will include some special parts not found in other markets. The U.S. kits will include two extra "F" parts and one extra "E" parts sprue. These parts are special because they are molded in CLEAR plastic.

The standard and included "F & E" parts are molded in GREY. The extra sprues are the engine cowling parts that cover the engine compartment. Since they are clear it will allow U.S. modelers to uniquely display the highly detailed Merlin engines found on the Mosquito!