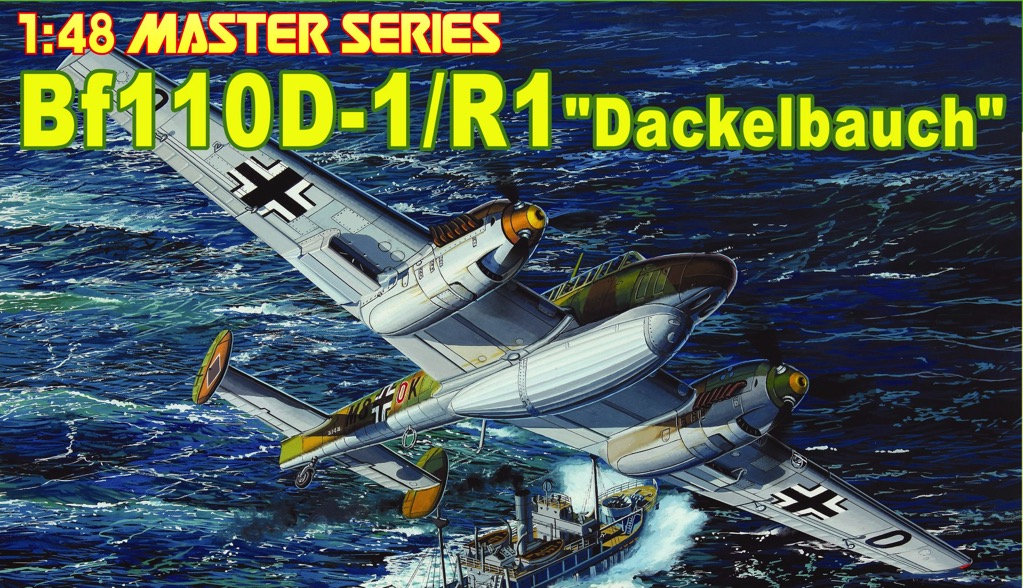 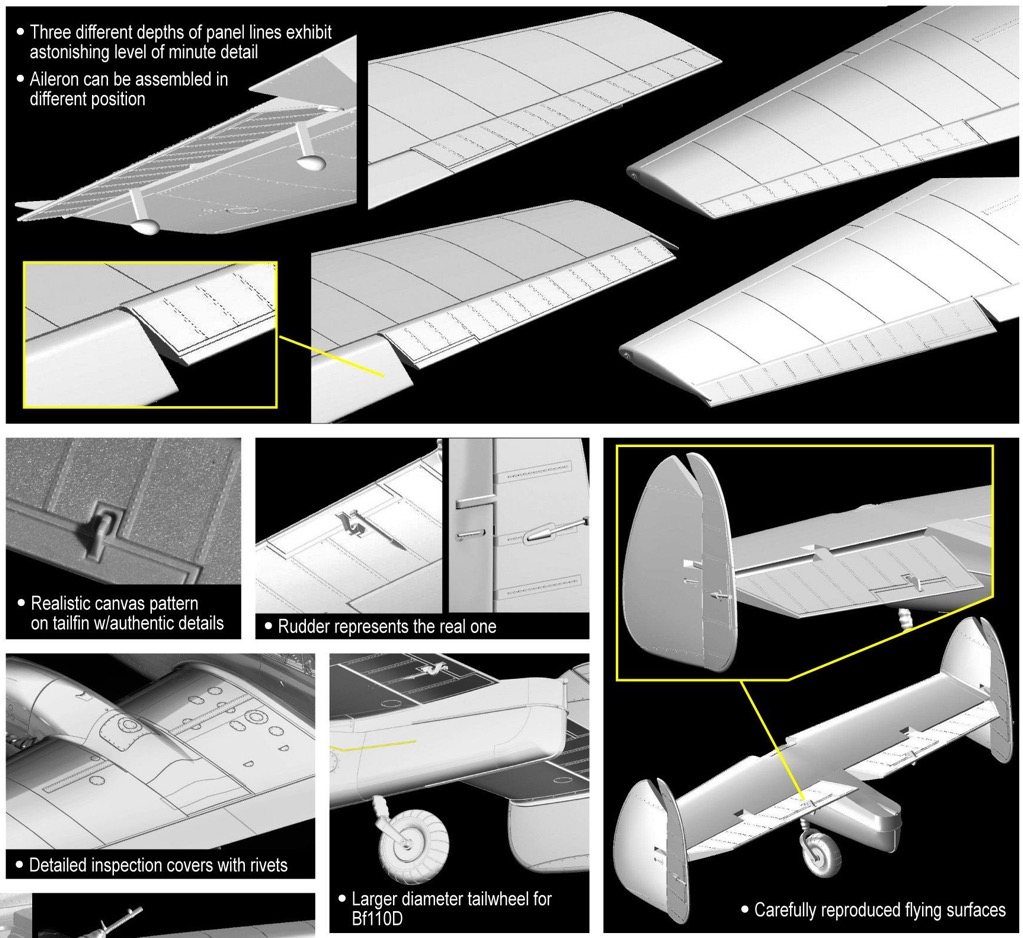 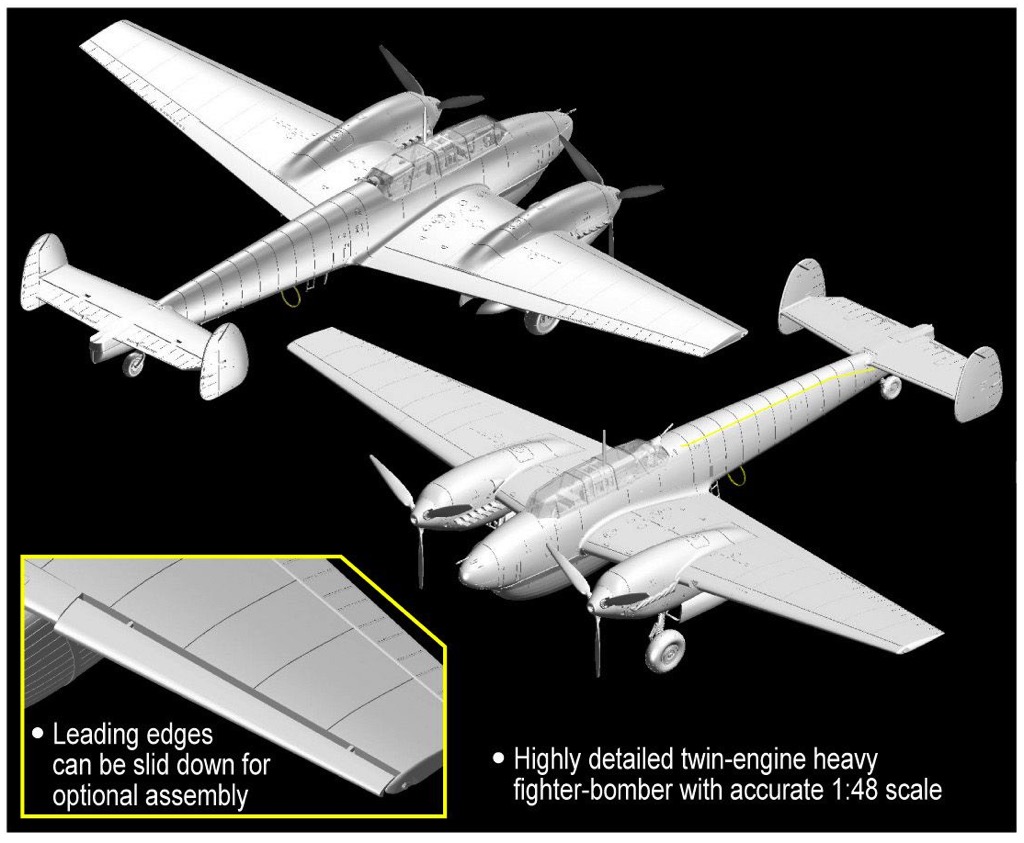 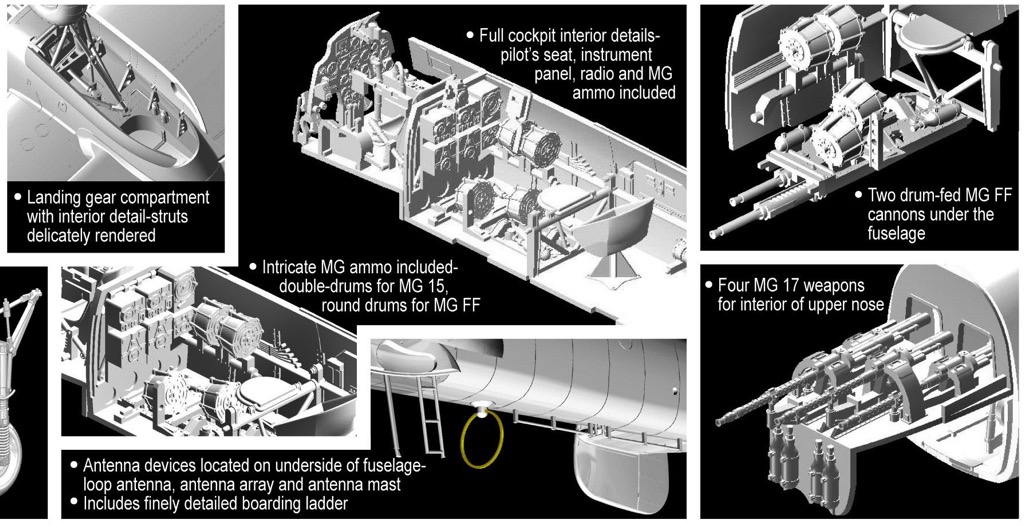 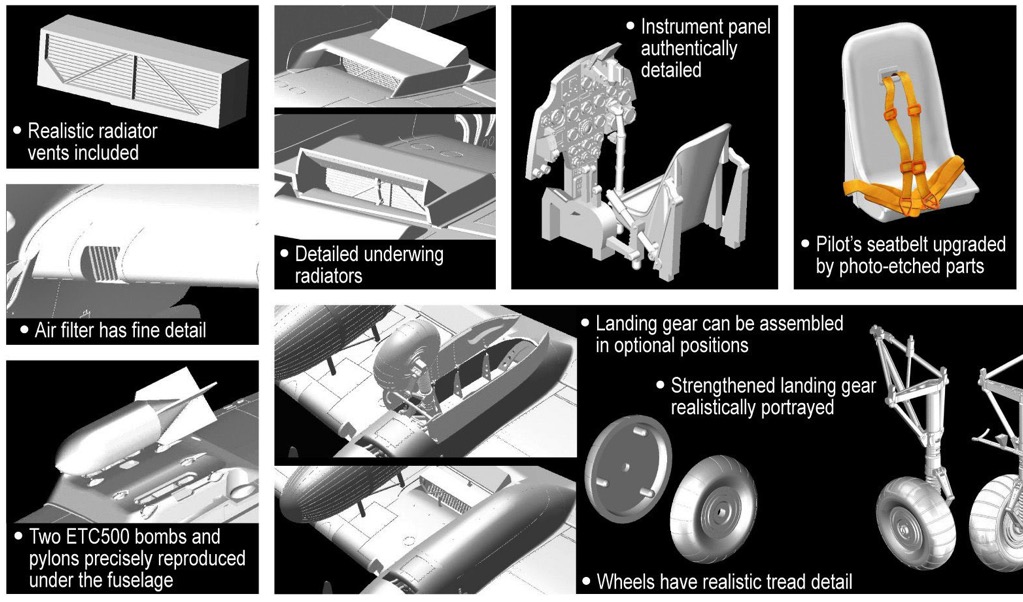 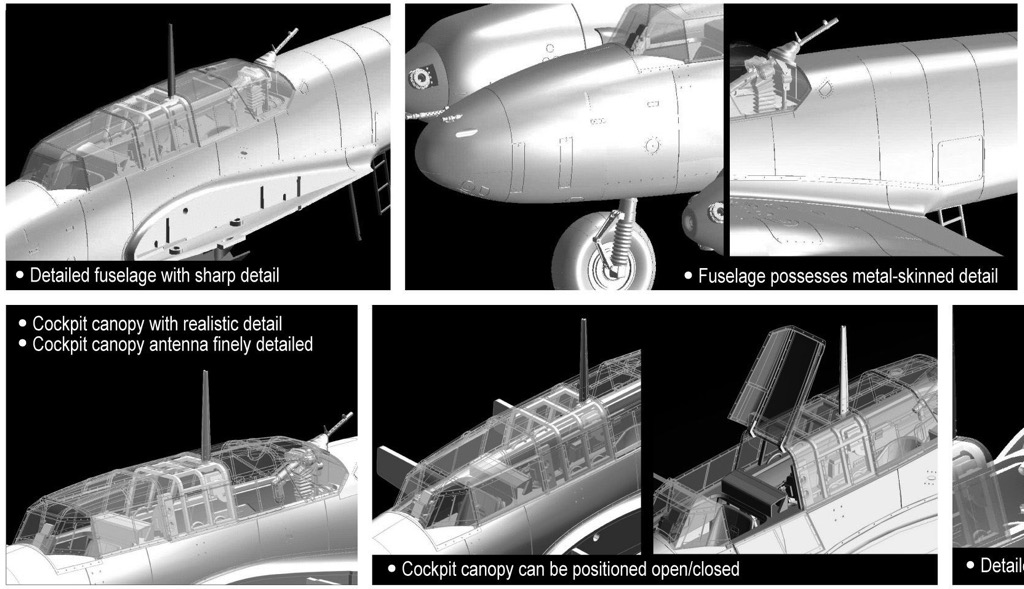 The original Bf110 aircraft built by Messerschmitt was a twin-engine heavy fighter, a type the Germans referred to as Zersto"rer ("Destroyer"). This aircraft's greatest success was early on in WWII, but its innate weakness of a lack of aerial agility was dangerously exposed during the Battle of Britain. The Bf110D, based on the preceding C model, was a Zersto"rer specially designed for long-range missions. It came about at the time of the Norwegian campaign, where the need for a long-range anti-shipping aircraft became apparent. The Bf110D-1/R-1 was the first attempt at creating a long-range shipping patrol aircraft, and its key characteristic was the addition of a huge 1,200-liter external belly tank. First appearing in May 1940, the performance of the Bf110D-1/R-1 was adversely affected by the weight of this Dackelbauch ("Daschund belly") fuel tank. Only the poor quality of Allied aircraft during the Norwegian campaign staved off disaster for this version, although later variants incorporated improvements.

Cyber Hobby has already successfully released a 1/48 scale model of the Bf110D-3, and now comes a new one of the earlier D-1. The 1/48 kit provides a level of detail comparable to that found on larger 1/32 scale kits, meaning it has high-quality parts, accurate details and ease of assembly. The Dackelbauch is realistically reproduced for fitting under the fuselage. One innovation is that all ailerons and rudders can be modeled in different positions according to the modeler's wishes. Detail on this kit is finely executed, with true-to-scale panel lines carefully represented. This is an extremely well-crafted model in the Cyber Hobby range, so for aircraft modelers seeking something that will go a bit further, this long-range and "big-bellied" Bf110D-1/R-1 is the solution!