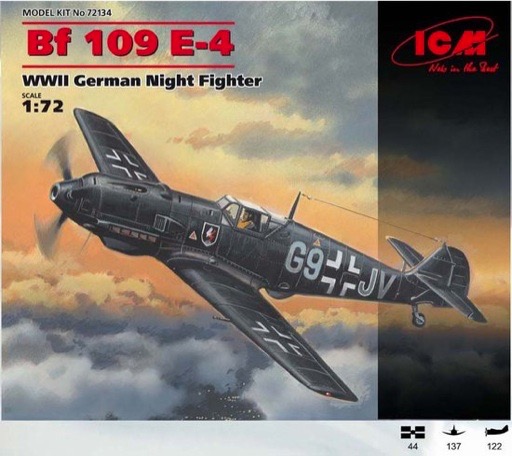 The Messerschmitt Bf 109 was a German World War II fighter aircraft designed by Willy Messerschmitt in the early 1930s. It was one of the first true modern fighters of the era, including such features as an all-metal monocoque construction, a closed canopy, and retractable landing gear.

The Bf 109 was produced in greater quantities than any other fighter aircraft in history. A total of 2,193 Bf 109 A-E were built prewar, from 1936 to August 1939. Starting at beginning of the Battle of Britain with many airframes being upgraded to E-4 standards, which was different in some small details, most notably by the modified MG-FF/M wing cannon and by improved head armor for the pilot.