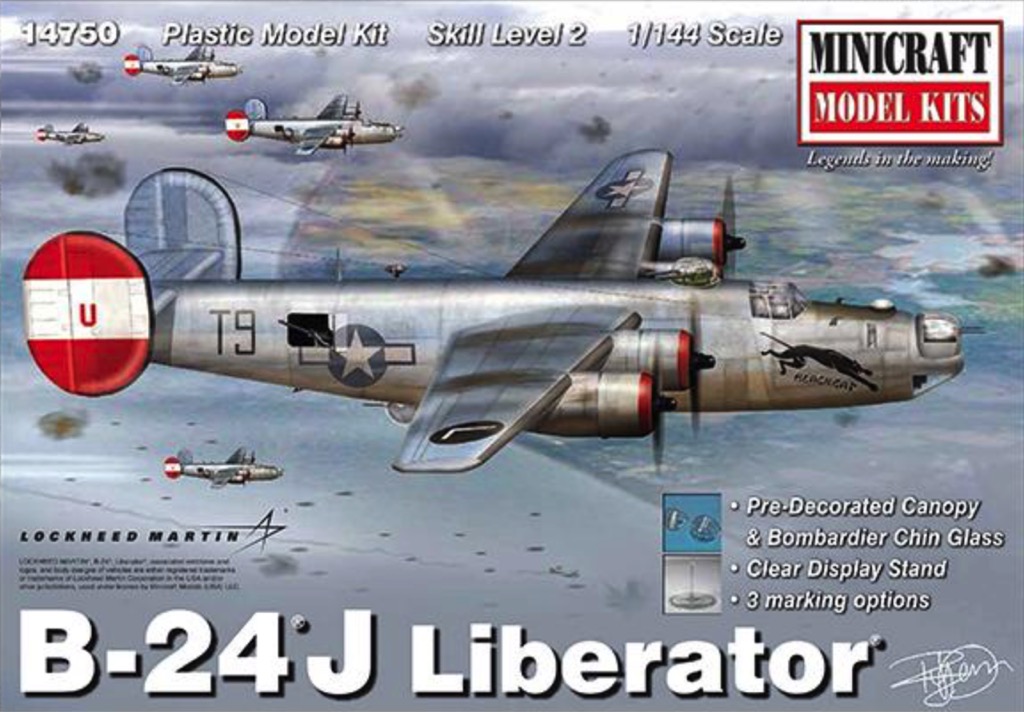 The B-24 Liberator was designed for use as a heavy bomber and employed in Europe and the Pacific by the United States Army Air Force and allied Air Force units all over the world. During World War II more B-24's were produced than any other aircraft. This new Minicraft 1/144 B-24J features new marks representing 3 aircraft operated by the United States Army Air Force 8'Th Air force during the daylight strategic bombing campaign against the German Reich. This kit features high-quality decals printed by Cartograf, and the new Minicraft clear stand for display "in flight".