Avro Lancaster B Mk.I/III
Tamiya Models and Paints
Less than $130.40 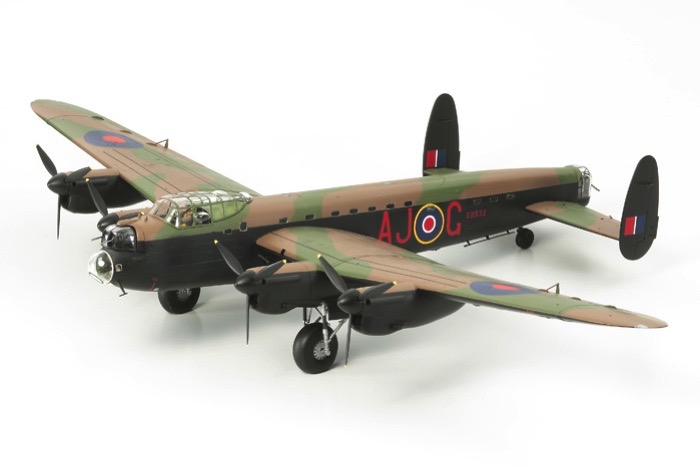 The Avro Lancaster was one of the RAF's main heavy bombers during WWII. Among the many variants, the Mk.III "Dambuster" and Mk.I "Grand Slam Bomber" were best known and the most famous. The "Dambuster" was modified to attack dams in Germany. It was equipped with special bouncing bombs which would skip across the water to the dam wall and explode below the surface of water to inflict structural damage. The "Grand Slam Bomber" was designed to carry the 10-ton Grand Slam earthquake bomb and its bomb bay doors and dorsal machine guns were removed to reduce weight in order to do so. These Lancaster's used the Grand Slam on such important targets such as U-boat bases and rocket manufacturing sites. The Tamiya model faithfully captures all the detail of this historic and famous WWII aircraft in 1/48 scale