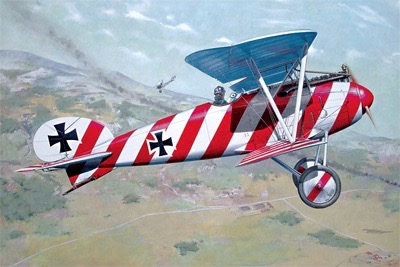 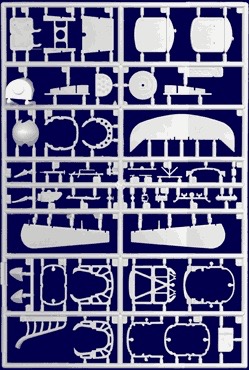 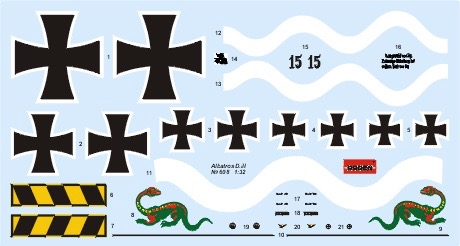 The appearance of the Albatros D.I and D.I2 fighters in 1916 was a very important technical breakthrough in the history of the development of German fighter aircraft. English and French pilots now faced a formidable opponent which eliminated their previous advantage in the air. However, the nations of the Triple Entente wasted little time in producing an answer, and the appearance of the neat little Nieuport 11 Bebe in the sky became a real shock for Germans. The Nieuport sesquiplane with its diminutive size and unsurpassed maneuverability compelled the Germans to modify the design of the Albatros D.III in a radical way.

In this fashion one of the finest German developments of the Great War period was born. It was with this type that Germany recovered its superiority in the air in 1917, and Allied pilots now had to take account of a serious and very dangerous opponent.

The speed of development in military aviation was improbably fast in those days. Having only just appeared in any quantity at the Front, the Albatros D.III soon had to give way to its successor from Albatros the new Albatros D.V. At the same time, the previous order for the Albatros D.III had still not been completed, and aircraft were required at the Front in impossibly large quantities. It was decided to pass on the manufacture of the Albatros D.III to the firm's OAW branch in Schneidemuhl, thus the main factory in Johannisthal would concentrate on the release of the D.V. In April of 1917 the OAW factory received an initial order for 200 fighters, and eventually over 800 were to be required by the end of that year.

The situation became even more pressured, when early build Albatros D.V machines, soon after delivery to the front, were returned to the factory for the elimination of design faults. The Albatros D.III was the reliable 'workhorse' of the German Army, and its production was constantly increased. In June of 1917 the first licensed machines passed their tests. There was a number of concerns about the machine, however they were insignificant. The final verdict was more than positive: the plane could be passed directly to the Front. German experts, and such as the famous Manfred von Richthofen, declared that in comparison with the Albatros D.V its predecessor was better in many technical respects; and constant problems with wing construction in the D.V constantly sidelined it during the most important moments of the military campaigns of 1917.

Visually, the machines produced by the two different factories (Albatros and OAW) differed only in the shape of the rudder the Albatros machines had straighter lines, as their predecessors had, while the rudder of the OAW machines had a more rounded outline. Another slight difference was in the form of the hood near the armament's recharge mechanism. Some of the machines had their wing radiator shifted from the centerline. Furthermore, an additional wing radiator was fitted to fighters sent to the Front in Mesopotamia and Palestine.

As a whole, the OAW firm built 838 Albatros D.III's, in comparison with 500 built by Albatros itself. They took part in combat on the Western Front until the final days of WWI. Some of the machines were used in experiments the rocket pioneer Rudolf Nebel experimented with rocket launchers, for the intended interception of British bombers; and there were plans for the use of the D.III as a parasite fighter under huge Zeppelins. The Albatros D.III (OAW) was at war on every front, from France to the Near East, and it figures large in the history of aviation as one of the most successful early fighting aircraft.