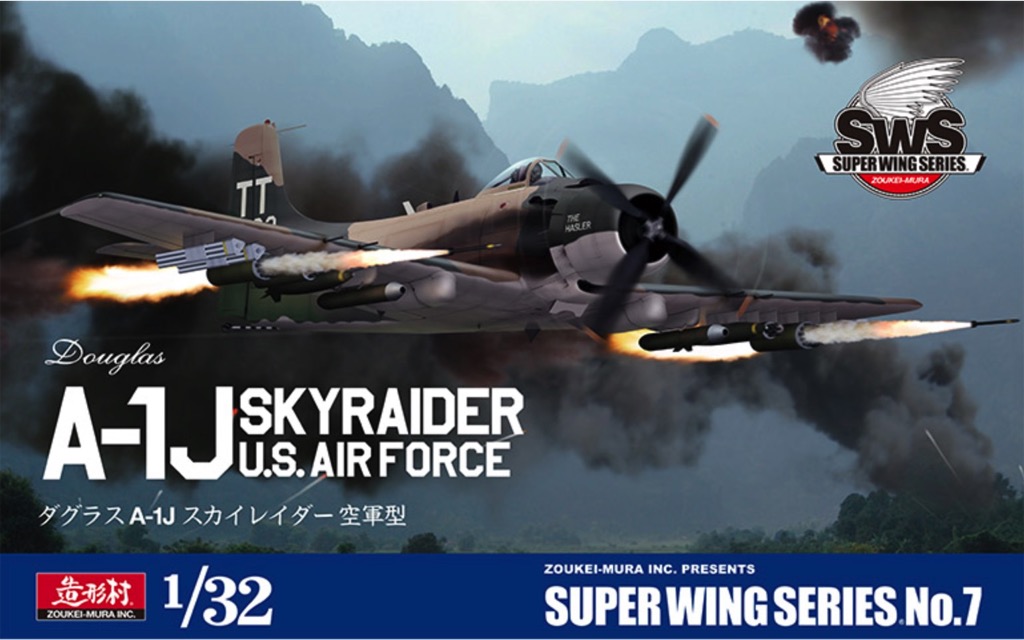 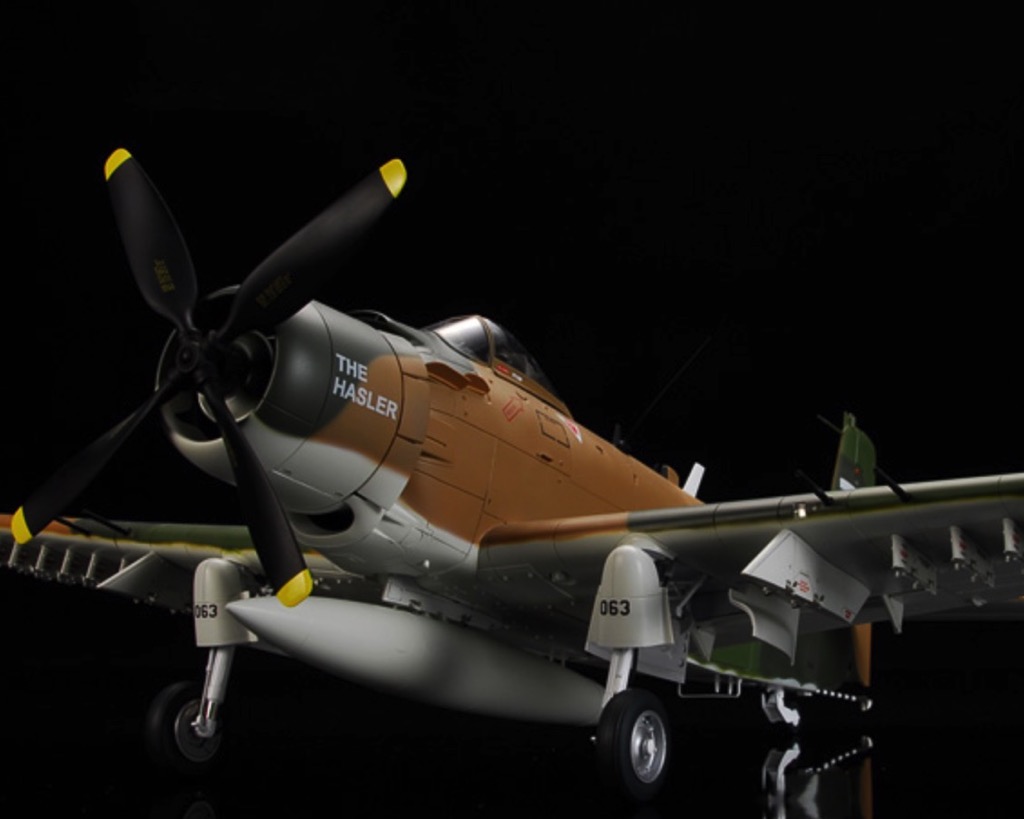 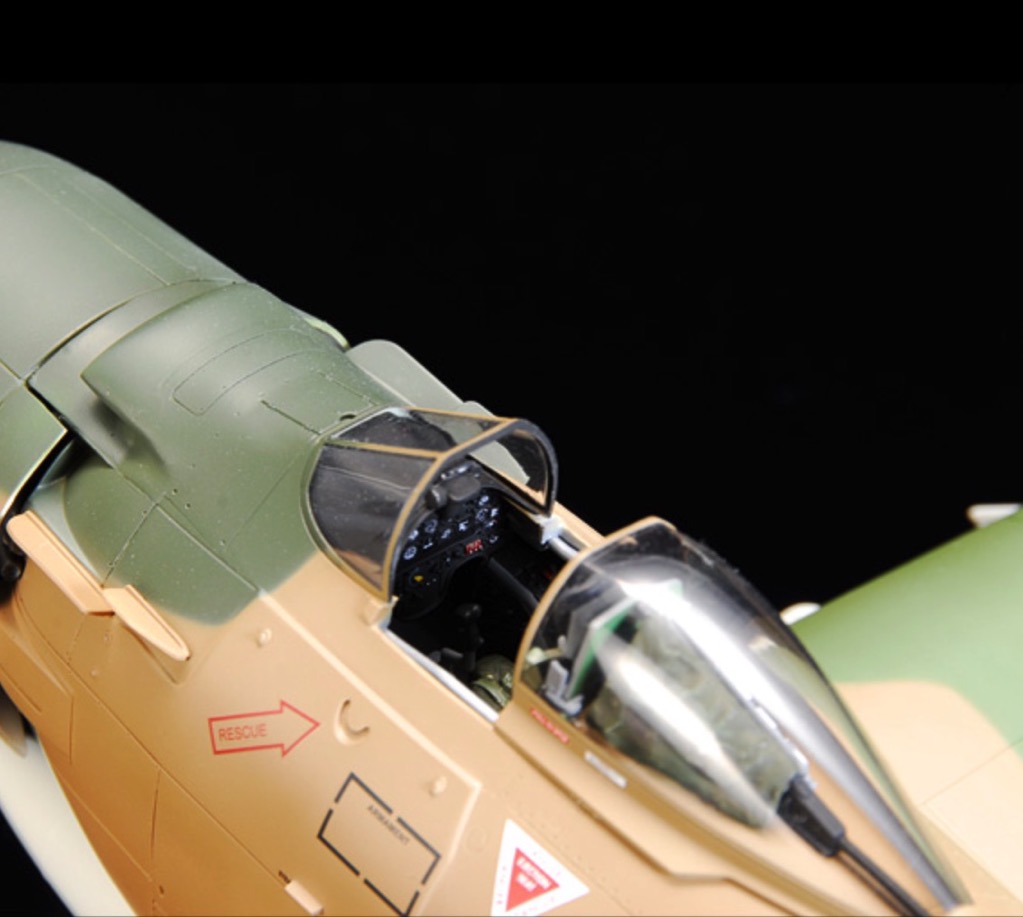 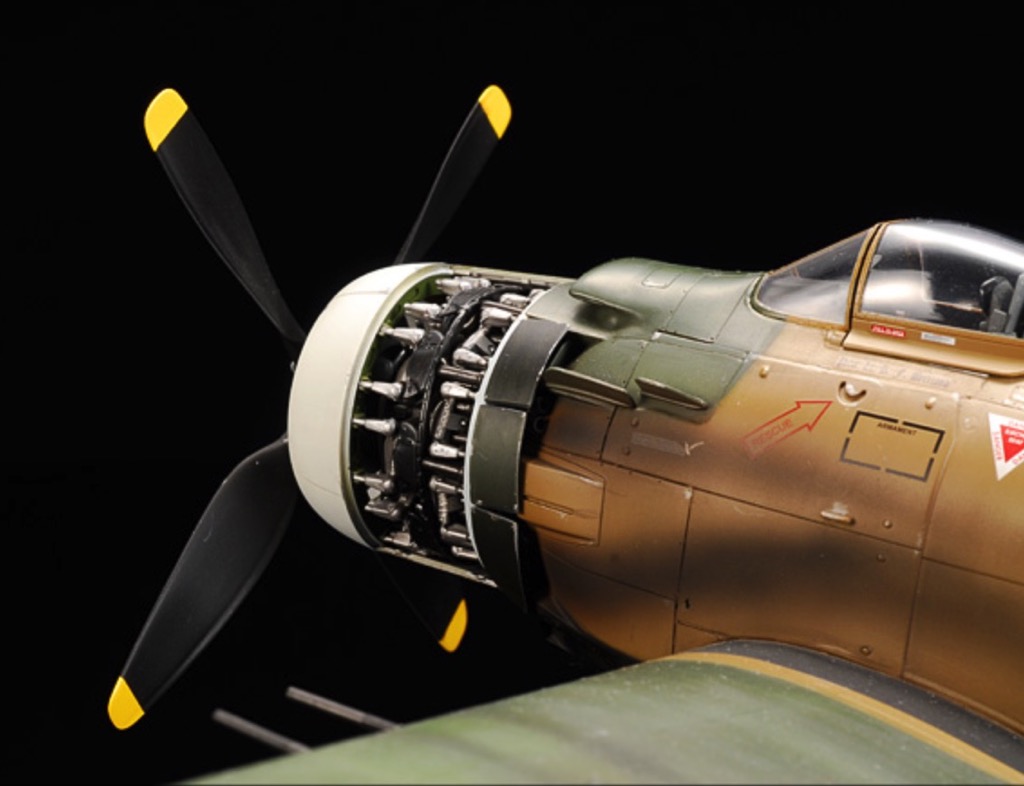 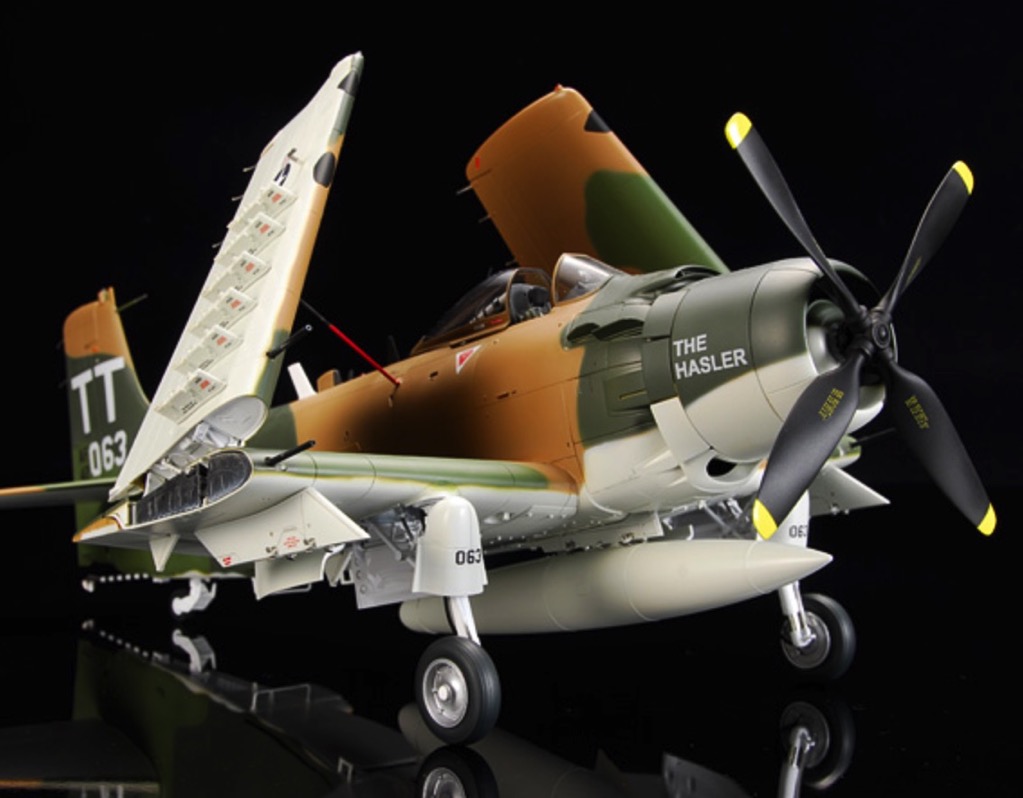 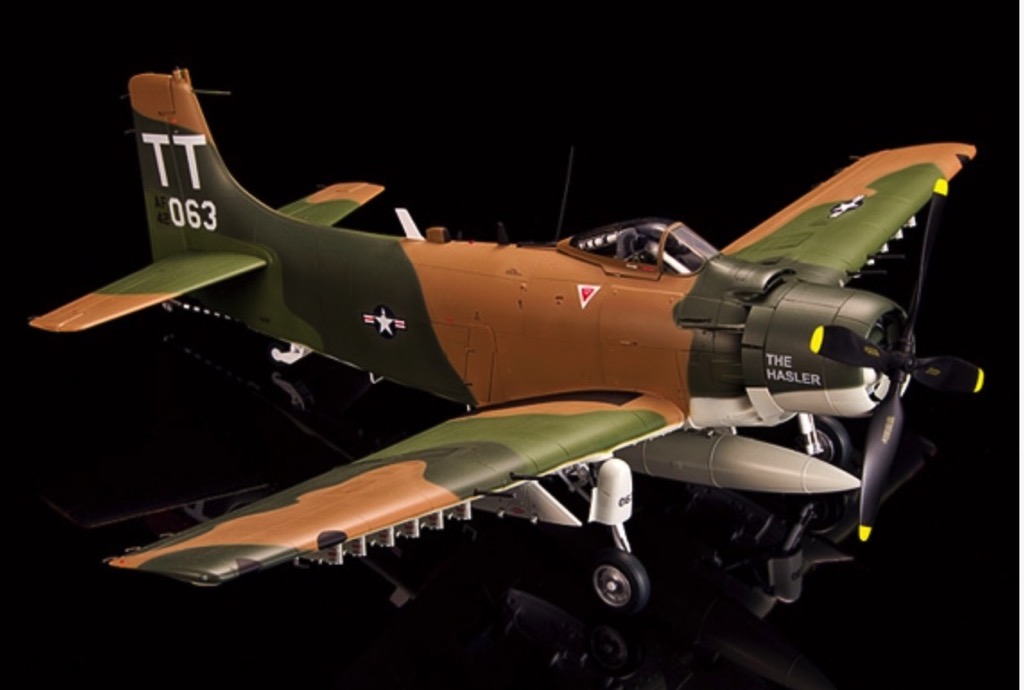 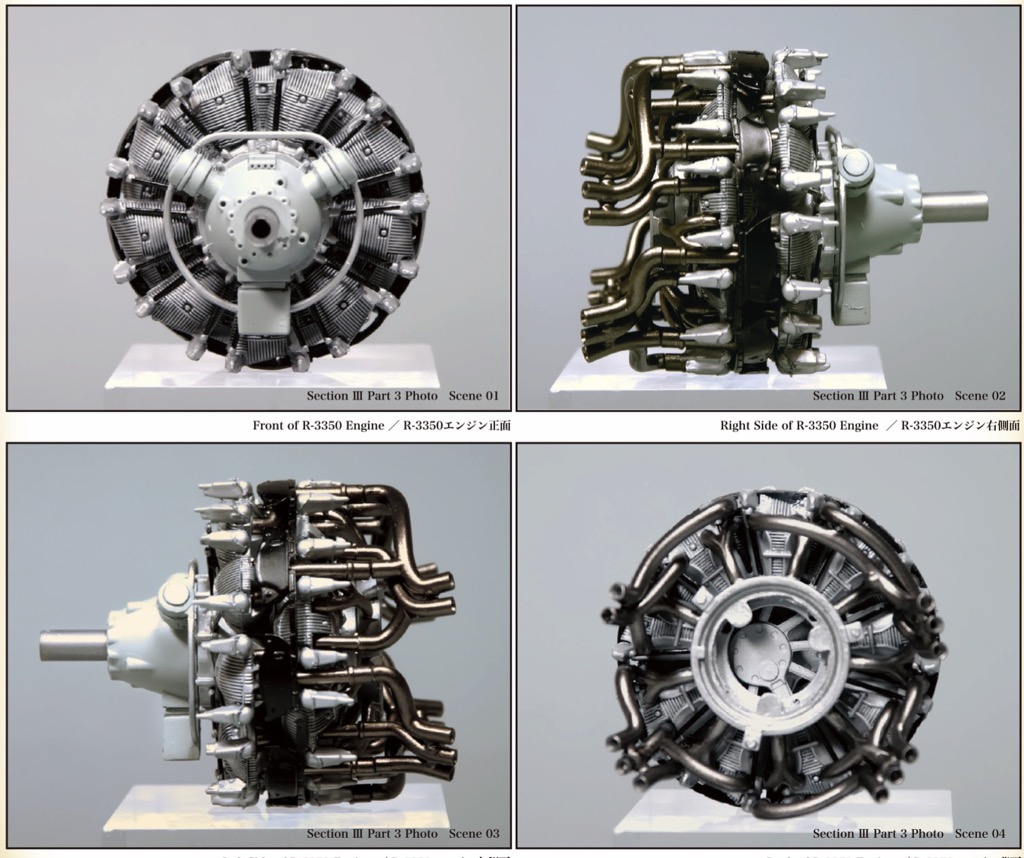 Backordered (Sign up for an email
notification when it's
back in stock!)$152.00

No major modifications were made from the A-1H to the A-1J, and both the wing folding mechanisms and arresting hook remained unchanged.

Changes made for the Air Force type mainly impacted the antennas, with the UHF blade antenna being added to the rear of AN/ARN-6 radio loop compass antenna and the FM622 whip antenna behind the cockpit. There were also Skyraiders that had a VHF/FM antenna (commonly called the "towel hanger") on the fuselage underside immediately behind the air brake, and a blade antenna just in front of the anti-collision light (ACL) on the tip of the vertical stabilizer.Also, taking the unpaved runways of Southeast Asia into account, a larger wheel was installed on the rear landing gear assembly, and the main landing gear assemblies were converted into single-piece types.

Additional features included the taxiing lights on the underside tips of both right and left main wings, as well as the "Yankee Extraction System" that was missing from earlier model Skyraiders. Of course, all of these features are fully recreated for the SWS A-1J.

When telling of the Vietnam War, this aircraft simply cannot be overlooked, with its heroic figure painted in the three colors of the characteristic SEA scheme. We certainly hope that you will recreate it atop your table through the SWS kit.

Features: SWS SKYRAIDER has movable areas in the main wing folding system, the rotation of the propeller and opening/closing of the air breaks to recreate the full attractiveness of its dynamic airplane design.