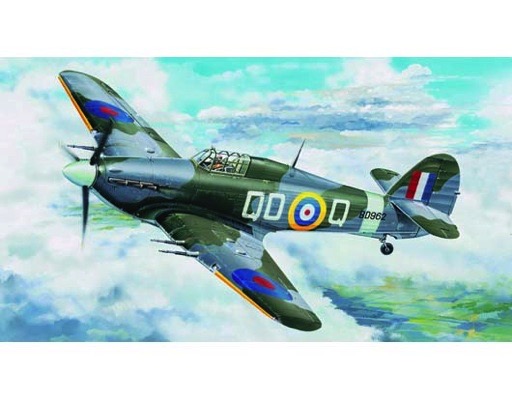 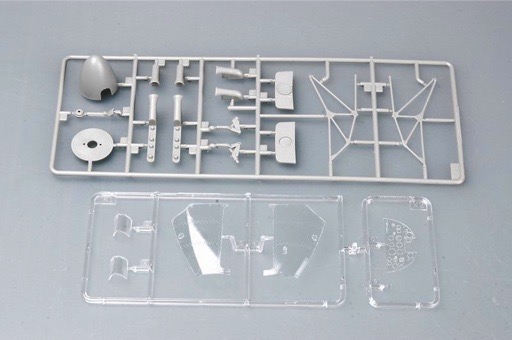 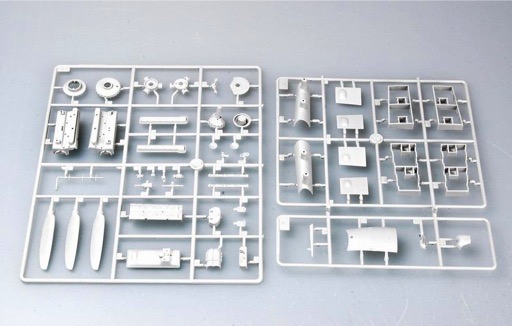 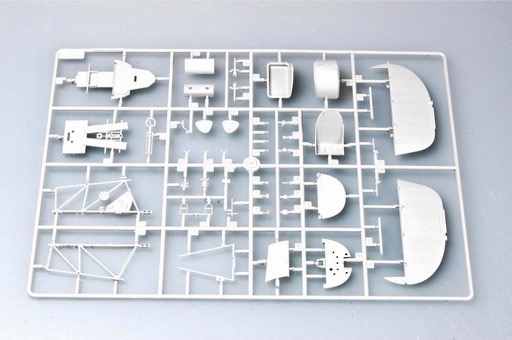 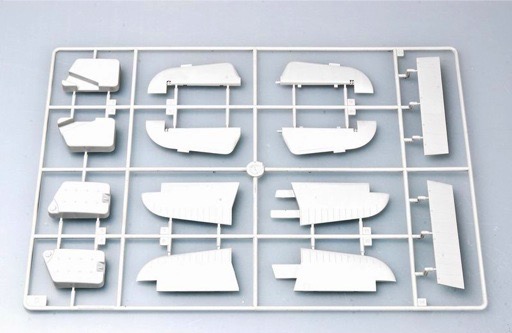 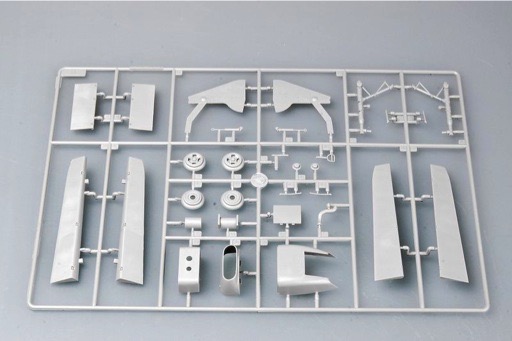 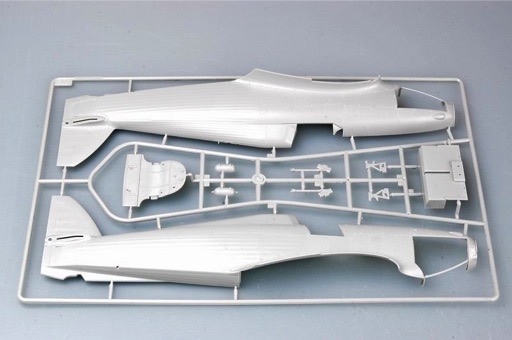 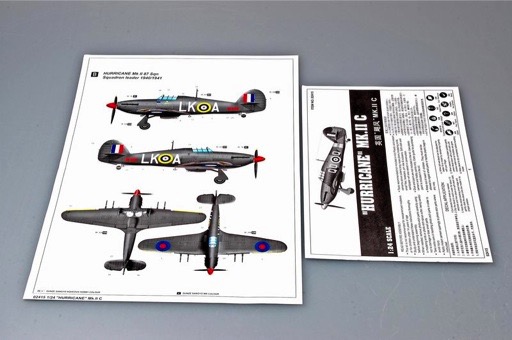 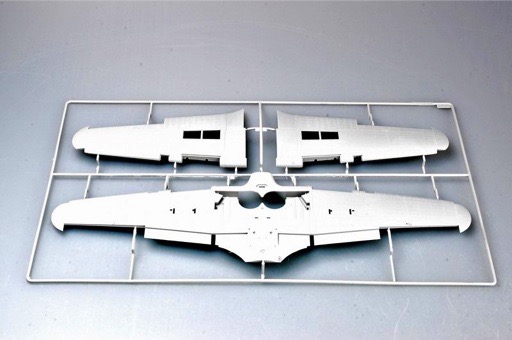 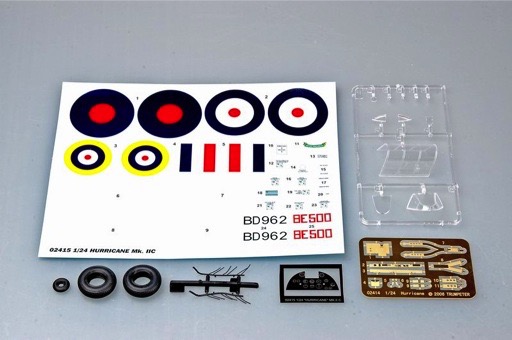 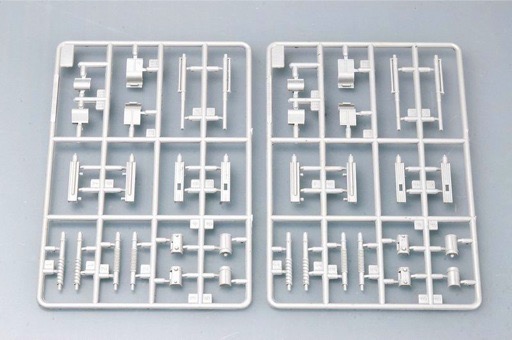 The Hawker Hurricane is a British fighter design from the 1930s. Some 14,000 Hurricane and Sea Hurricane fighters and fighter-bombers were built by the end of 1944. August 1940 brought what has become the Hurricane's shining moment in history: The Battle of Britain. RAF Hurricanes accounted for more enemy aircraft kills than all other defenses combined, including all aircraft and ground defenses. Later in the war, the Hurricane served admirably in North Africa, Burma, Malta, and nearly every other theater in which the RAF participated. The Hurricane underwent many modifications during its life, resulting in many major variants, including the Mk IA, with interchangeable wings housing eight 7.7mm (0.303in) guns;the Mk IIC, with a Merlin XX engine; the Mk IID, a tankbuster with two 40mm anti-tank guns plus two 7.7mm guns. During the war, Hurricanes were sold to Egypt, Finland, India, the Irish, Persia, Turkey and the USSR Air Corps.