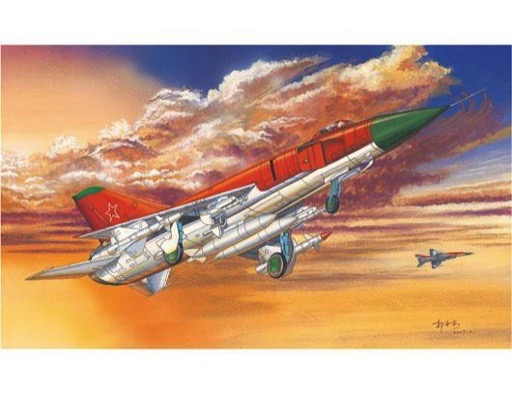 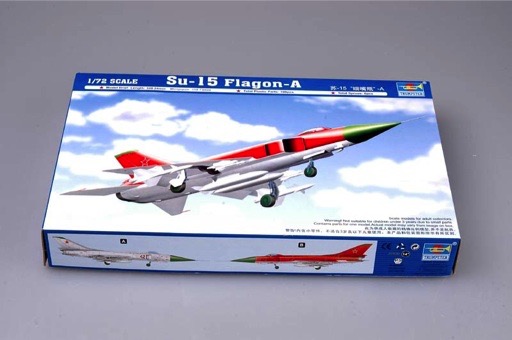 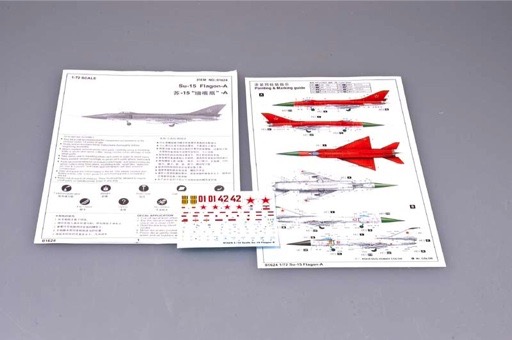 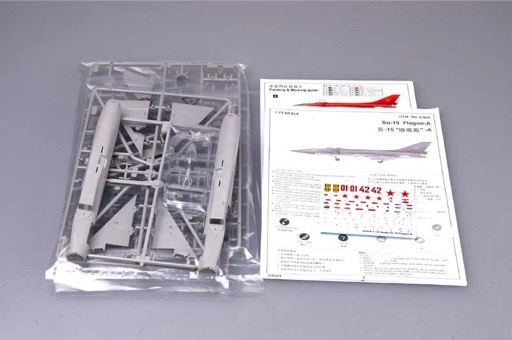 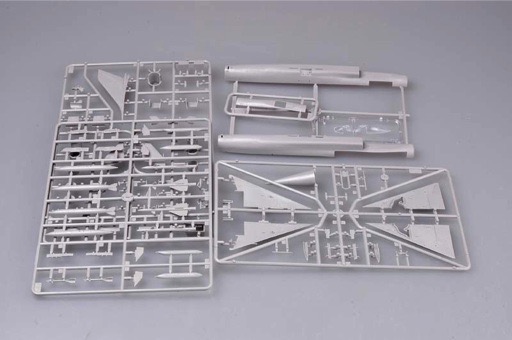 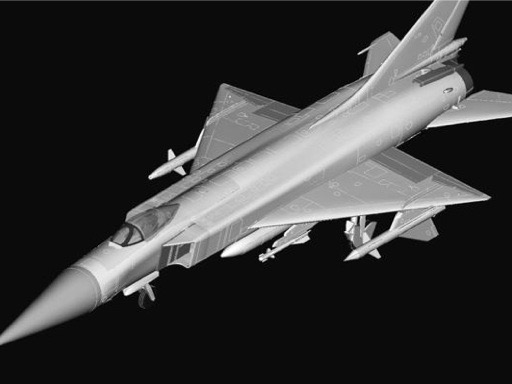 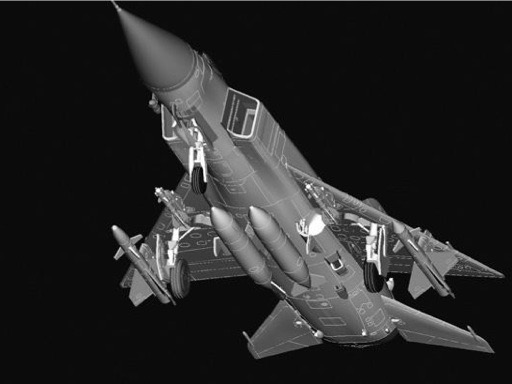 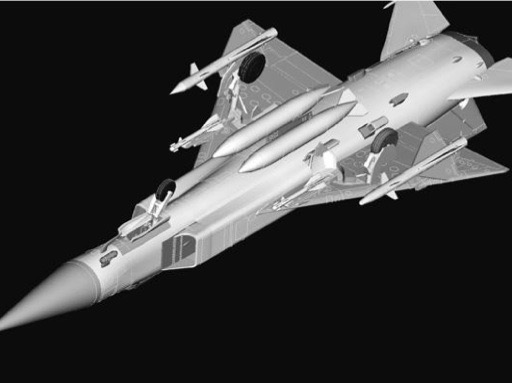 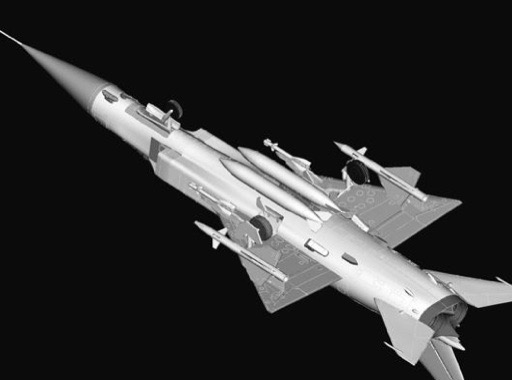 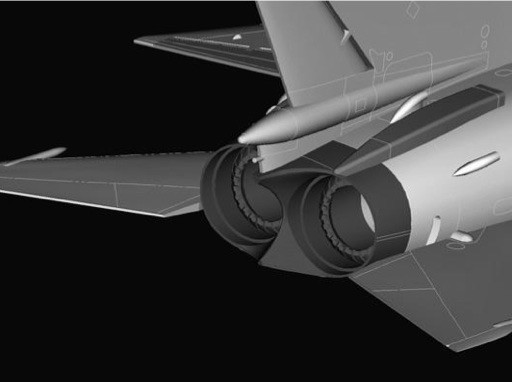 The Sukhoi Su-15 Flagon all-weather interceptor was withdrawn from Russian service about 1992. Although the aircraft was built in the 1950s, it remained a formidable aircraft with several upgrades, and was built in large numbers. Its speed is in excess of Mach 2.4 and carries large missiles on the outboard portion of the wings. The aircraft's wings are mid-mounted delta with square tips. There are two turbojets in the fuselage and two exhausts. The fuselage is rectangular from the air intakes to the tail. The nose is bullet-shaped nose and has a bubble canopy. The tail is sweptback and has a tapered fin with a square tip. The flats are swept-back, tapered, and mid-mounted on the fuselage. Length: 21.41 m Wingspan: 9.34 m Height: 5.00 m Weights Empty: 12,245 kg - Flagon-F Max Takeoff: 18,145 kg - Flagon-F Speed: Mach 2.1 Ceiling: 18,500 m Range: 1,450 km