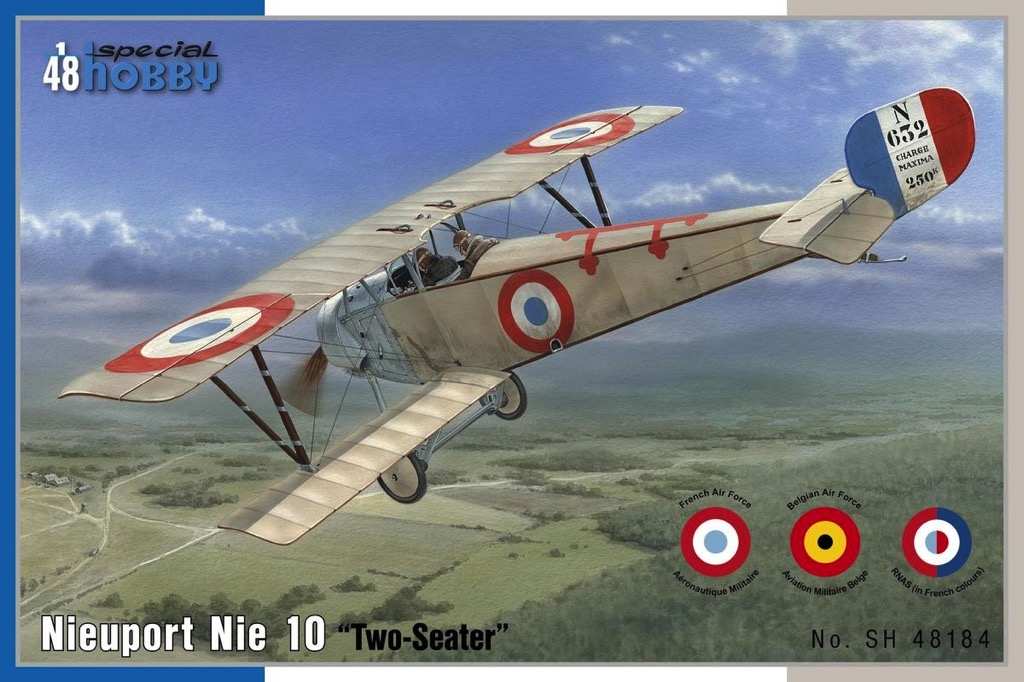 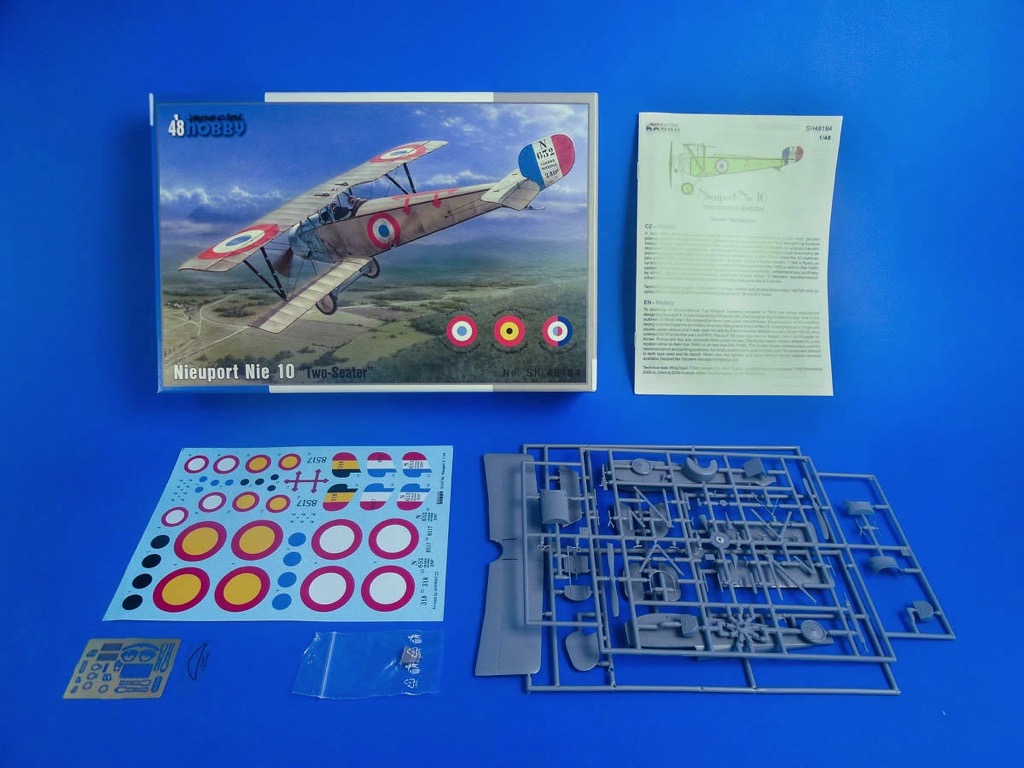 The model comes on two sprues with plastic parts and contains also a set of resin parts, a PE fret and a decal sheet. The marking options provided cater for three machines, a French, British and a Belgian one. The French Nieuport was operated in Macedonia by MF388 unit, wearing a big Cross of Lorraine, the British machine with no. 8517 had several air victories over German airplanes to its tally and the Belgian aircraft flew with No.4 squadron from Houtem aerodrome in 1915.

In 1914, the Nieuport company intended to take part in Gordon-Bennett Trophy with a new sesquiplane racer the Nieuport X, which was constructed by Nieuport's new chief designer, ing. Gustave Delage. However, the 1914 trophy was cancelled because of the Great War that had just broken out and the Nieuport X type began to be produced in slightly adapted version for the military instead. Known as the Nieuport Nie 10 and built either as a single seater or a double seater, it was used by the French Aviation Militaire, British RNAS (this service was the first to order the Nie 10) and also by the RFC. Among other important services that used the Nieuports were also the air forces of Belgium, Italy and Russia. The Italians and Russians built their machines under a licence. The two seater versions also differed by having the pilot either in front (Nie 10AR) or in the rear cockpit (Nie 10AV) and were used in the reconnaissance and observation role, the single seaters on the other hand flew in a fighter role. Their armament varied a lot as well as the type of the armament mountings. With the advent of more advanced and dedicated fighter machines and more powerful two seaters, the Nie 10s were being relocated to training units.