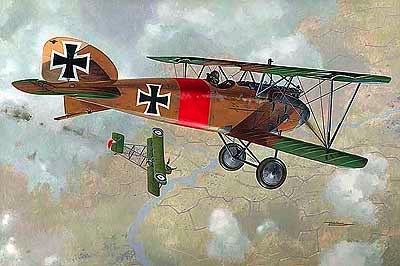 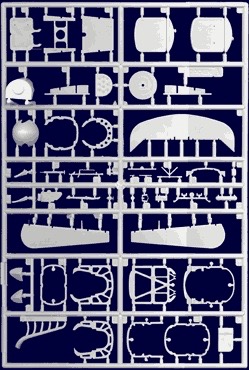 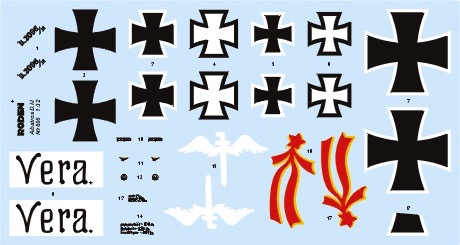 Albatros D.III
The Albatros D.I and Albatros D.II, introduced in 1916, were two of the best planes of their time. They had very good flying characteristics and were structurally strong. However, the pace of technical progress during this period was very quick, and soon the Allies had again taken the initiative, having come up with the outstanding Nieuport 11 Bebe. For a short time it drove the Fokker monoplanes from the sky, creating a new myth about the superior qualities of biplanes. The Nieuport 11 was not a standard biplane, but a sesquiplane: its bottom wing was much smaller in area and chord dimension than the top. It gave the plane increased maneuverability and improved the pilot's view from the cockpit. The dominant feature of aerial combat was the short distances between planes, so these two factors were of prime importance. Oswald Boelcke, the leading ace at that time and the 'father' of aerial tactics, made the greatest contribution to the official report which judged the new French development to be a serious threat to German aircraft.

The appearance of the Nieuport 11 forced designers at the Albatros firm to improve on their existing type. The design of the fuselage was not significantly changed, because it was already progressive for its time - in comparison with the fabric-covered frames of other planes, its plywood skin was heavier, but much stronger. The principal changes were made to the wing, taking as its example the French design. Altogether the various design changes allowed the engineers to manage the weight of the plane to give it an opportunity to fight the extremely light Nieuport 11 on equal terms.

The prototype of the future Albatros D.III rose into the air for the first time at the end of August 1916. It featured more rounded wing tips, had new V-shaped interwing struts and a wing mounted radiator. In general it made a very favorable impression, even without the expected increase in speed. What with its good handling, its speed and its graceful appearance, the D.III was an advance on all other contemporary German planes, and by the end of the year the first production Albatros D.IIIs arrived at the fighter units.

In the first few months of operations there were some worrying accidents with the Albatros D.III. During certain maneuvers the bottom wing collapsed, and even the famous Manfred von Richthofen did not avoid falling victim to a similar incident, while at a height of 400 meters. The Albatros D.III was tested to destruction. At the end of January 1917, all Albatros D.IIIs were withdrawn from the front to investigate the reasons for wing collapse. After numerous tests the design was strengthened, and soon the type returned to active service. However, cases of wing collapse continued to occur, though with much less frequency.

In April 1917 the Albatros D.III gained the majority of the 150 victories achieved by the Germans in the air - this period has become notorious in the history of the Great War as 'Bloody April'. Never had the aircraft of the Allied nations incurred such heavy losses during such a short period of time. Every month the Albatros firm together with the OAW branch increased production of the D.III. Even after the appearance of the later, improved, Albatros D.V, D.III manufacture was not stopped, because certain characteristics remained superior even to its successor. At its peak presence at the front, in October 1917, a total of 446 of the Albatros D.III were in the service of the German Air Force.

This type played the part of 'the fighting soldier' and it took part in all the major air battles of 1917-1918. Even with the advent of the Albatros D.V, the Fokker Dr.I, and the Fokker D.VII, it did not disappear from the first line. Despite all the controversy over the wing design and the numerous accidents, it was actively employed everywhere where there was conflict - on the Western Front in Europe, in the roasting skies of Palestine, or in the cold climate of the Baltic. Out of more than a total of 1,300 Albatros D.IIIs built during the war, an insignificant number of planes of this type survived to the end of the war. However, their contribution to the history of aerial combat in that era of chivalry was a hugely important one.