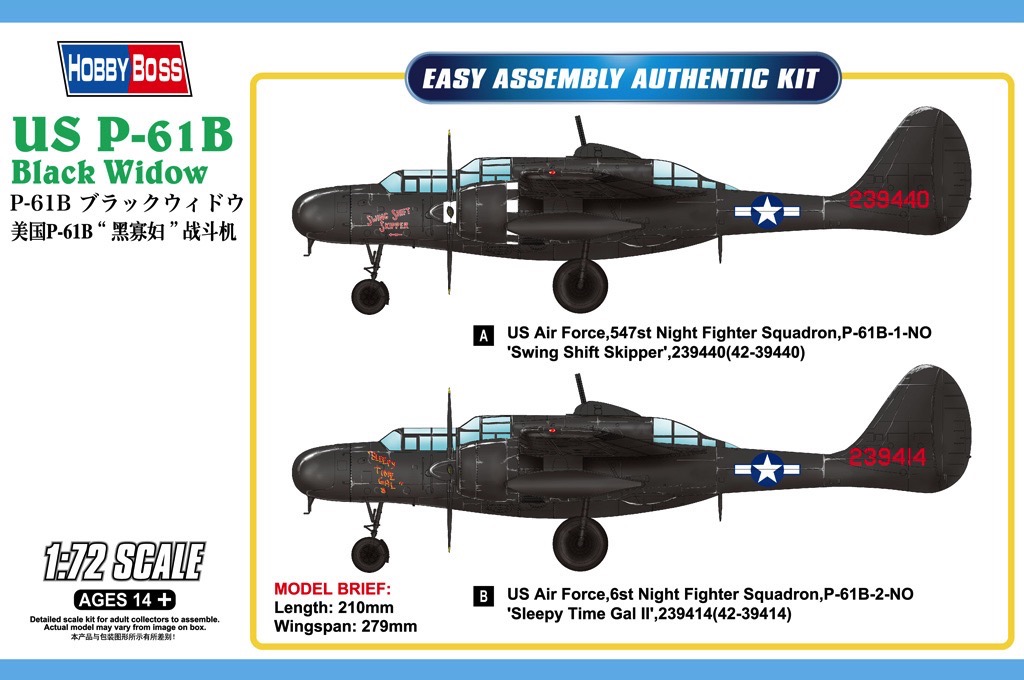 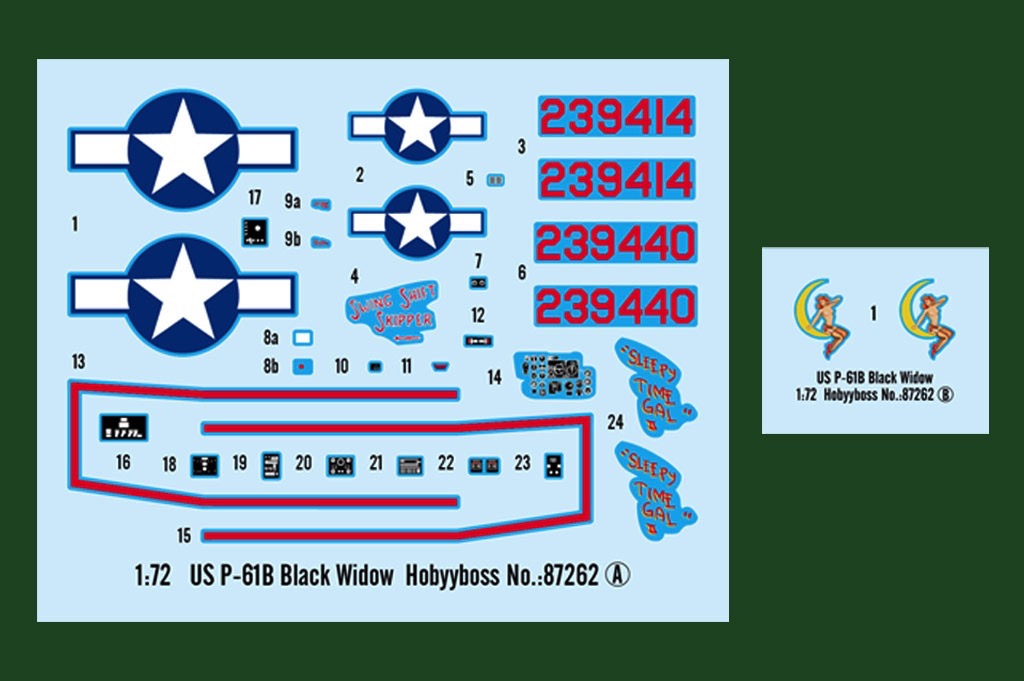 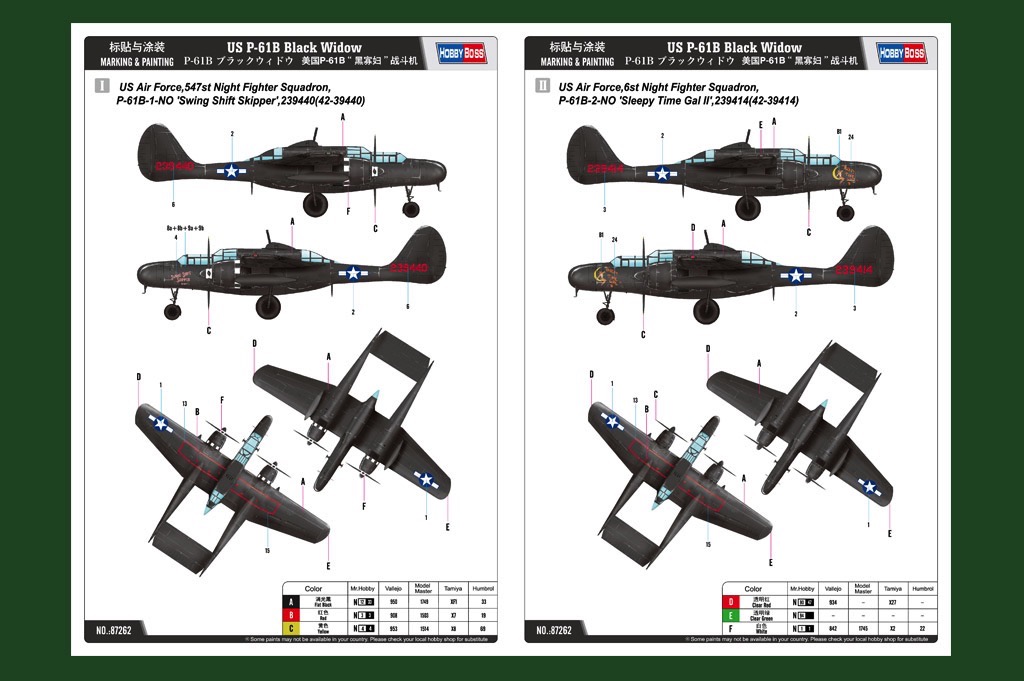 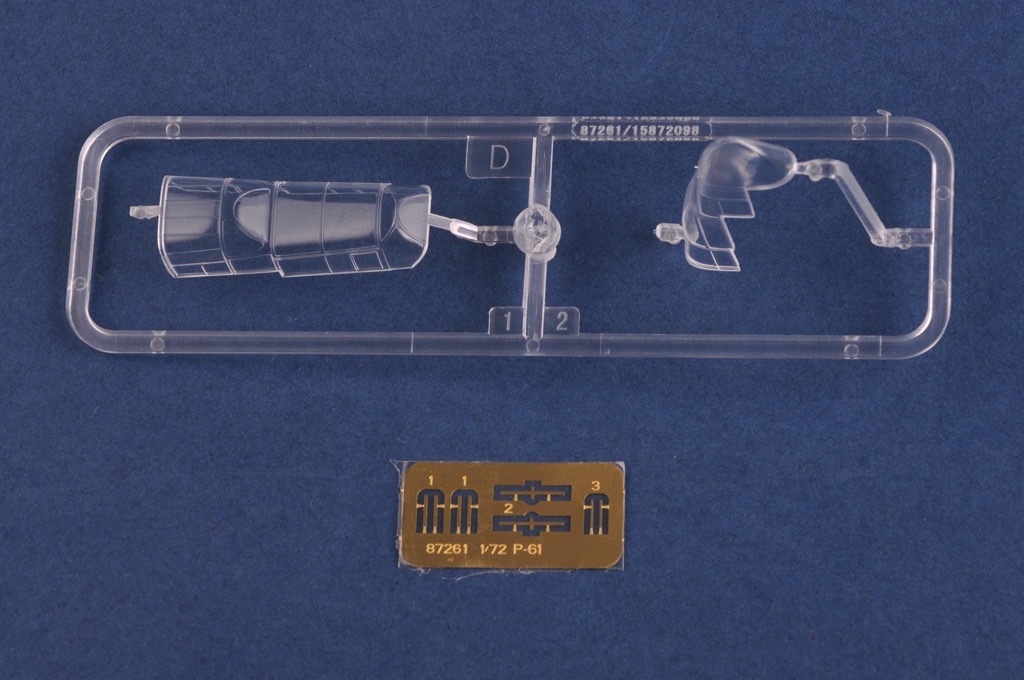 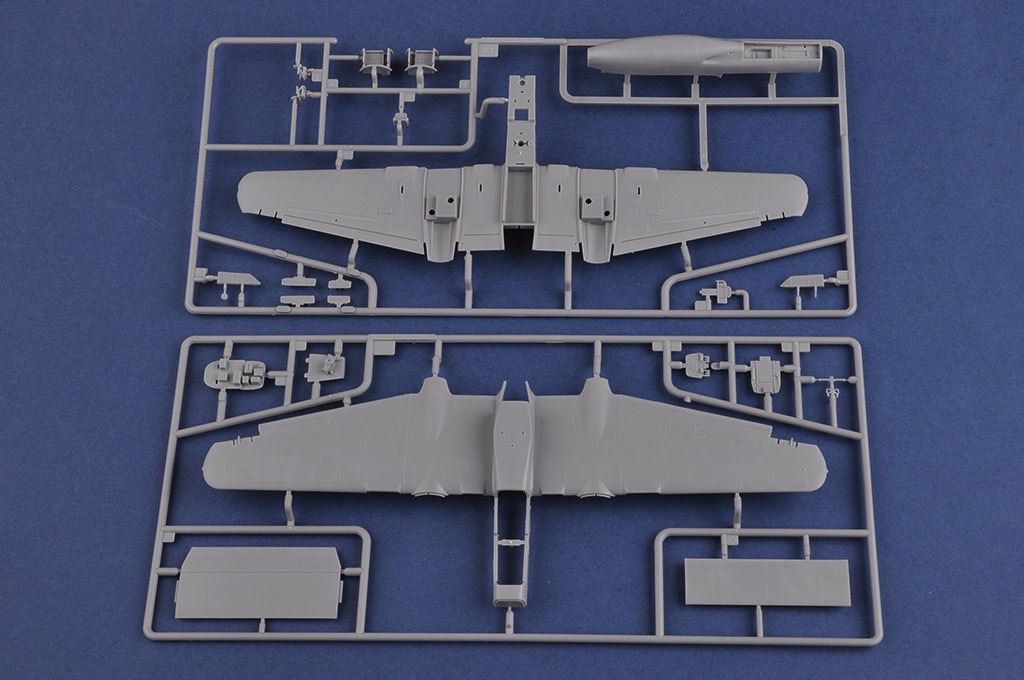 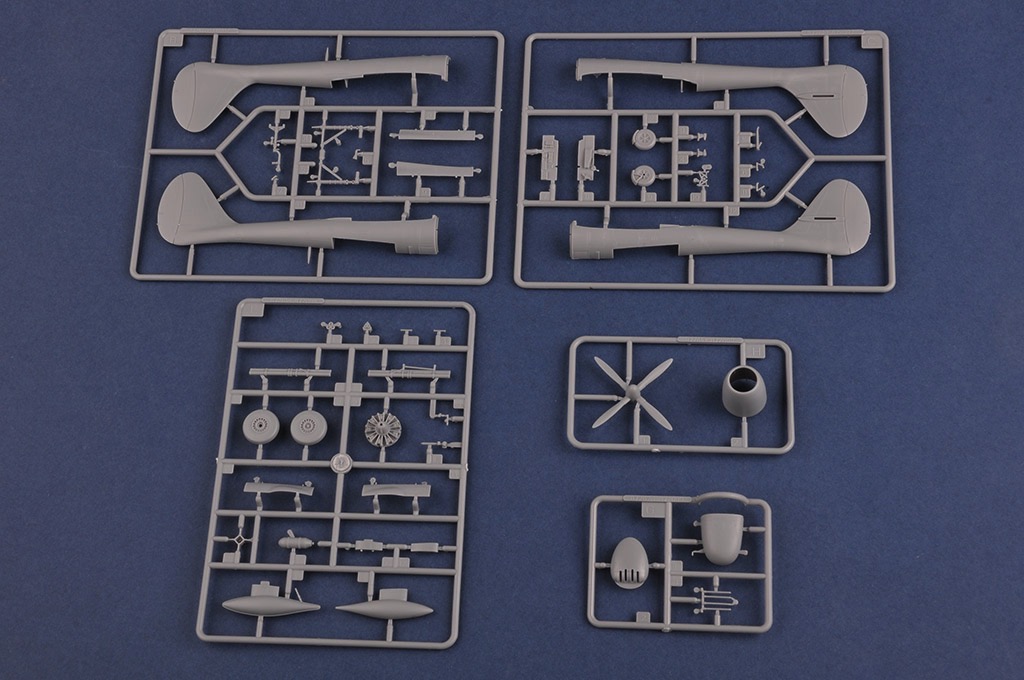 Plastic model kit of the Northrop P-61 Black Widow, named for the American spider, was the first operational U.S. warplane designed as a night fighter, and the first aircraft designed to use radar. On the night of 14 August 1945, a P-61B of the 548th Night Fight Squadron named Lady in the Dark was unofficially credited with the last Allied air victory before VJ Day.