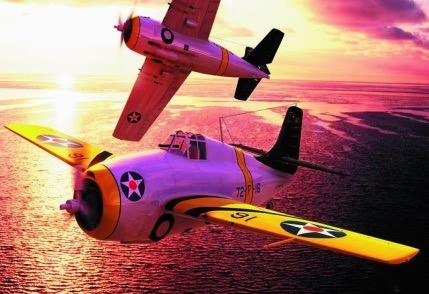 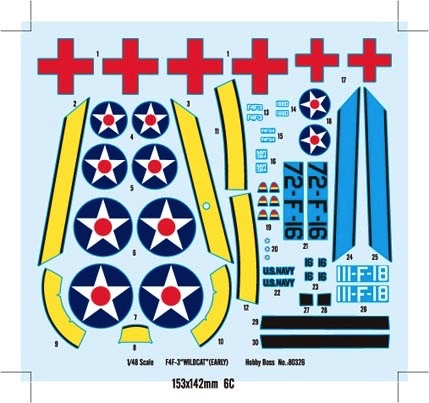 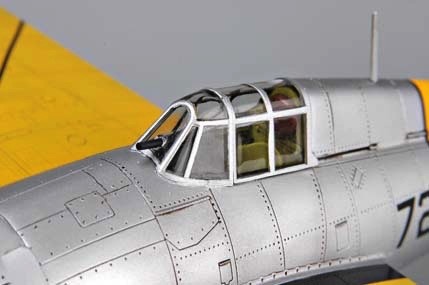 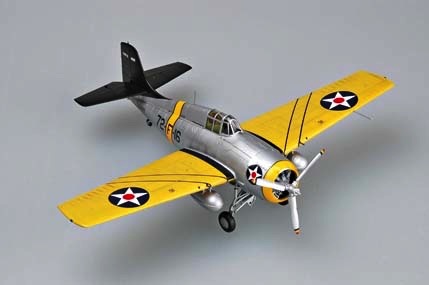 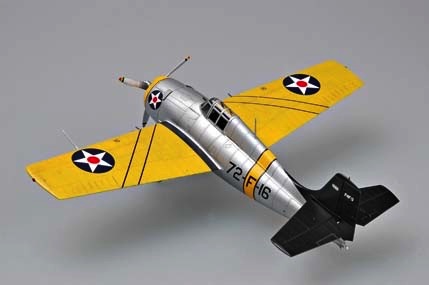 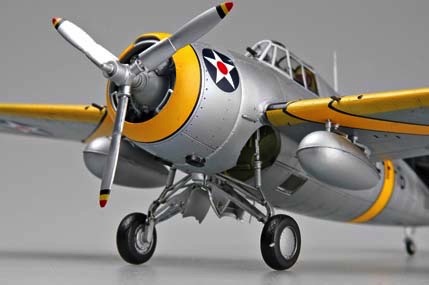 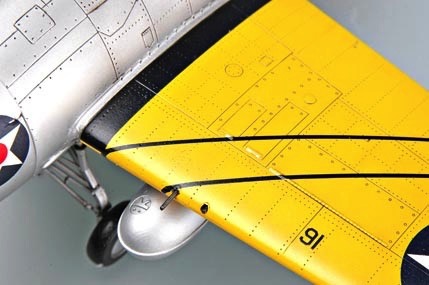 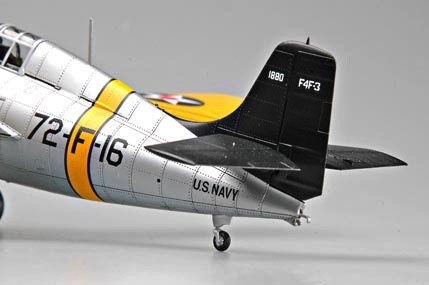 The Wildcat was the main shipboard fighter when the US entered WWII. The F4F was barrel-shaped, with angular wingtips and rudder and a narrow-track undercarriage. The F4F was well-armed and reliable, and was a natural shipboard aircraft, probably easier to land on a carrier deck than on land. The F4F never had a operational speed limitation In this form, the F4F-3 was accepted by the USN, and an order for 54 was received in August 1939. After the first two, the cowl guns were removed, and four 0.50 wing guns fitted. The production aircraft were powered by the R-1830-76 engine,Most F4F-3s had no armour and self-sealing fuel tanks.