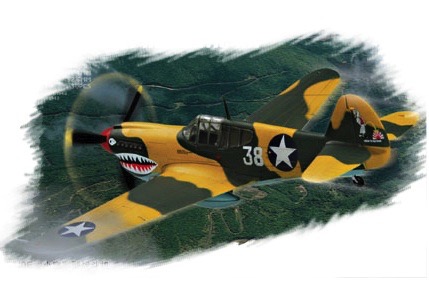 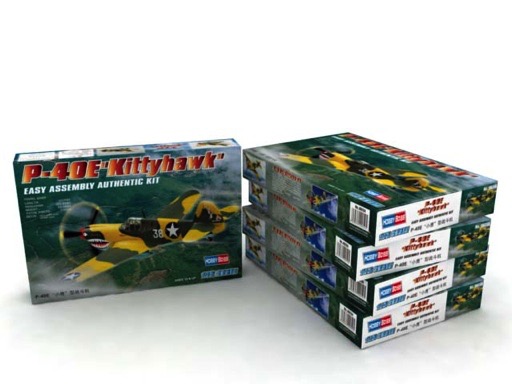 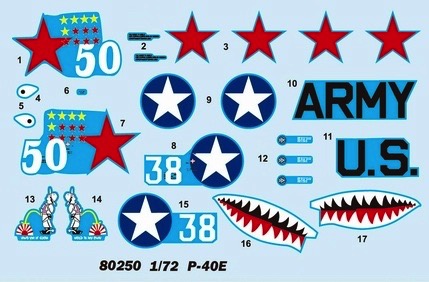 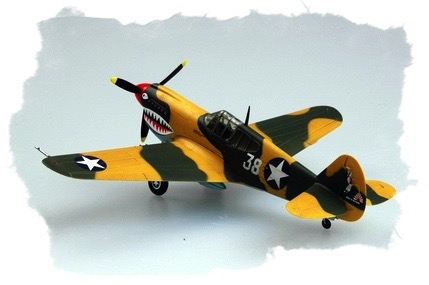 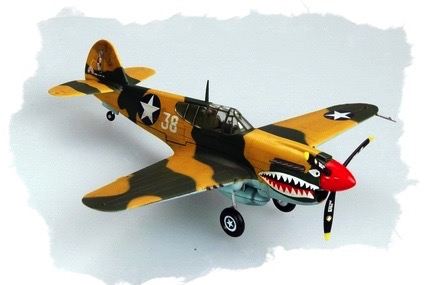 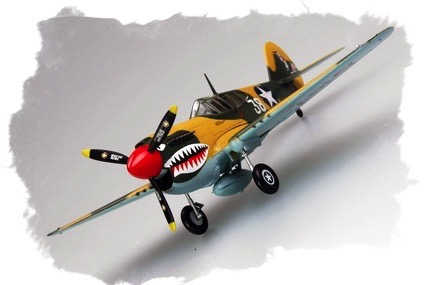 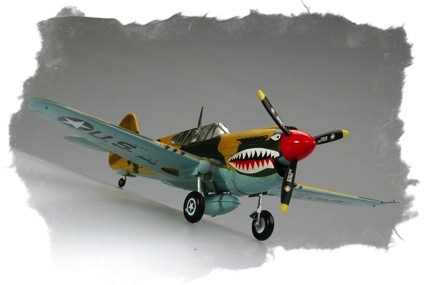 The P-40E.with a shortened nose, shortened landing gear, and armed with six 0.5in(12.7mm) wing machine guns. was used extensively as low-altitude close-support fighter. Numerous units were exported to the Allied air forces, among which, 1,500 units served the RAF as P-40E Kittyhawk Mk. 1A. The british deployed the Kittyhawk in Northem Africa against the German Luftwaffe.