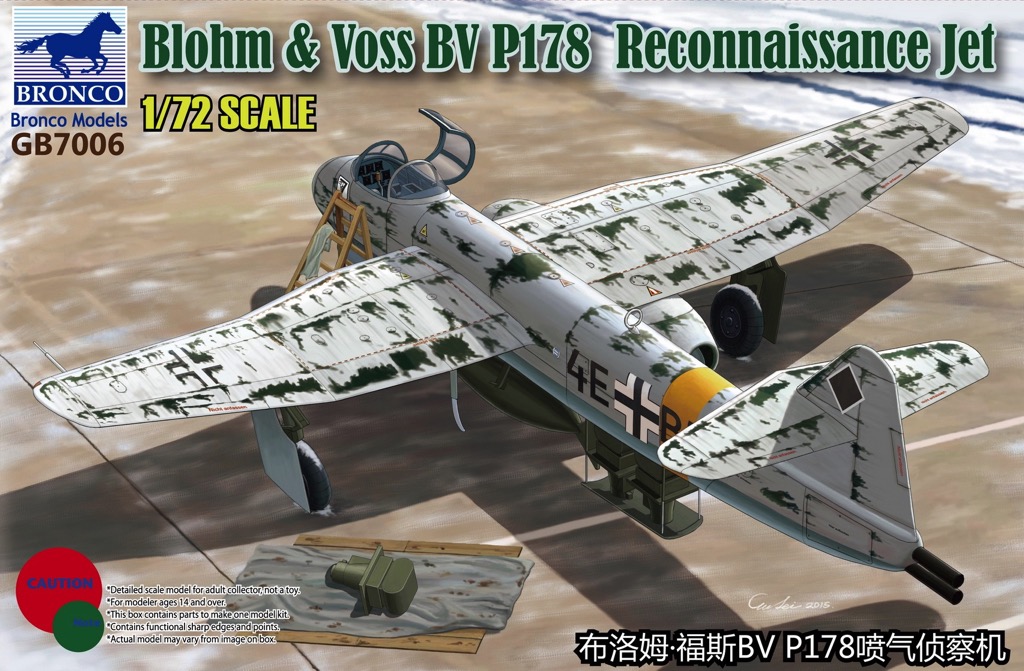 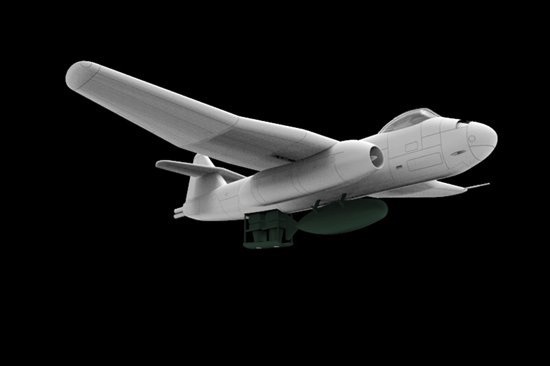 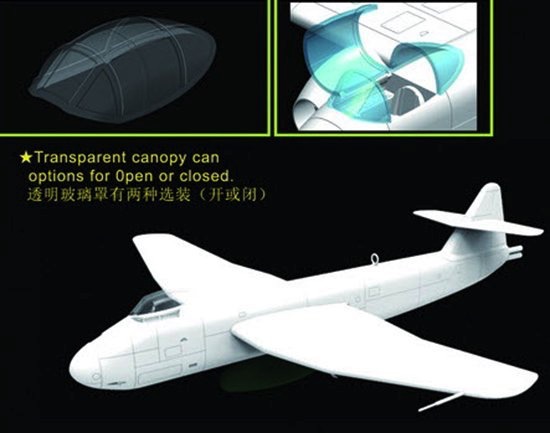 Project BV P.178 was the first asymmetric designed jet fighter in the history of human aviation. It was developed with a Dr. Vogt design. This jet was the first three landing gear design and had a wingspan of 12 meters with a 10.8 meters long fuselage. The right main wing was equipped with a Jumo-004B turbo jet engine. It could carry 500-1000 kg level bombs or other heavy weapons in the main body below the plug point. . Two solid fuel rocket engine nozzles extended from the rear of the fuselage to be used in take offs or to pull out of dives by providing additional power for aircraft. The nose had MG151 15mm guns on both sides. In addition to the basic bombing type, there were many development types.

Because of the unique design and late stage of the war scarcity, the project was not approved by the RLM and stayed on the drawing board.

BV P.178 reconnaissance version retained the prototype layout and armament. The rear of the fuselage was equipped with two Rb50/30 large aerial cameras and it could be equipped with a 600 liter fuel tank on the ETC50 rack under the fuselage to increase range. The paint schemes include the Luftwaffe and Russische Befreiungsarmee (R.O.A).