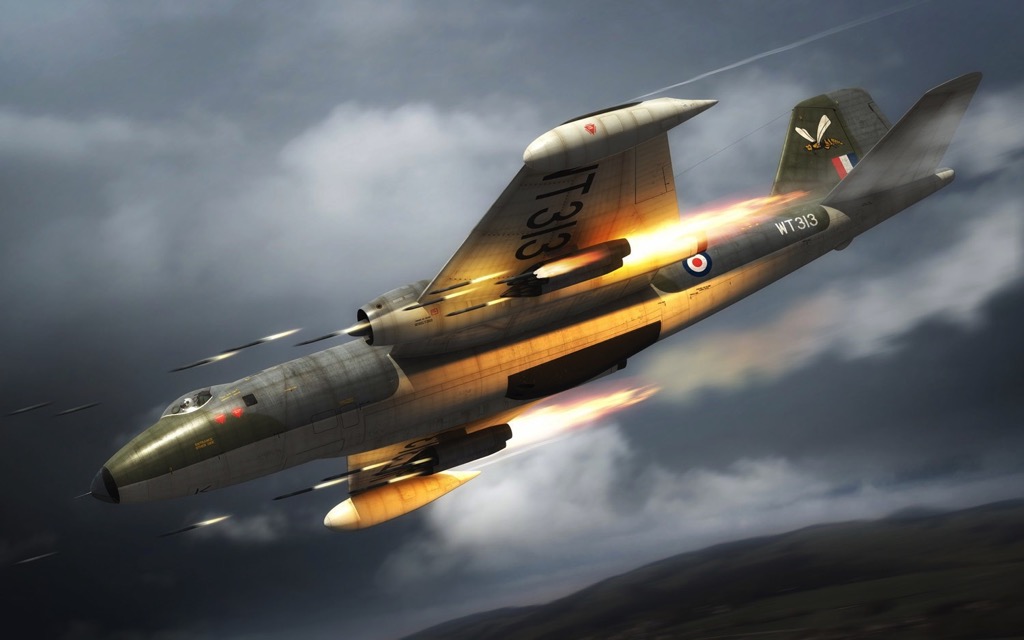 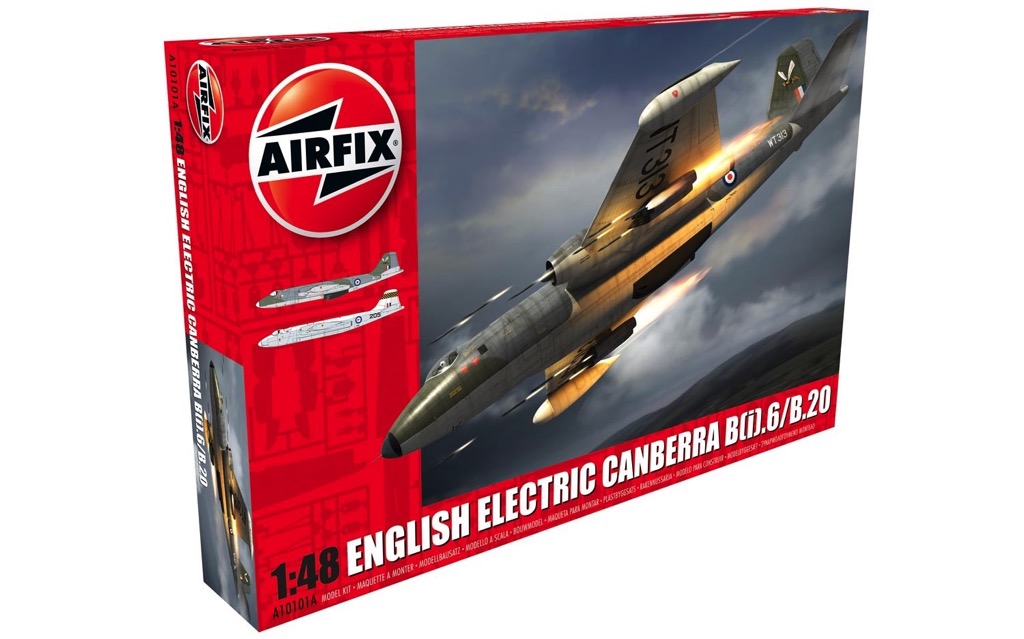 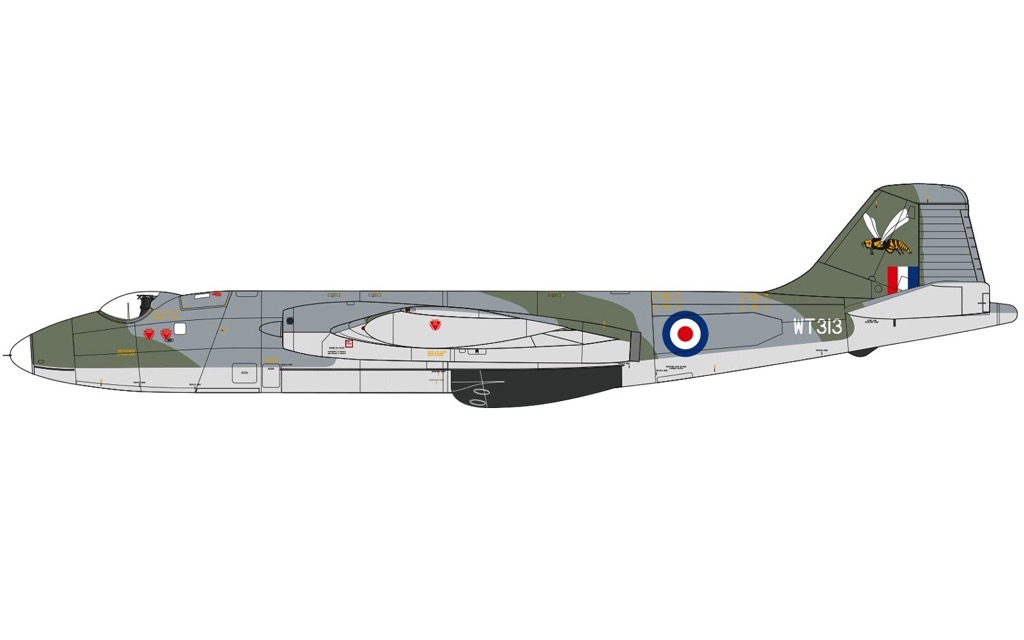 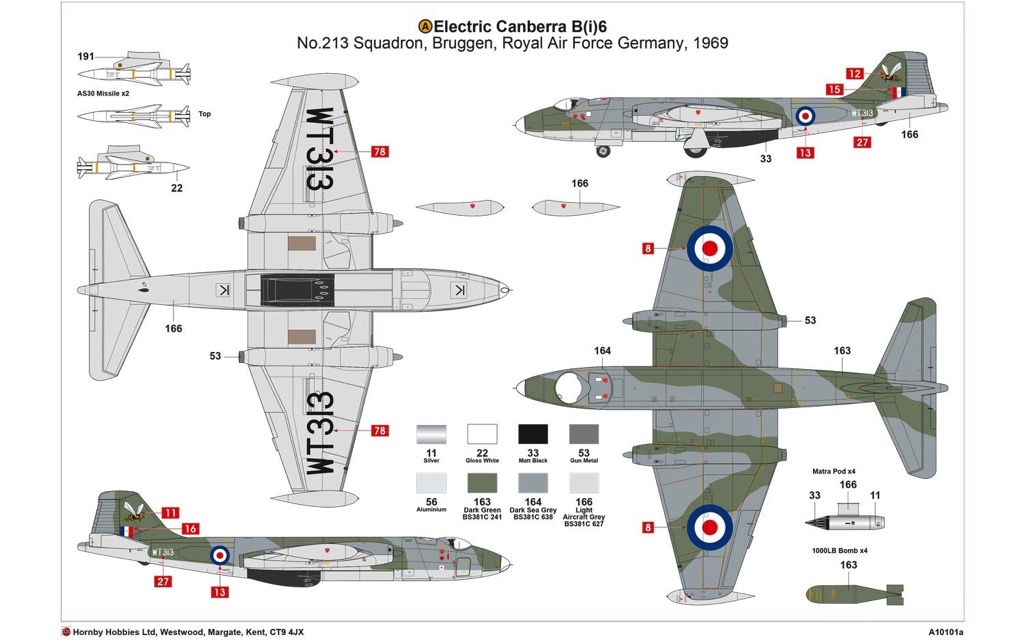 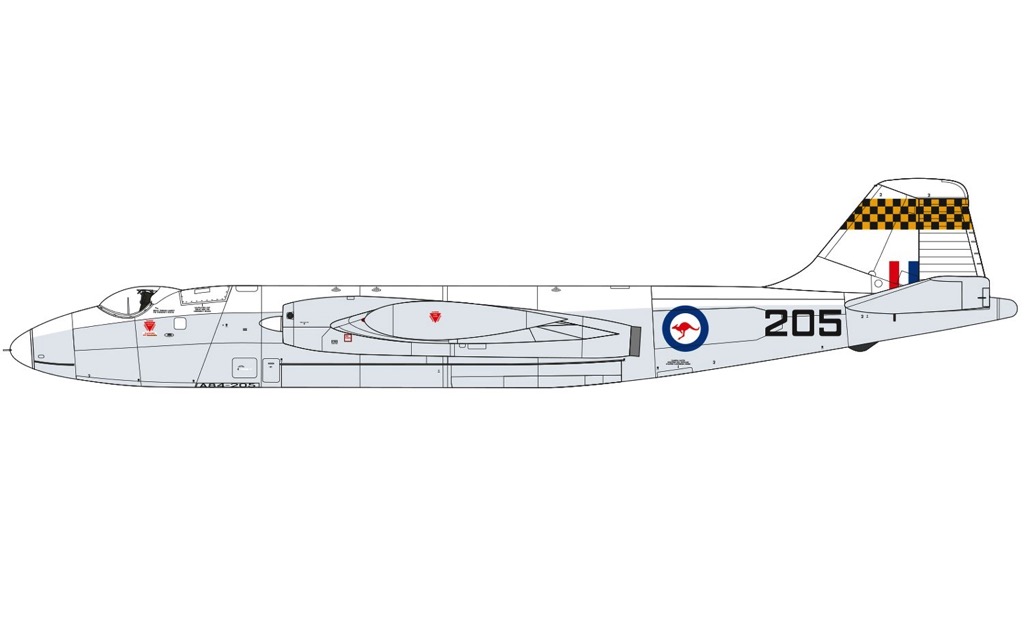 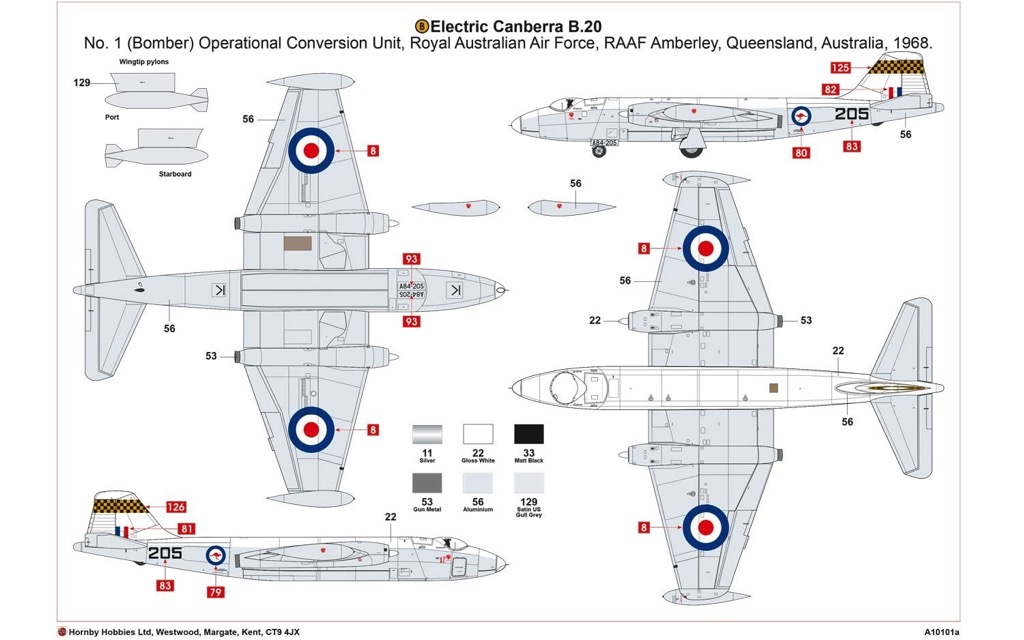 DISCONTINUED This product has been discontinued
and is no longer available.List price: $54.99
You pay: $42.99
(All prices in U.S. Dollars)

Includes markings for: B(i).6, No.213 Sqdn, Bruggen, RAF, Germany 1969 B.20, No.1 Operational Conversion Unit, RAAF Amberley, Queensland Australia, 1968 The incredible success of the English Electric Canberra jet bomber can be gauged by the length of time it remained in service with the Royal Air Force. With the first Canberras arriving at RAF No.101 Squadron in early 1951, the last photo-reconnaissance PR.9 machines were only withdrawn in 2006 - a remarkable 55 years in service.

When the Canberra entered RAF service in the early 1950's, it was truly a ground-breaking aircraft in every respect. Possessing performance superior to that of many front line fighter aircraft of the day, the Canberra was capable of flying at speeds and altitudes which make it almost impervious to interception by enemy fighters. Setting a number of world speed and altitude records, the highly capable Canberra was coveted by many of the world's air forces and became a great export success for the British Aviation industry. The definitive B.2 bomber variant was licence built in Australia, under the designation Canberra B.20.