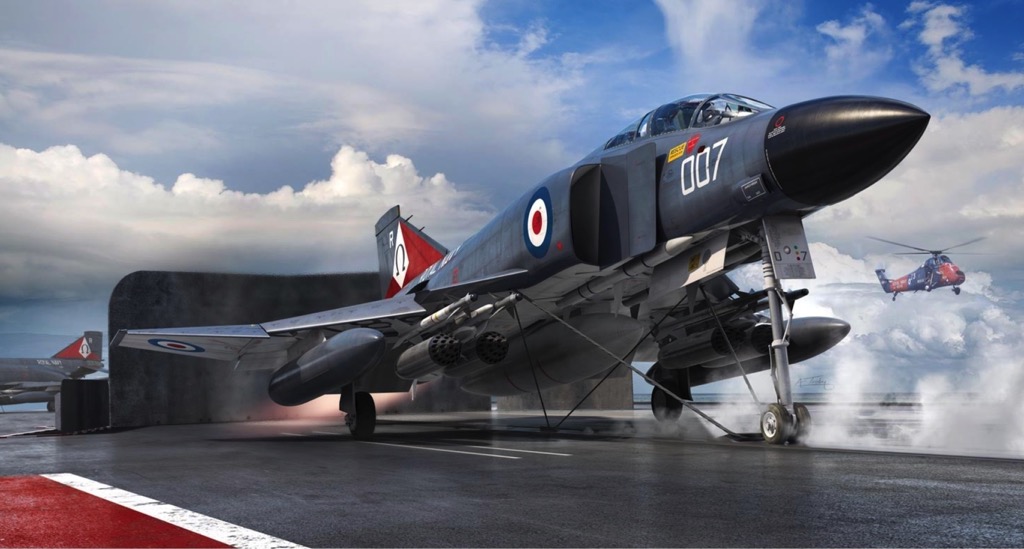 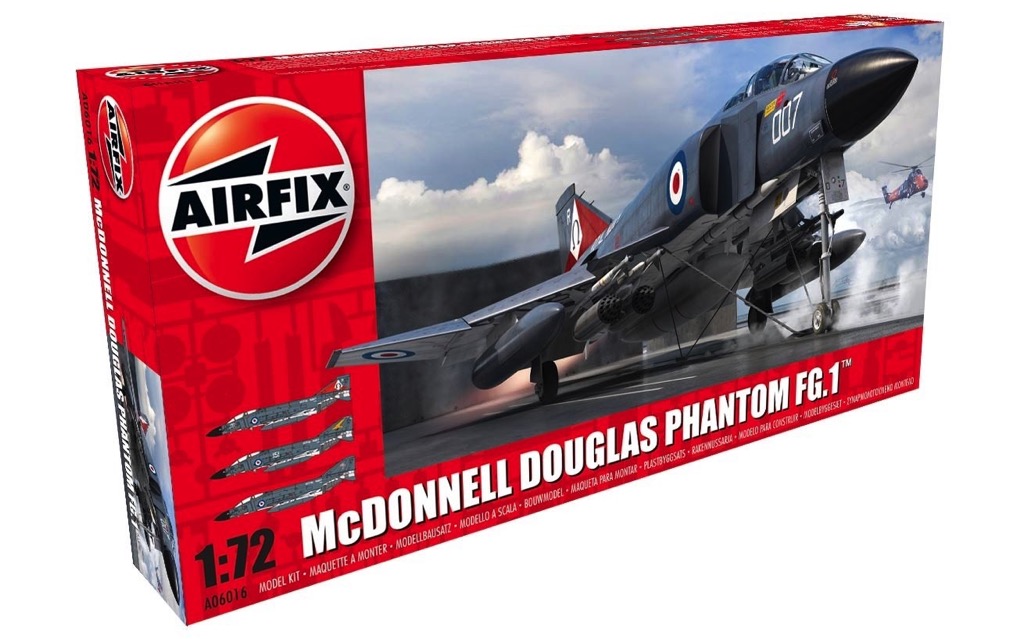 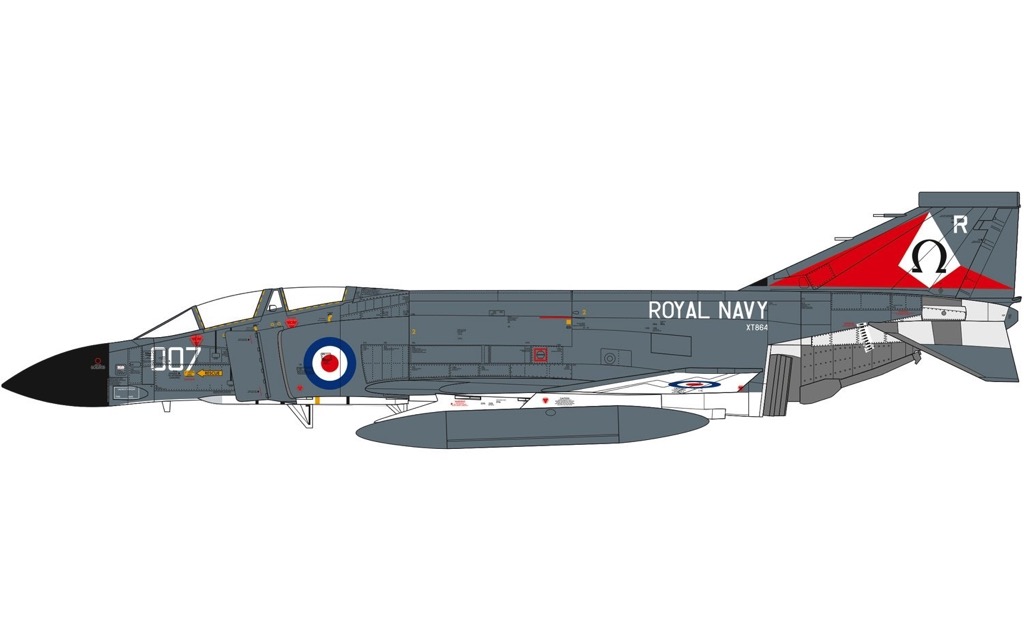 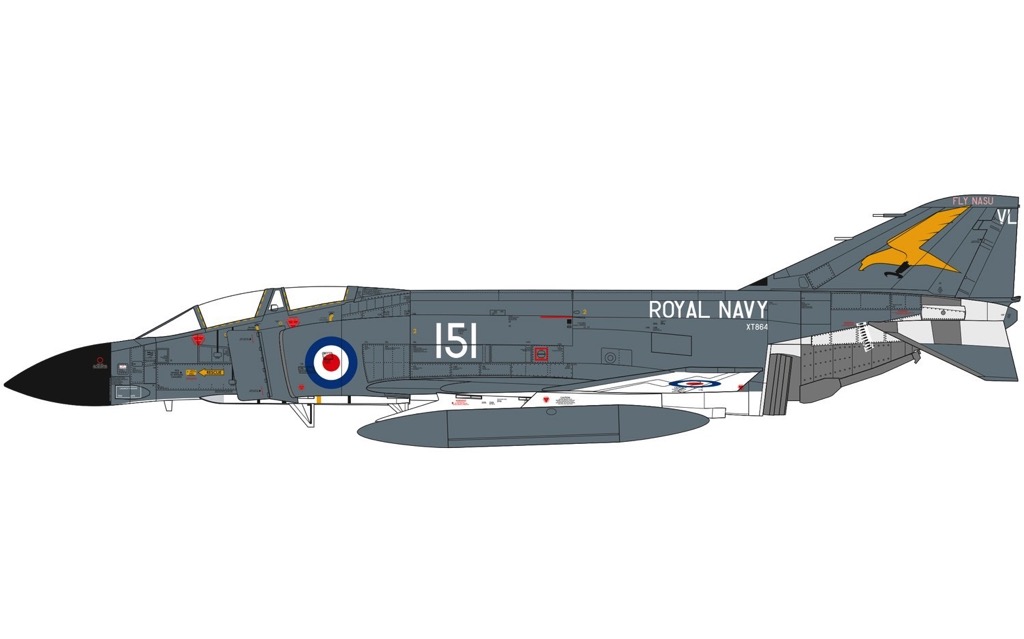 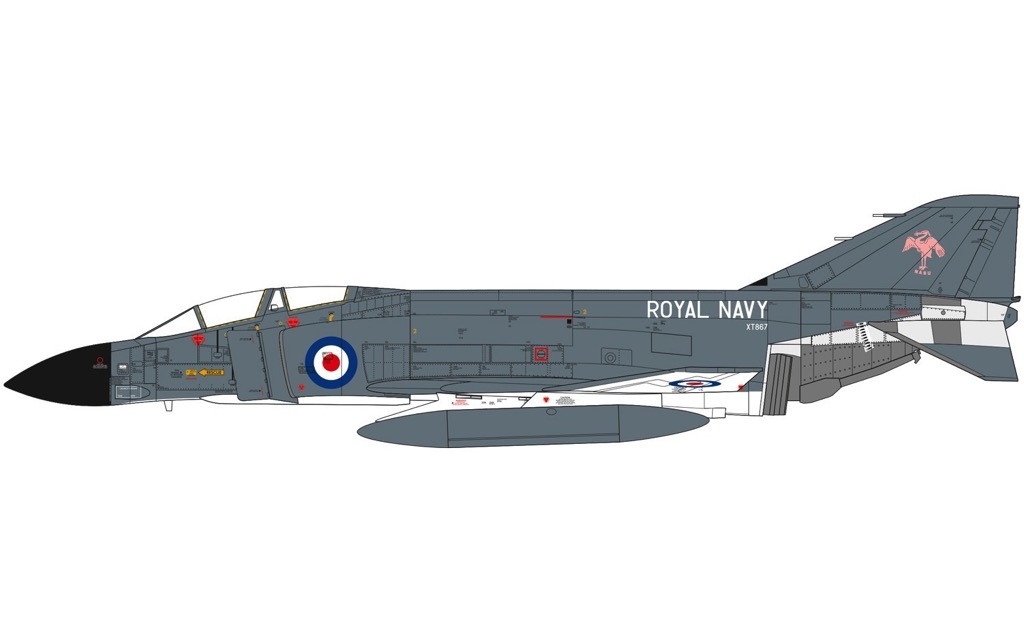 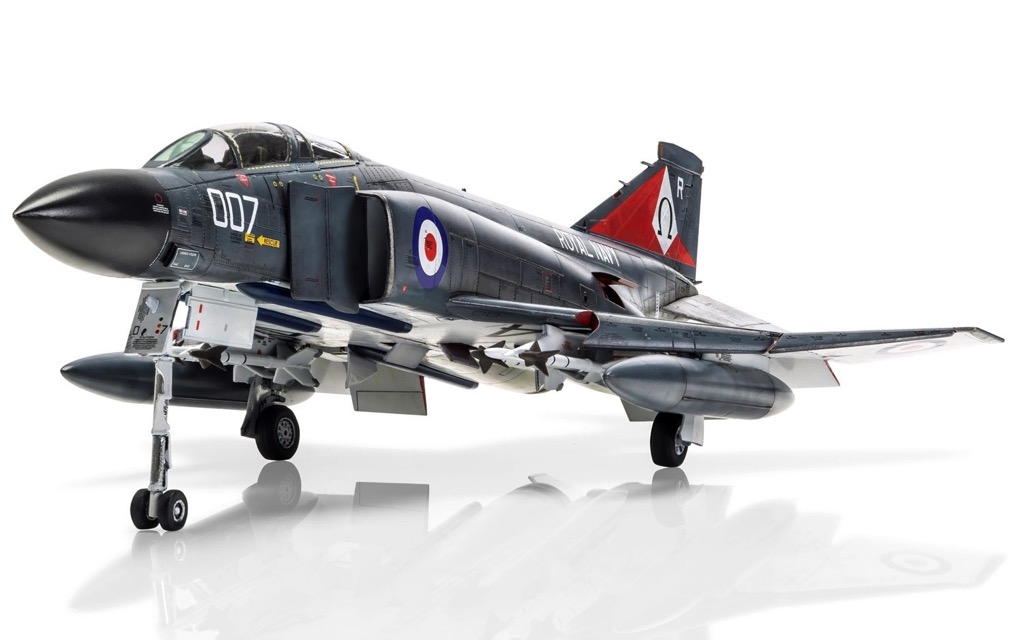 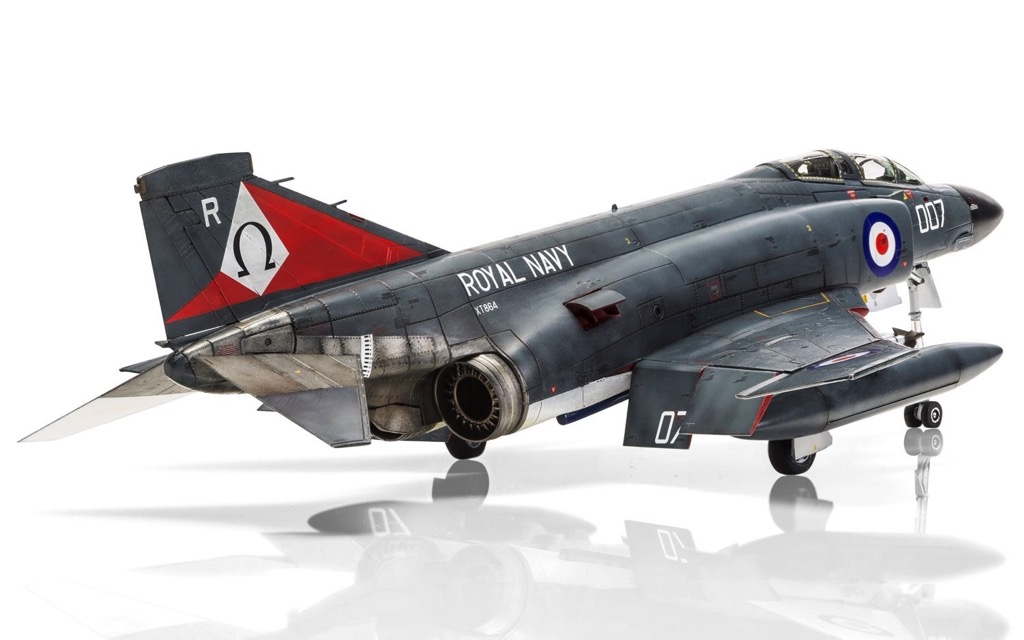 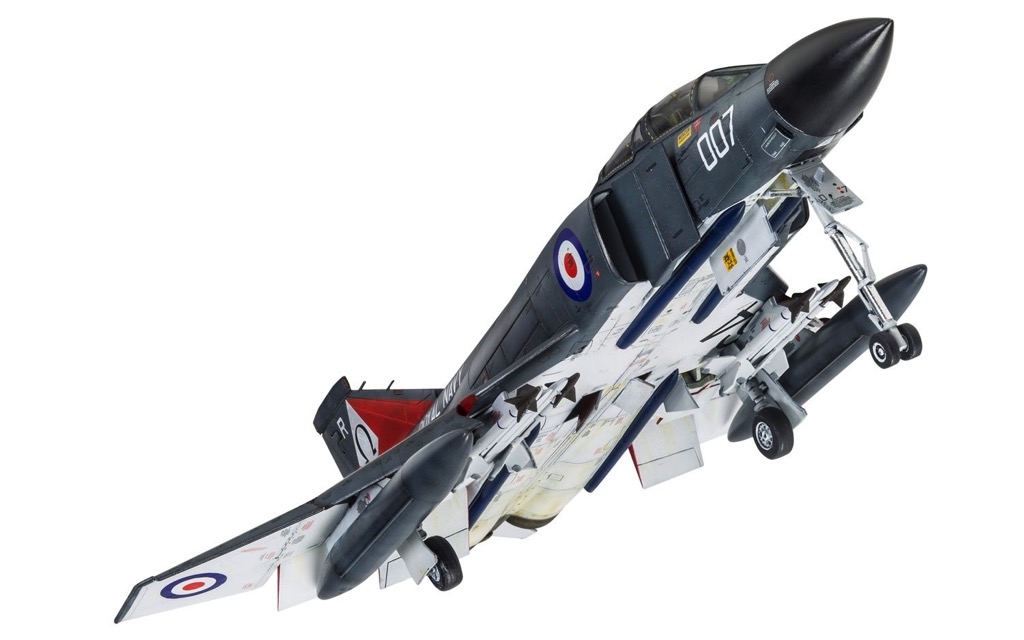 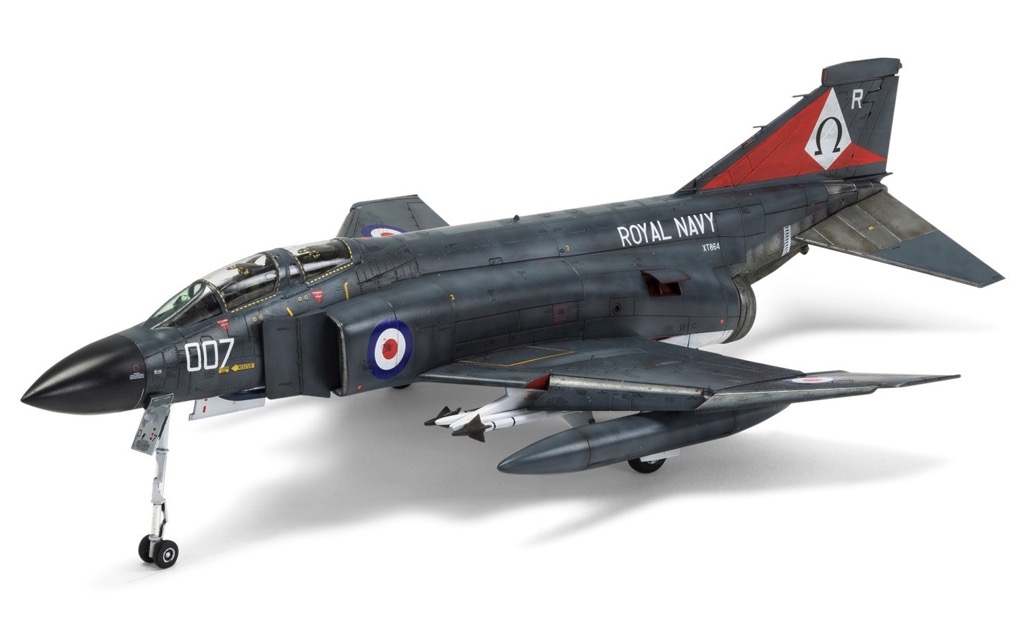 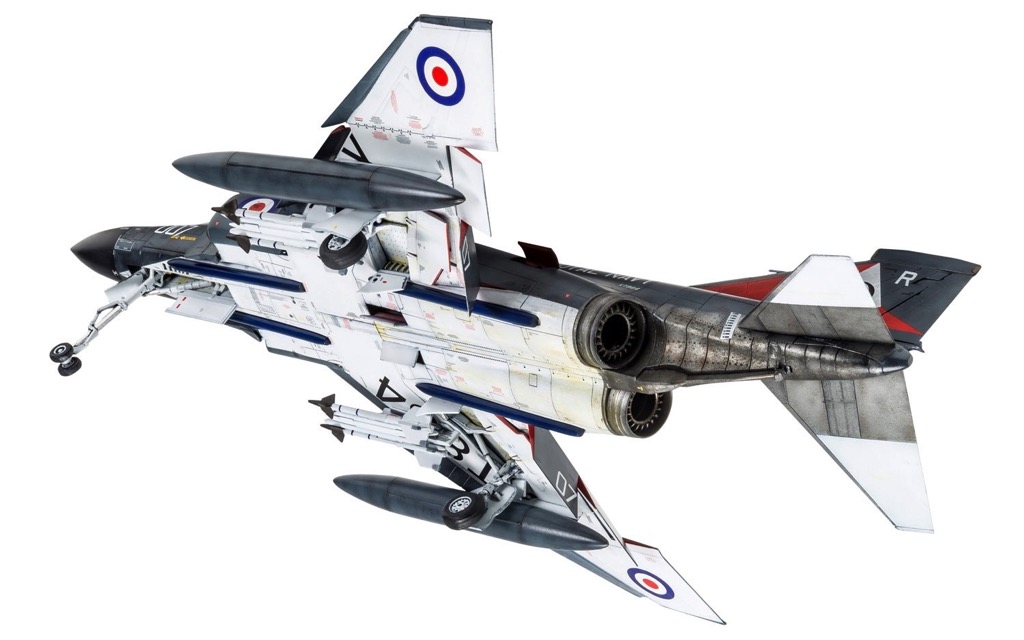 DISCONTINUED This product has been discontinued
and is no longer available.List price: $35.99
You pay: $28.19
(All prices in U.S. Dollars)

Markings for: With regard to aircraft that have operated from the decks of a British aircraft carrier, there can be little doubt that the McDonnell Douglas Phantom FG.1 was the most spectacular. Purchased to replace the Sea Vixen in the role of all-weather fleet defence, the Phantom was the largest and heaviest aircraft ever operated from a British carrier and required a special breed of airmen to fly them.

As one of the most successful jet aircraft of all time, the American McDonnell Douglas F-4 Phantom was to see service with a number of overseas air arms, with Britain being a significant operator. Originally purchased by the Royal Navy as a modern replacement for their De Havilland Sea Vixens, Fleet Air Arm Phantoms would have the primary role of defending the fleet at all times and in all weather, with a secondary role of strike attack. Designated Phantom FG.1, these Navy jets certainly made for an impressive sight and were some of the most attractive aircraft ever to serve with Britain's armed forces. Operating this huge aircraft from the relatively diminutive deck of HMS Ark Royal required a number of significant modifications to these Phantoms, as well as to the ship itself - they would also require the very cream of Britain's fast jet pilots to operate these fighters successfully.

The sight of a Royal Navy Phantom preparing to take off from the deck of HMS Ark Royal must have been awe-inspiring. With the two Rolls-Royce Spey engines in full afterburner and the nose wheel oleo extended to its maximum height, these must be considered some of the most iconic images of any British naval aircraft and have enthralled enthusiasts for many years. With the withdrawal of HMS Ark Royal from service in 1978, all remaining Fleet Air Arm Phantoms were transferred to Royal Air Force operation, but still able to display their naval heritage.