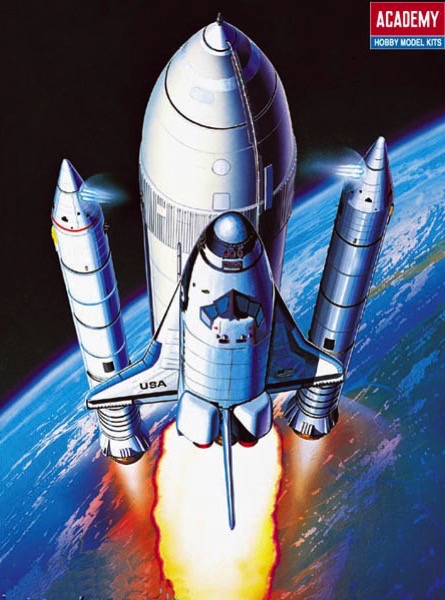 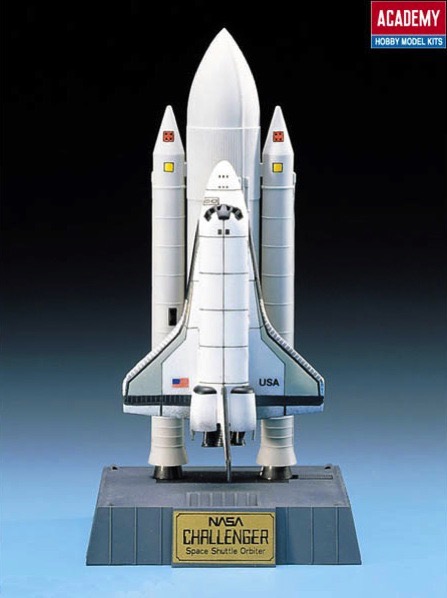 The exploration of space is mankind's last great adventure. With man's first steps on the moon, the future of the Earth was changed forever. However the first rockets to be designed for space travel could only be used once. This was extremely costly and it would soon become impractical to continue space trips in such a wasteful manner.

In 1972, NASA, America's space agency, began development of a reusable spaceship, calling it a Space Shuttle. This rocket plane can be launched on the back of a huge 154 foot long tank, using two booster rockets and its own three engines to climb into space. The Shuttle itself is as large as a jetliner, and can carry a crew of seven plus a large payload. Completely loaded, the Shuttle, payload and launch tanks weight 4,500,000 lbs.

A fleet of Space Shuttles has broadened our ability to develop activities in space. Now satellites can be launched directly from a Shuttle, and soon they will be used for carrying sections of the future space station into orbit to use as a launching point for deep space exploration.