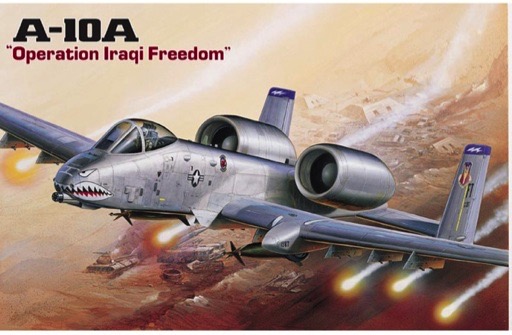 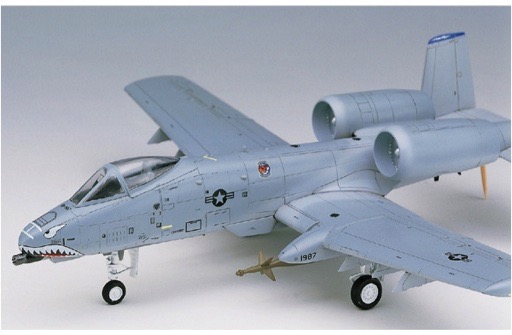 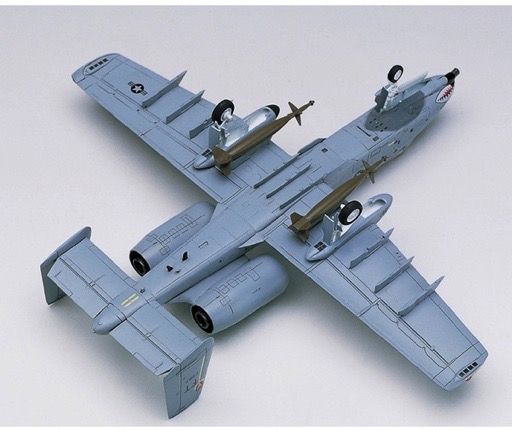 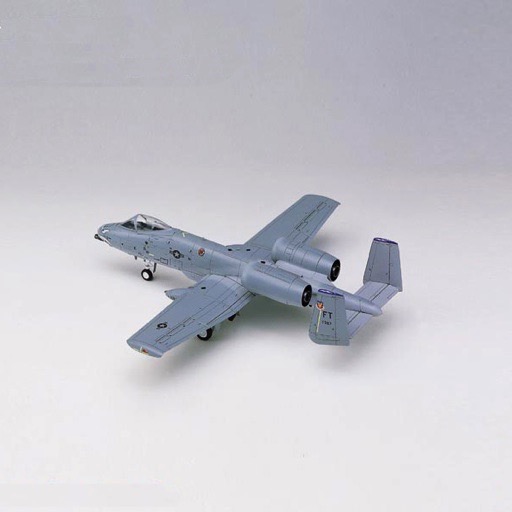 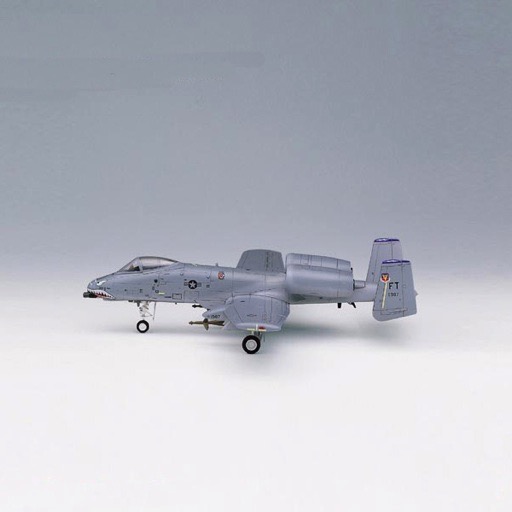 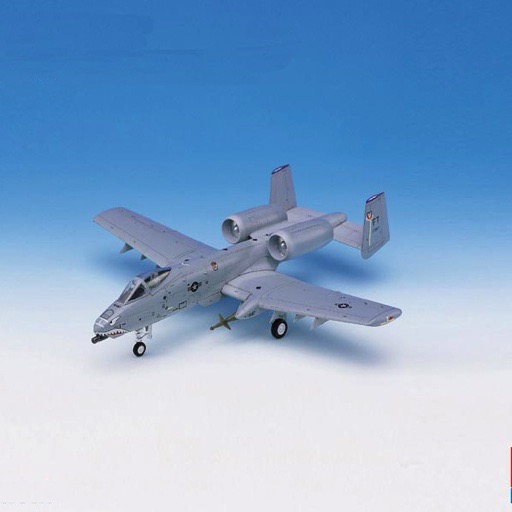 With a nickname like 'Warthog', it's quite clear the A-10 is not a pretty aircraft. Mounted on its nose is one of the deadliest weapons ever to cruise the skies. Called the GAU-8/A Avenger, it is a 30mm cannon capable of firing up to 70 rounds of heavy ammunition per second. With a muzzle velocity of 3/4 mile in one second, the shell is intended to penetrate even the strongest tank hull. The A-10, officially called the Thunderbolt II, was actually designed around the big cannon. The strange looking shape of the A-10 was a result of trying to provide as much protection for the pilot as possible. Another means of survivability is the great maneuverability. It can turn quickly and sharply, even evading radar-directed guns. The A-10 can carry up to eight tons of weapons on eight wing and three fuselage pylons.

This decal variation of the A-10A kit from Academy is an accurate replica of birds flown in the latest Iraqi conflict. The masterfully detailed cockpit interior and landing gear compartment are of a precision you have come to expect from Academy. Air intakes fit just right. Fully engraved panel lines and rivet details cover the entire bird. The centerpiece, the GAU-8/A Avenger would intimidate even a 1/32 scale enemy aircraft! It's also loaded with an impressive arsenal of twelve Mk. 82 Dumb Bombs, two Paveway I, two Mk. 83 Dumb Bombs, and six AGM-65 Maverick Missile. Comes with vibrant "Operation Iraqi Freedom" decals.