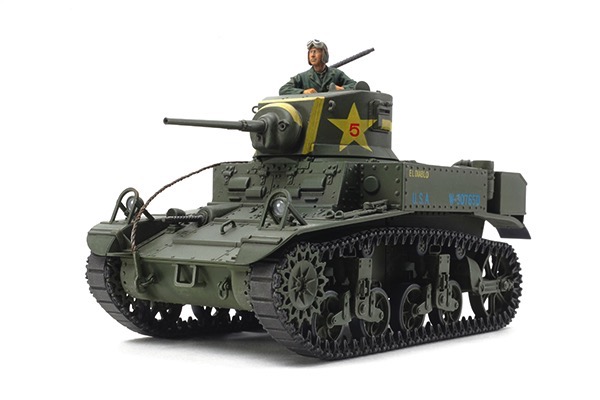 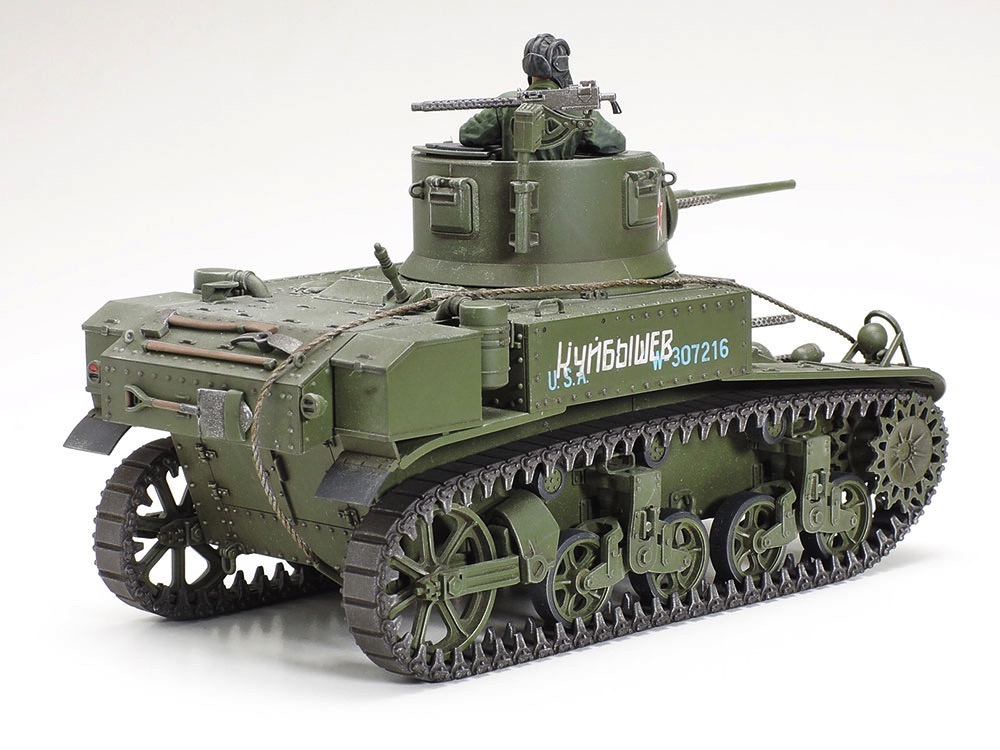 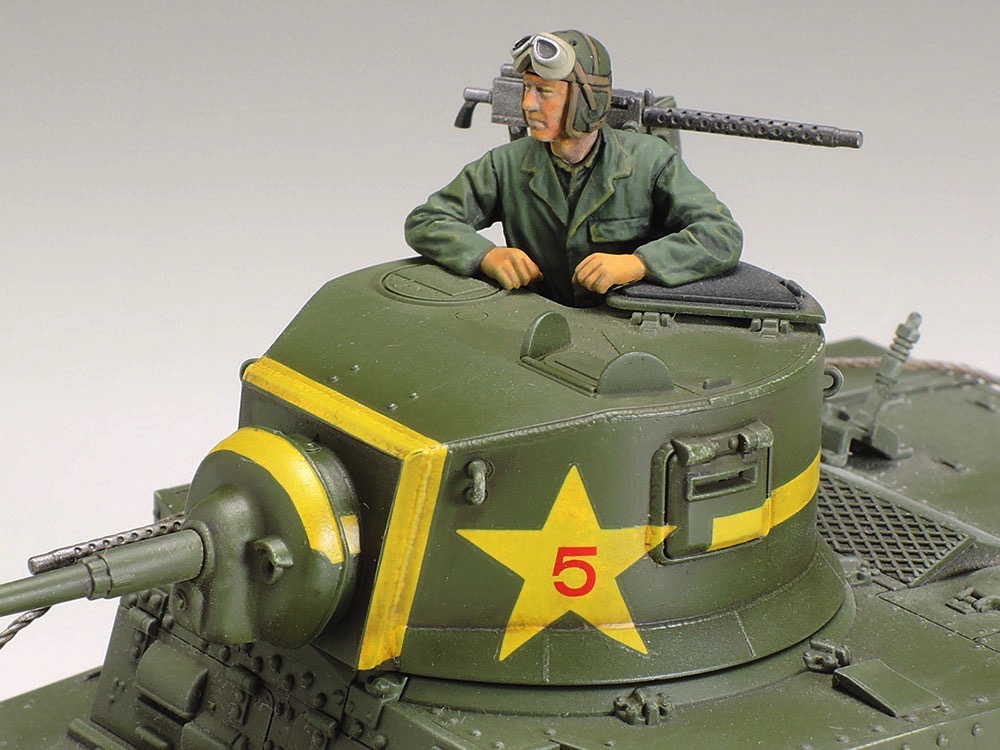 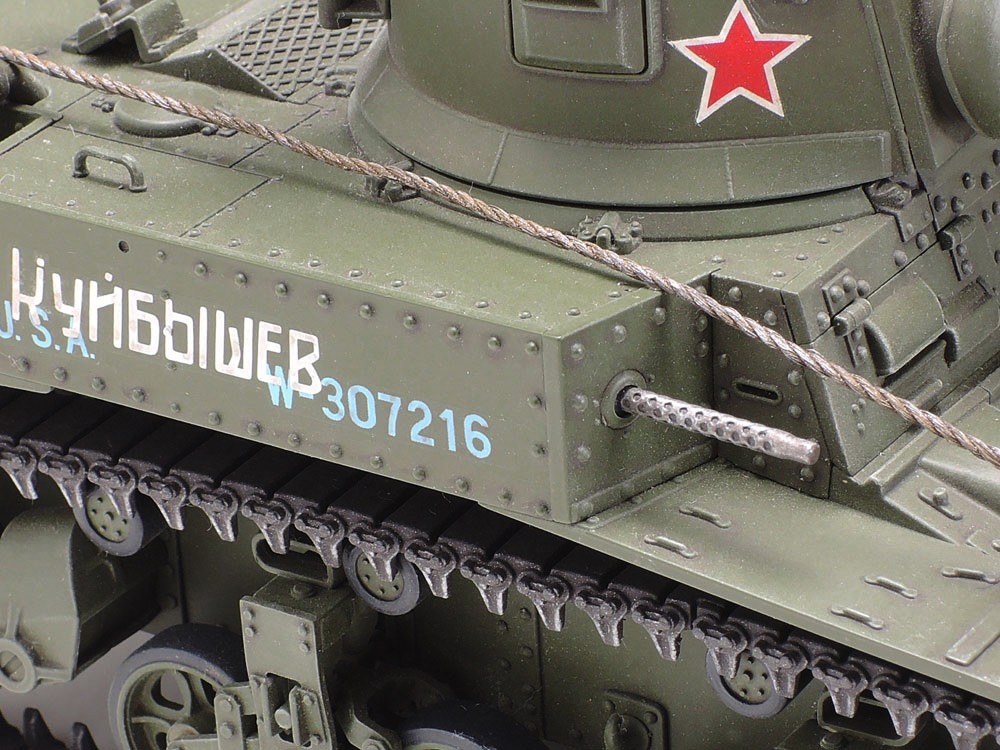 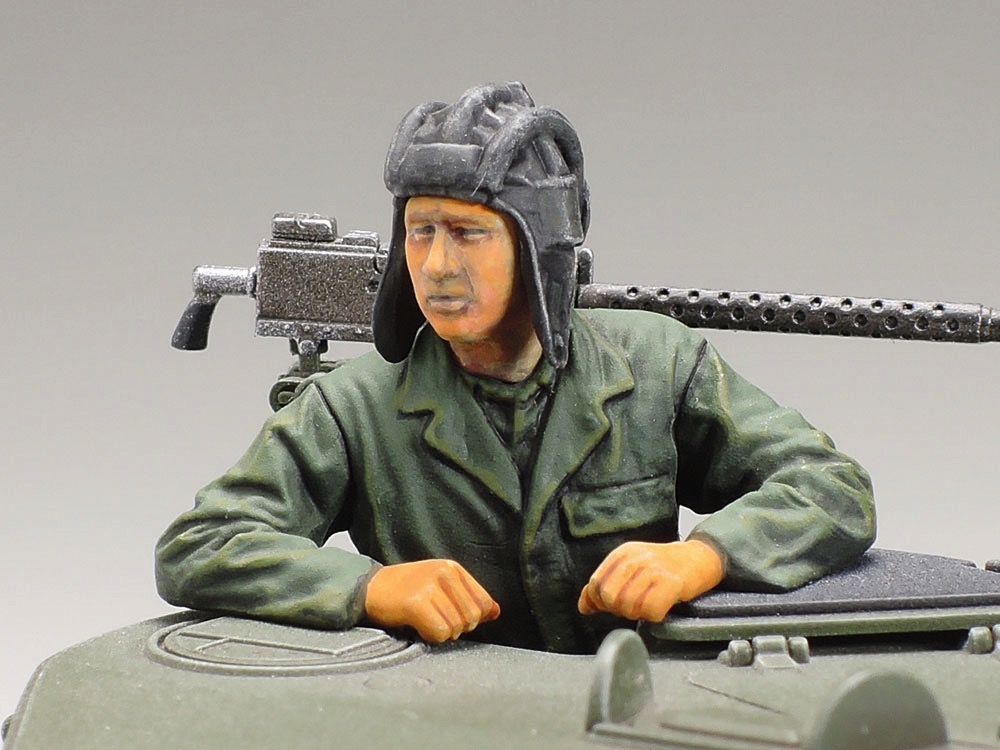 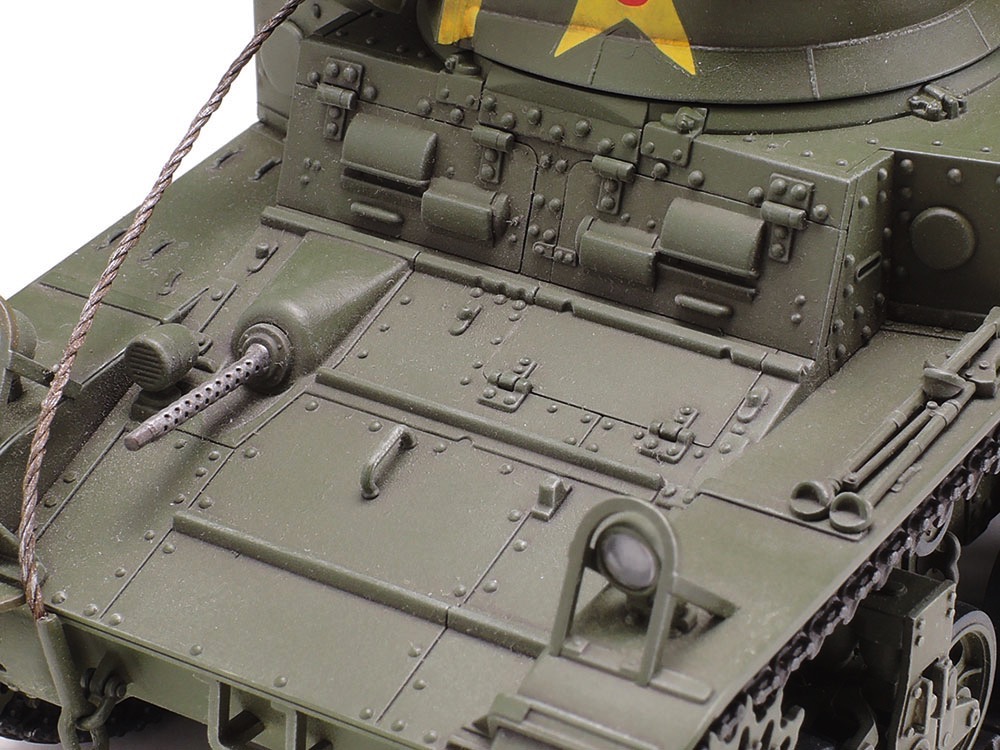 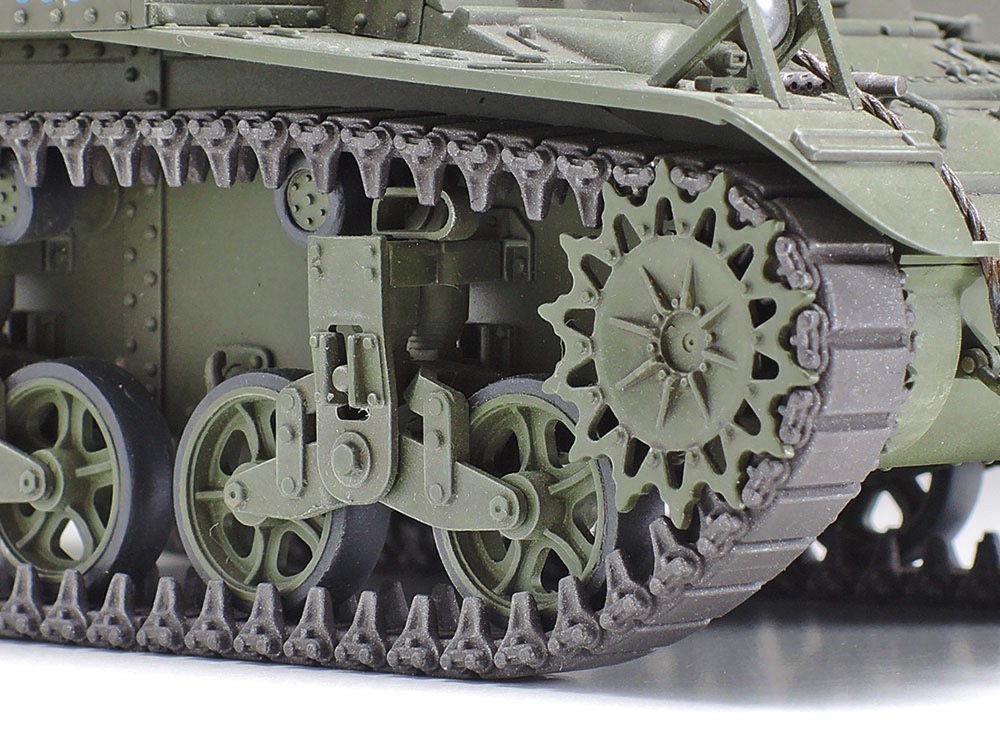 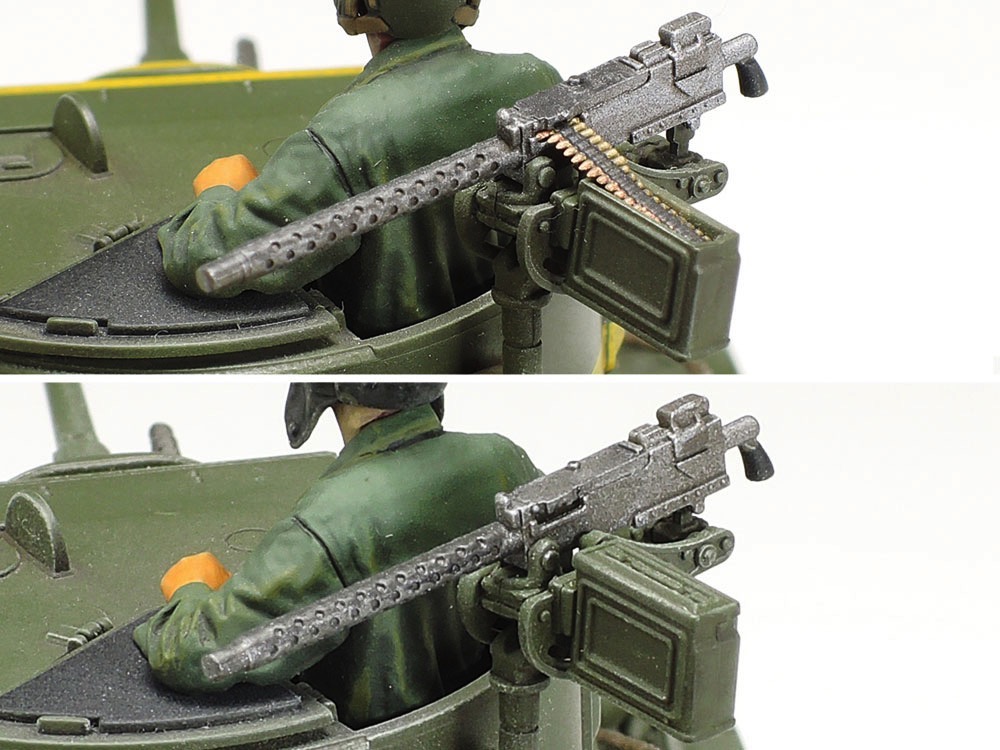 This 1/35 scale model faithfully depicts the M3 Stuart tank. It is a complete new kit with updated details compared to the Stuart model that has been offered for decades.

The M3 Stuart was manufactured from March 1943 onwards and deployed not only by U.S. forces; it also saw action in Soviet colors. The late production variant of the tank had a rounded turret design with the cupola removed. It used a 37mm main gun, with numerous 7.62mm machine guns: one coaxial to the main gun, one on the front, on the turret and in the side sponson's on certain variants.