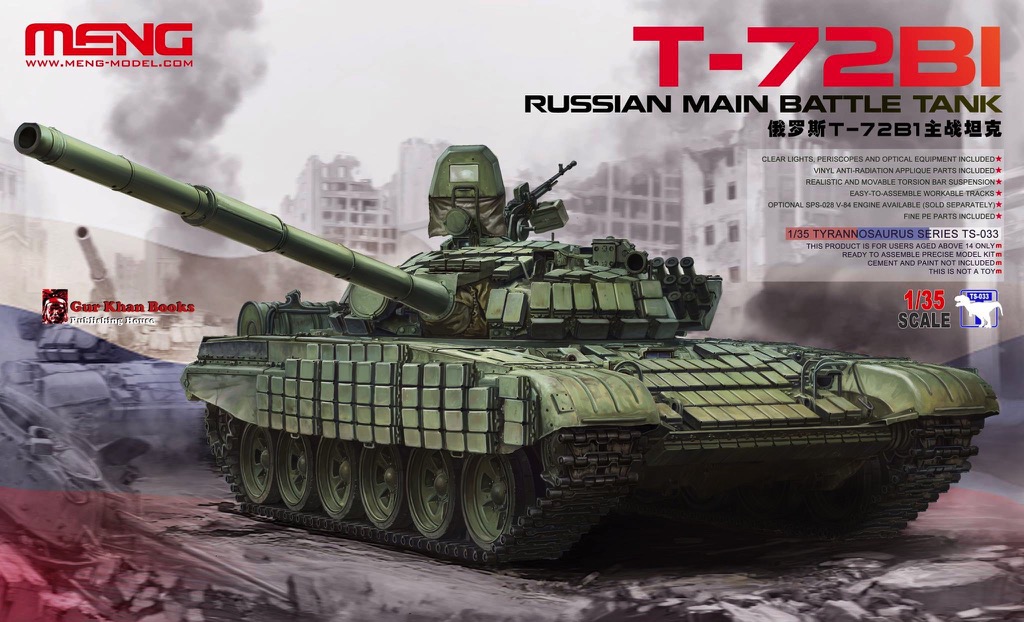 Plastic model kit of the T-72 Soviet tank, a second-generation main battle tank that entered production in 1971. 20,000 T-72 tanks were built, making it one of the most widely produced post-World War II tanks, second only to the T-54/55 family. The T-72 was widely exported and saw service in 40 countries and in numerous conflicts.

Decals and color markings for 9 tanks: