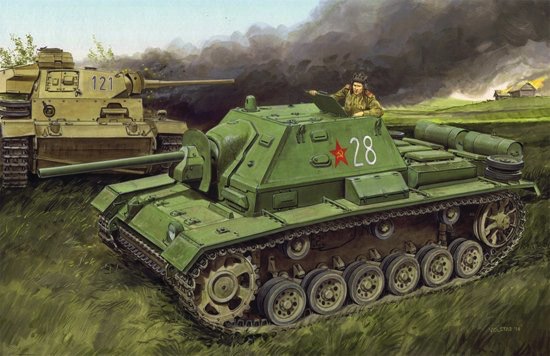 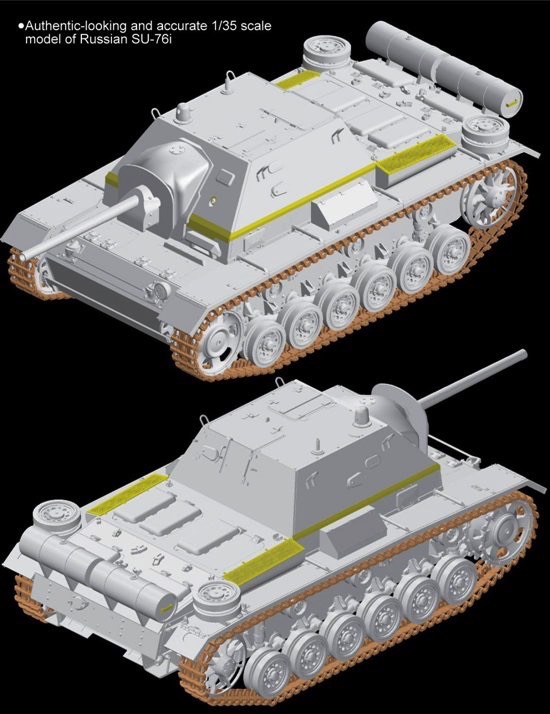 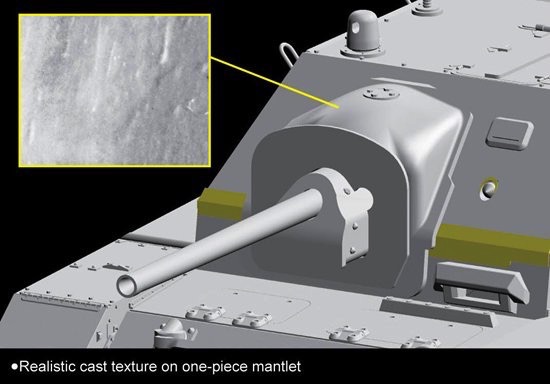 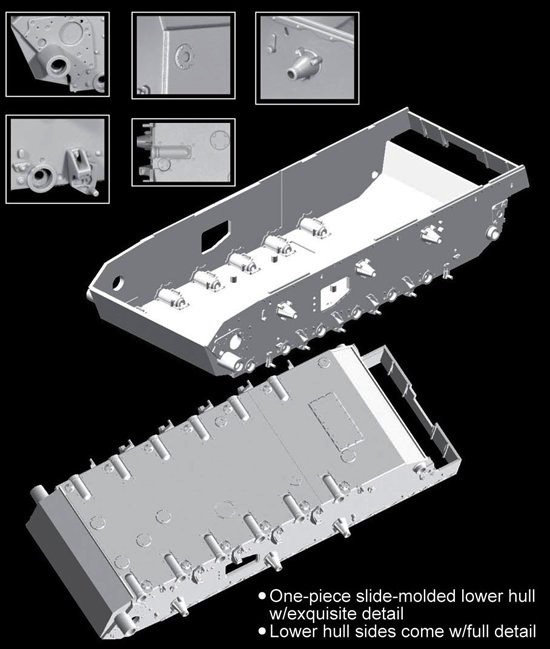 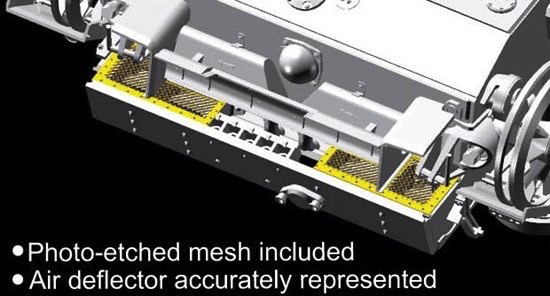 Germany and the USSR employed a large number of captured enemy vehicles during WWII because of shortages in their inventories. Sometimes they also created hybrids by combining domestic and foreign components, and one example of this approach was the SU-76i self-propelled gun (SPG) used by the Soviets. Of interest, 'i' denotes Inostrannaya (or 'foreign'). This vehicle based on the chassis of the Panzer III or StuG III featured a Soviet 76.2mm F-34 main gun. The Russians captured a large number of Panzer III/StuG III armored vehicles, many at Stalingrad, and Factory No.38 added an enclosed superstructure to the hulls. They were first issued to tank and SPG units in the fall of 1943. However, the following year they were withdrawn from frontline service and relegated to training use. One source estimated that 611 SU-76I SPGs were converted.

Dragon has produced an exciting 1/35 scale kit of just such an SU-76i SPG in Soviet service. It is logically based on Dragon's famous and highly accurate Panzer III chassis and hull, and of course the model features a brand new fighting compartment as was installed by Factory No.38. This superstructure features intricate bolt detail, and accompanied by two new storage boxes in both sides. Naturally, the correct gun and mount are also included. This was an unusual armored vehicle used by the Soviets, but Dragon has beautifully recreated this 'crossover SPG'. It takes the best of German chassis and Soviet weaponry to create a brand new vehicle for the pleasure of modelers!