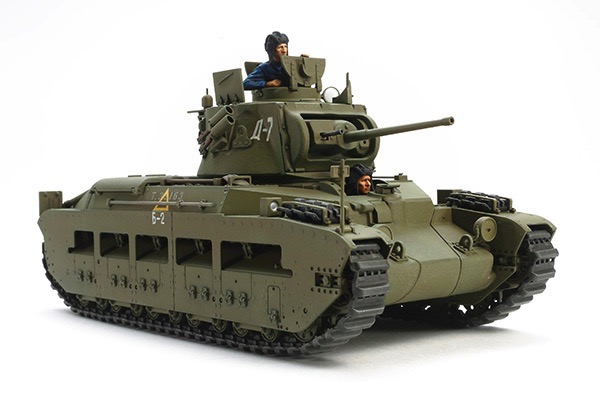 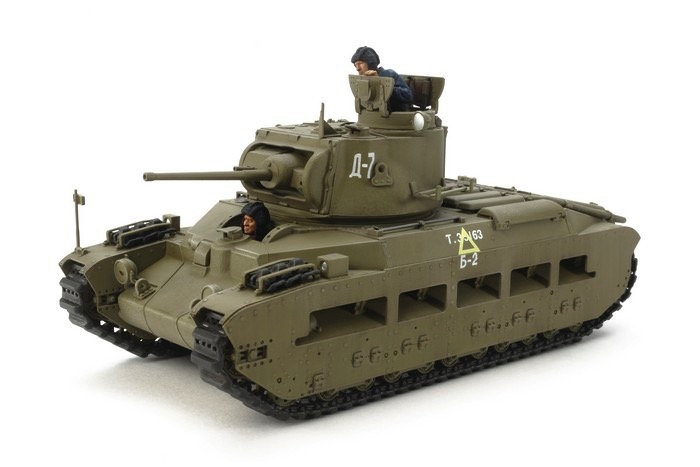 This kit updates the popular British Matilda (Item 35300) with parts to recreate a Soviet-spec Matilda. The tank itself was a durable, heavy design with 2-pounder gun that was well-suited to the slower infantry tank role in British armor doctrine. Eventually, the Matilda was replaced by the Valentine. Like the Valentine, it was supplied to Soviet forces under a lend-lease scheme. Around 1,000 were provided; they were generally given new tracks and simplified suspension with bogie skids, re-designed side skirts, and other modifications.