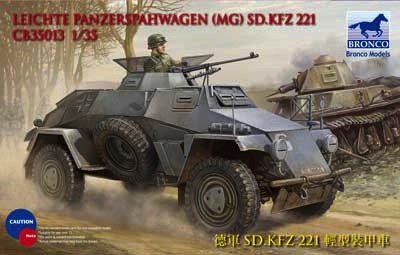 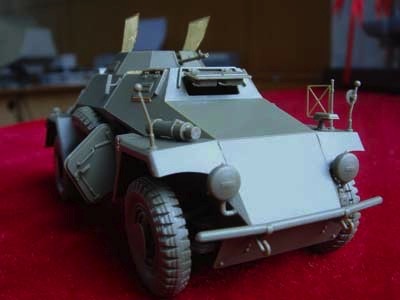 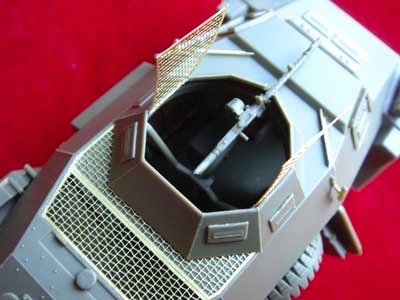 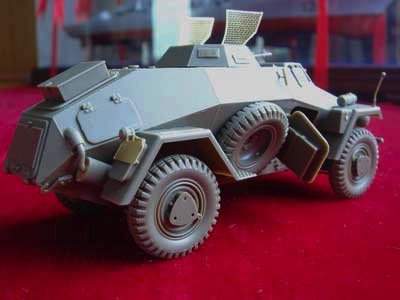 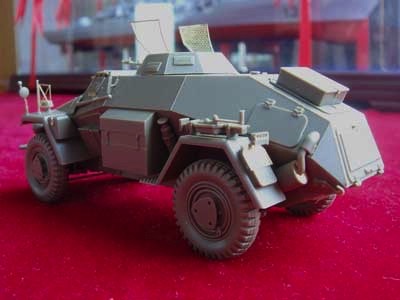 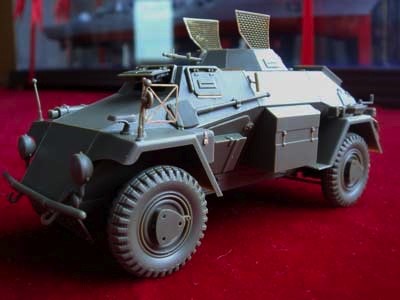 The Sd.Kfz 221 was developed in 1934 for the German Army as a light armoured reconnaissance car. The design was largely undertaken by Eisenwerk Weserhutte, using the chassis and engine of the Horch 801 heavy car. Armour on the early production version was 8mm, and the car was fitted with a small turret mounting a 7.92mm MG34 Spandau machine gun. Power was provided by a Horch V-8 3.5 litre engine of 90 hp, giving a top speed of 85km/h. The chassis and engine were manufactured by Auto Union and the cars were finished by Niedersachsen-Hannover factories. Later cars had 14mm armour and a wire mesh cover to the top of the turret. The cars were issued to the reconnaissance troops of Panzer and Infantry divisions from 1935 onwards. The Sd.Kfz 221 was used during the campaigns in Poland and France in its basic form. Up-armoured cars were used later in Russia and North Africa, though the more heavily armed Sd.Kfz 222 was preferred. Production of the series continued until 1944, but in service many were replaced by the Sd Kfz 250 half track because of its superior cross country performance.