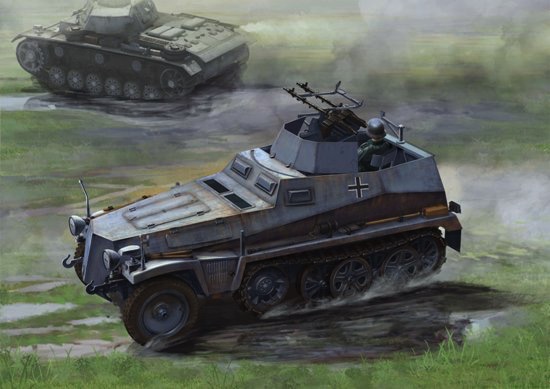 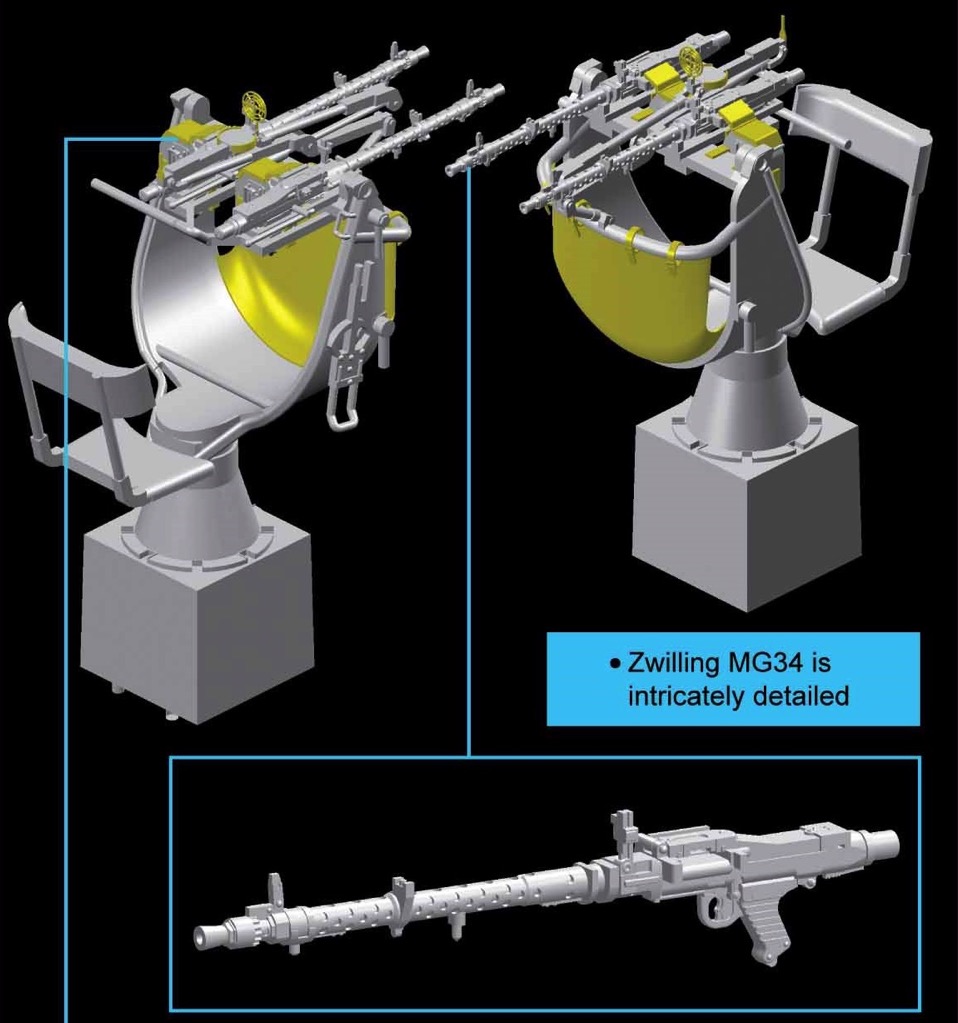 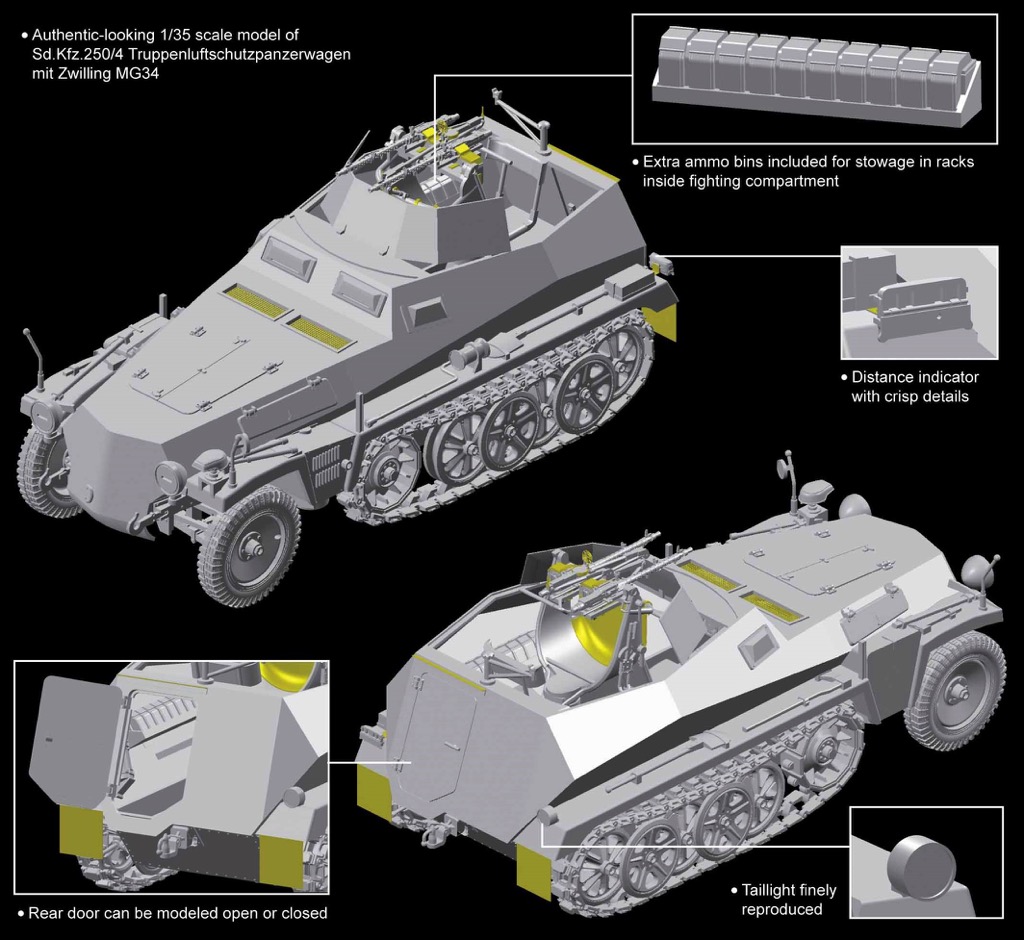 There were many great variants of well-known Sd.Kfz.250 family. One of the rarer ones was the Sd.Kfz.250/4 Truppenluftschutzpanzerwagen. Armed with Zwillingssockel 36 dual-mount machine guns, it was envisioned as a mobile antiaircraft vehicle. The mounted twin MG34 weapons with an elevation range of +10 to 90 degrees were protected by an armored shield in the rear compartment. The weapons were operated by a single soldier on an integrated seat.

Dragon has expanded its formidable Sd.Kfz.250 family with a 1/35 scale kit of this Sd.Kfz.250/4 Truppenluftschutzpanzerwagen mit Zwilling MG34. While this halftrack variant never saw battle, it was field-tested, offering modelers ample scope if they elect to put it into a suitable diorama. The Zwillingssockel 36 is newly tooled with highly detailed plastic injection and photo-etched parts. Just like the original dual-MG mount, it can also traverse 360 degrees. The front armored shield is also newly tooled. To create this Sd.Kfz.250/4 variant, the fighting compartment interior has been appropriately rearranged. As part of Dragon's facelift Sd.Kfz.250 series, it has an updated upper hull and Magic Tracks. This halftrack type has not appeared as a plastic kit before, so it offers modelers something different. Enemy aircraft beware with this new 1/35 scale kit!