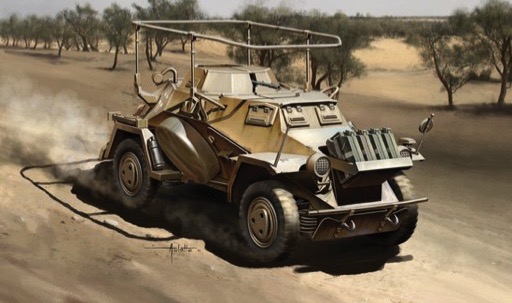 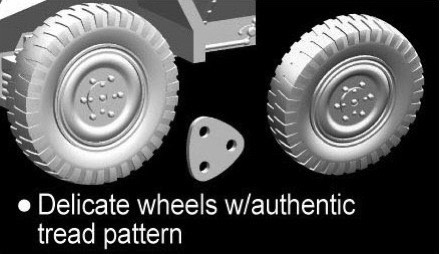 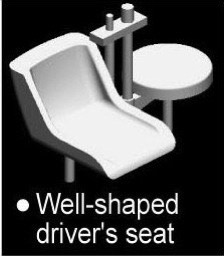 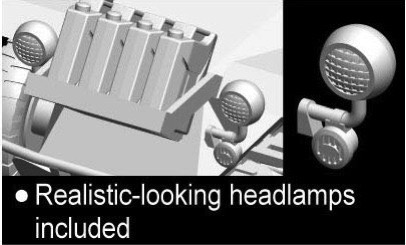 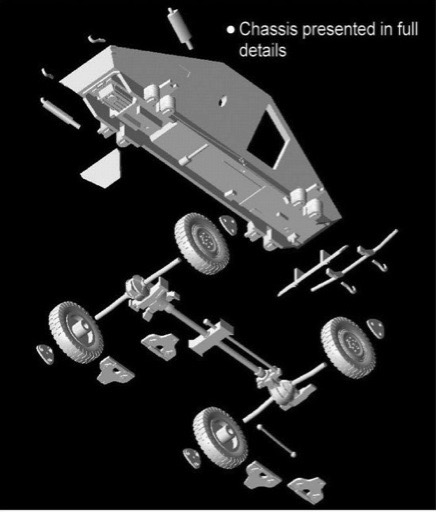 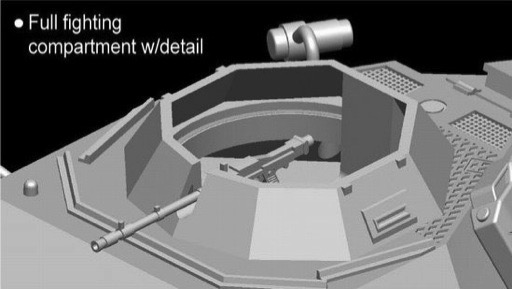 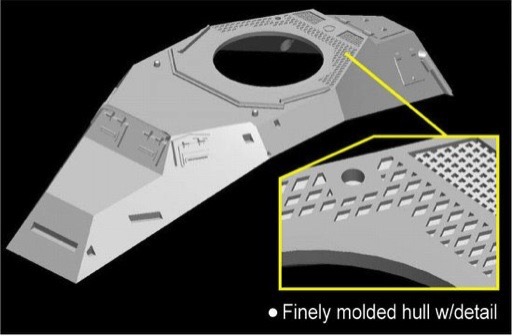 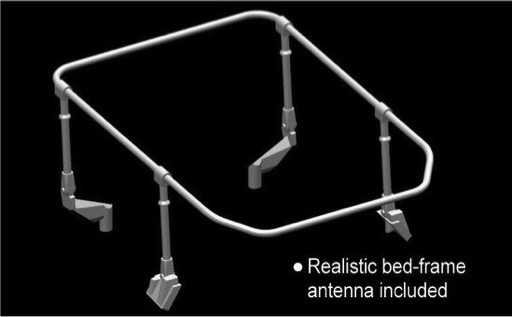 Features: Earlier in 2011 Dragon released a 1/72 scale plastic kit of the Sd.Kfz.222 Leichter Panzerspahwagen. This little German 4x4 armored car was used for reconnaissance purposes. Early in WWII, the Sd.Kz.221 family performed well enough as reconnaissance vehicles for panzer divisions, although their off-road capability let them down. Now Dragon is offering another vehicle in the family the Sd.Kfz.223, which was basically a modified Sd.Kfz.221 with a long-range radio set. Its function is belied by the prominent frame antenna that was mounted above the hull. This radio allowed it to stay in touch with roving reconnaissance vehicles on the battlefield. A total of 550 Sd.Kfz.223 vehicles were made between 1935 and 1944. As on the Sd.Kfz.221, a machine gun was installed in the small turret.

The new Sd.Kfz.223 kit features new parts to create this specific variant. For example, the upper hull is a completely new item. The turret and rectangular antenna are obviously new too. The kit makes use of Dragon's highest engineering expertise, meaning the armored radio car is well designed and easily assembled despite its diminutive size in this scale. The mesh that covers the turret is supplied as a photo-etched part so that it remains true to scale. Adding to its appeal is a set of jerry cans that can be stowed on the nose of the vehicle to give it longer range when performing recces. This little reconnaissance vehicle is the perfect vehicle to stay in touch with the Sd.Kfz.222s that modelers may already have in their reconnaissance forces!