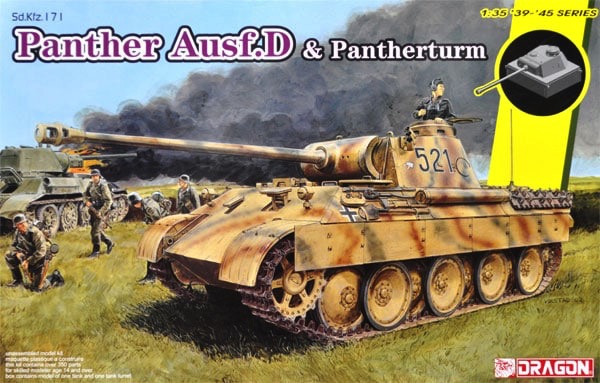 Dragon's new 2-in-1 kit offers both a complete Panther Ausf.D tank and a Pantherturm. The Ausf.D was the original Panther variant, with some 850 tanks produced from January 1943 onwards. Turning to the Pantherturm, it was essentially a Panther turret installed on a concrete bunker dug into the ground to create a static defensive emplacement, used particularly in places like Italy and on the Eastern Front.

Modelers can create a complete Panther Ausf.D tank and also a complete new Pantherturm base too. Set in a diorama, for example, this Pantherturm would make a fascinating and novel subject. With this new kit, Dragon is thus able to offer model-makers a true dilemma as to which Panther to build!