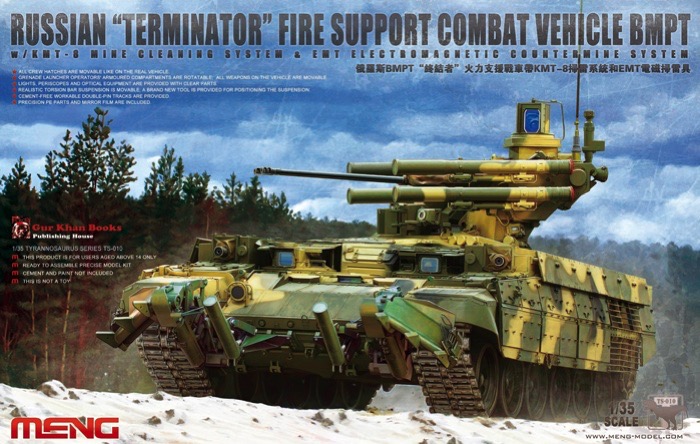 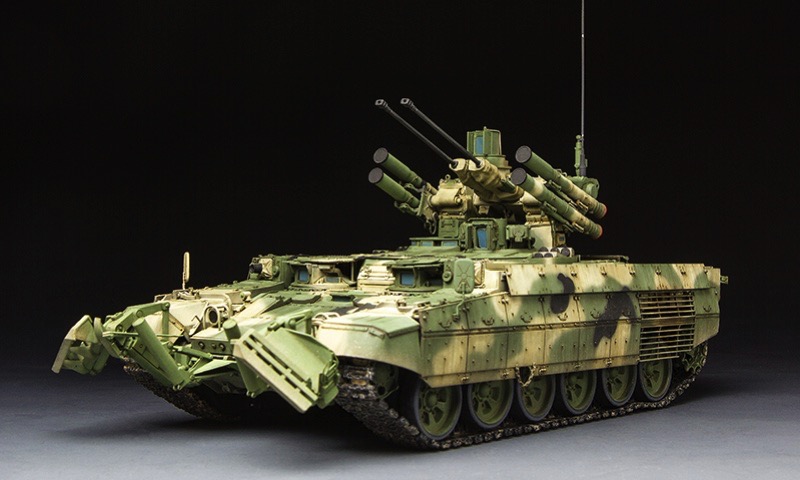 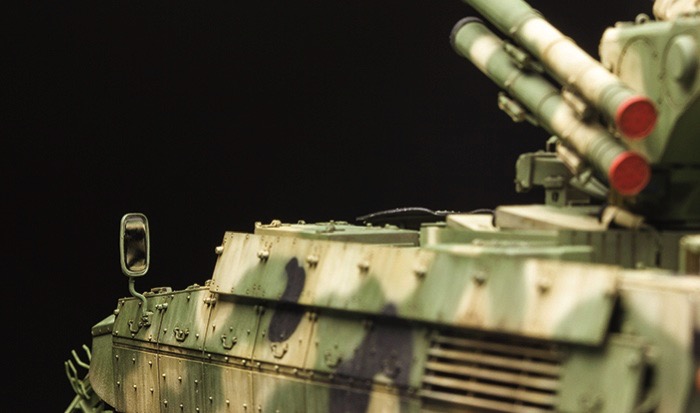 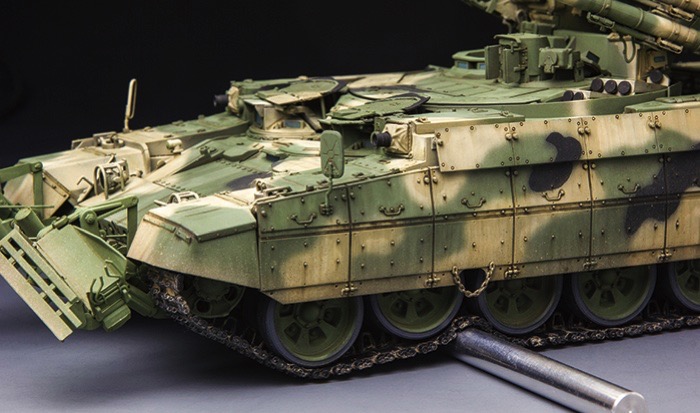 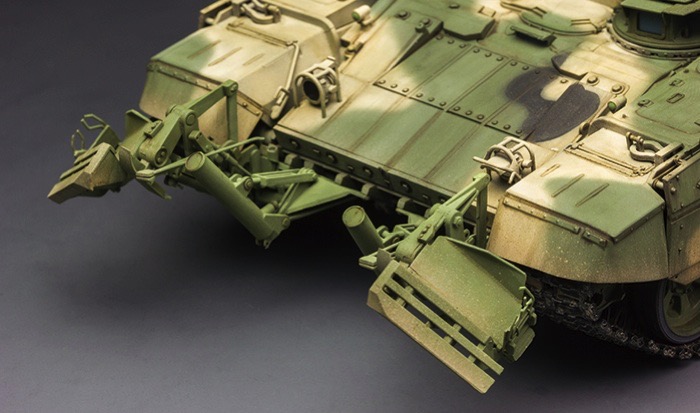 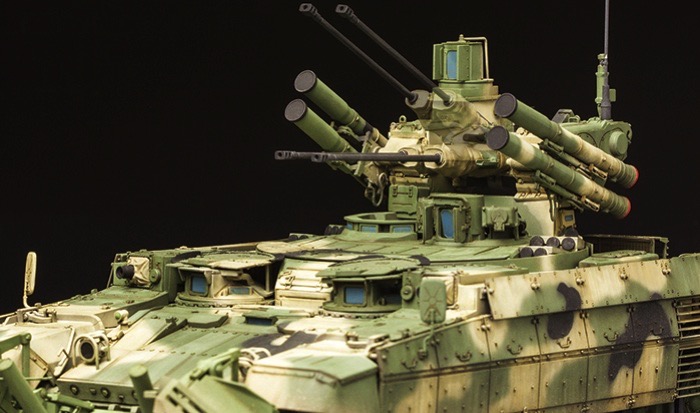 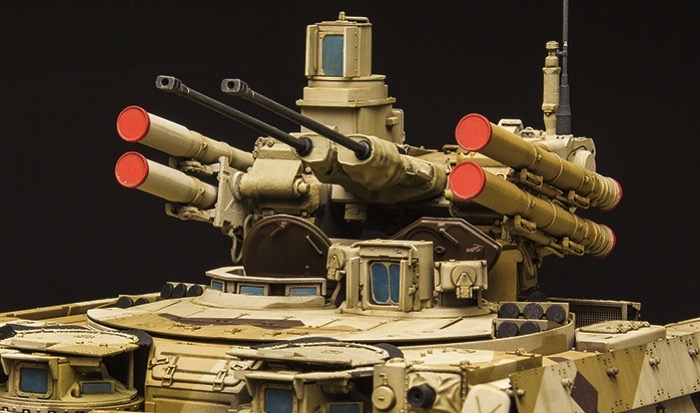 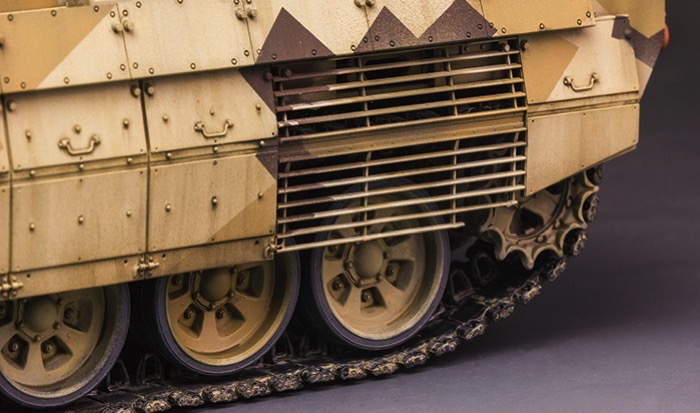 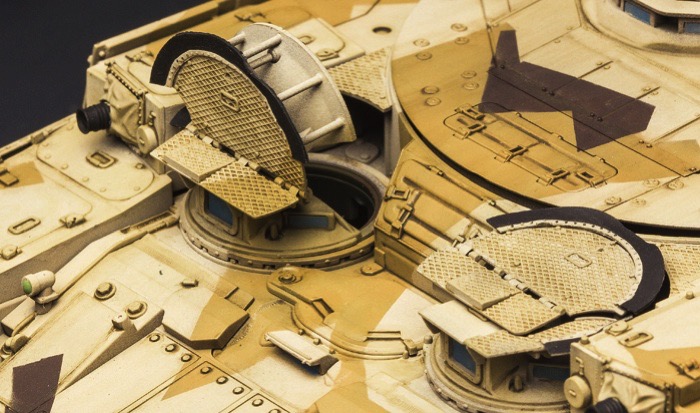 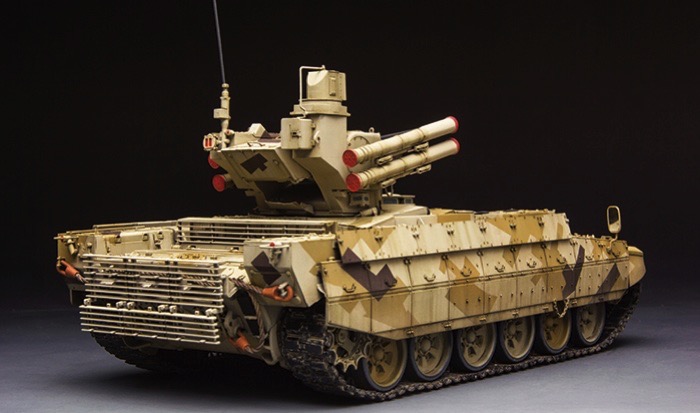 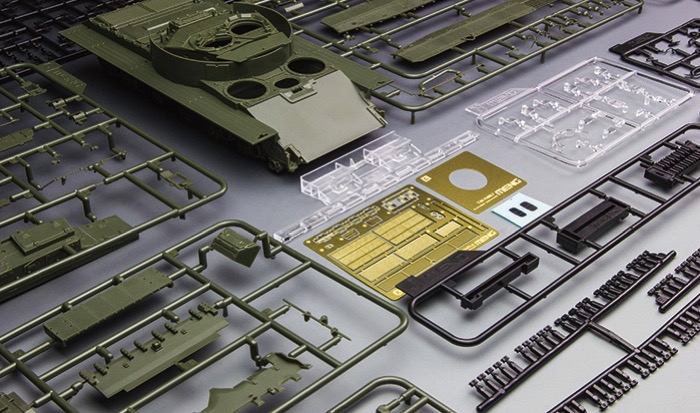 RUSSIAN "TERMINATOR" FIRE SUPPORT COMBAT VEHICLE BMPT w/KMT-8 MINE CLEANING SYSTEM & EMT ELECTROMAGNETIC COUNTERMINE SYSTEM
The Russian BMPT "Terminator" fire support combat vehicle is a high maneuverability multi-purpose tracked combat vehicle. It is based on the chassis of the T-90A tank. 30mm automatic guns, 7.62mm machine guns and anti-tank missile system are mounted on the turret. Mounted on both fenders of the front hull are two 30mm grenade launchers; explosive reactive armour modules are fitted on the front and both sides of the hull; there are five crew members. It can coordinate with any tanks in battles in different geographical conditions. Its advantage is particularly prominent in the urban battles.

There were ups and downs in the process of development of BMPT. Its research started in the 1980s. However, it was suspended several times for various reasons. Until 2002, the real vehicle of BMPT made its debut. Because of its multi weapons and mighty appearance, the BMPT is named the "Terminator".