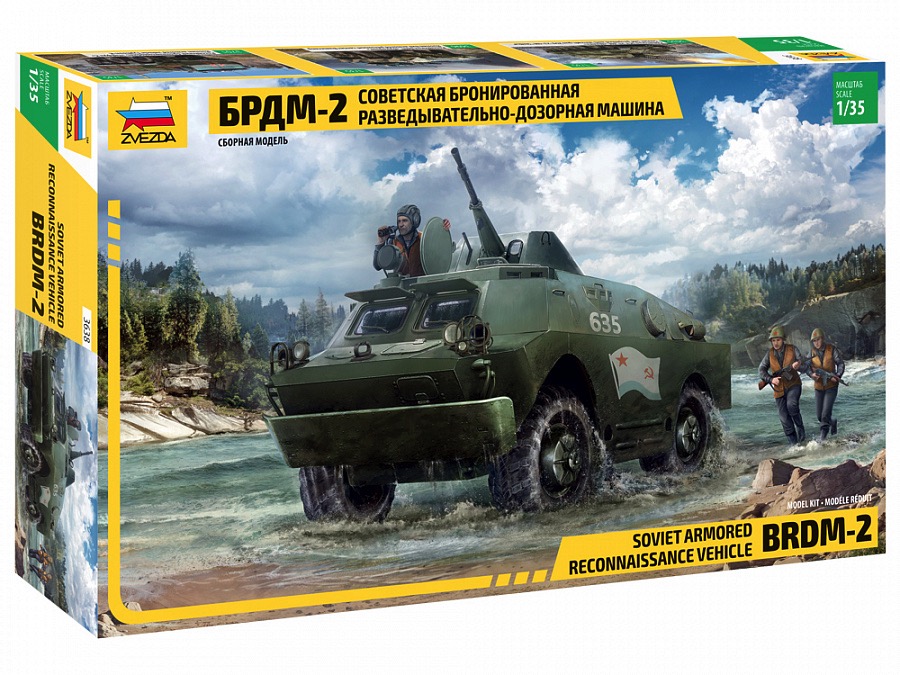 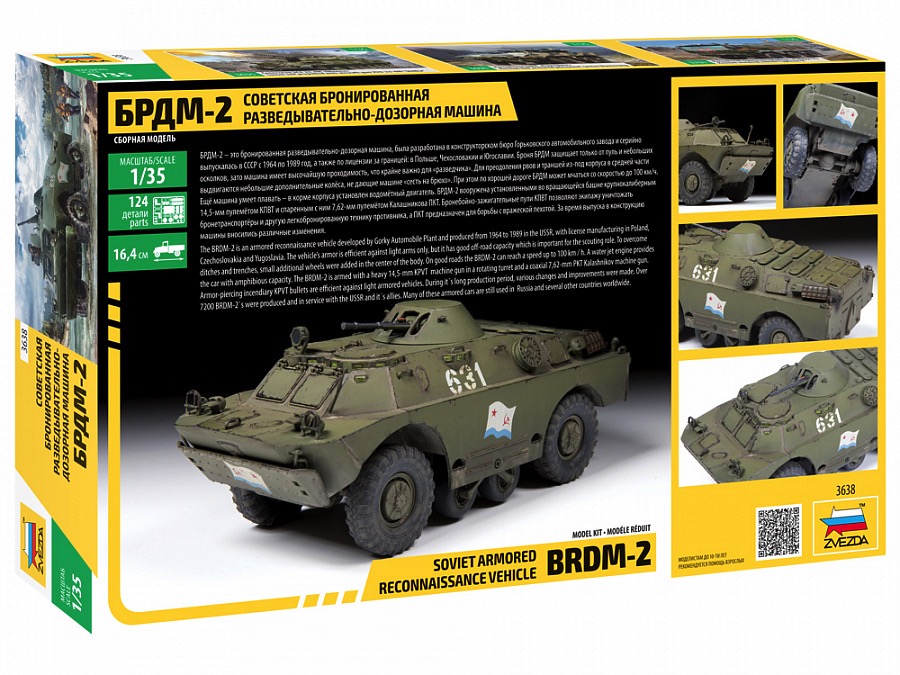 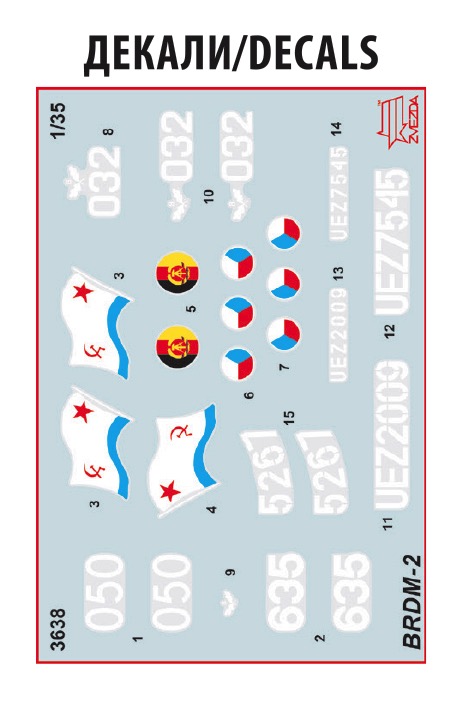 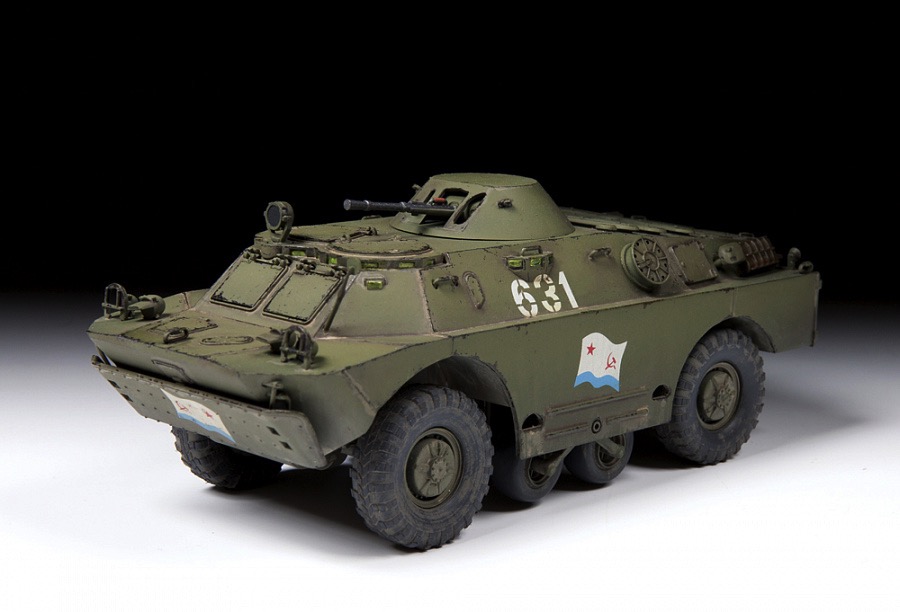 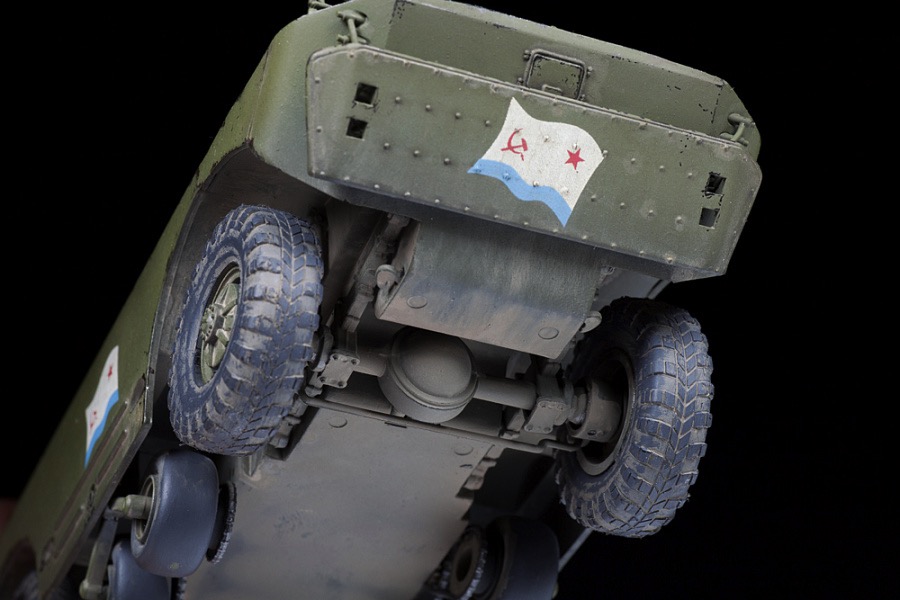 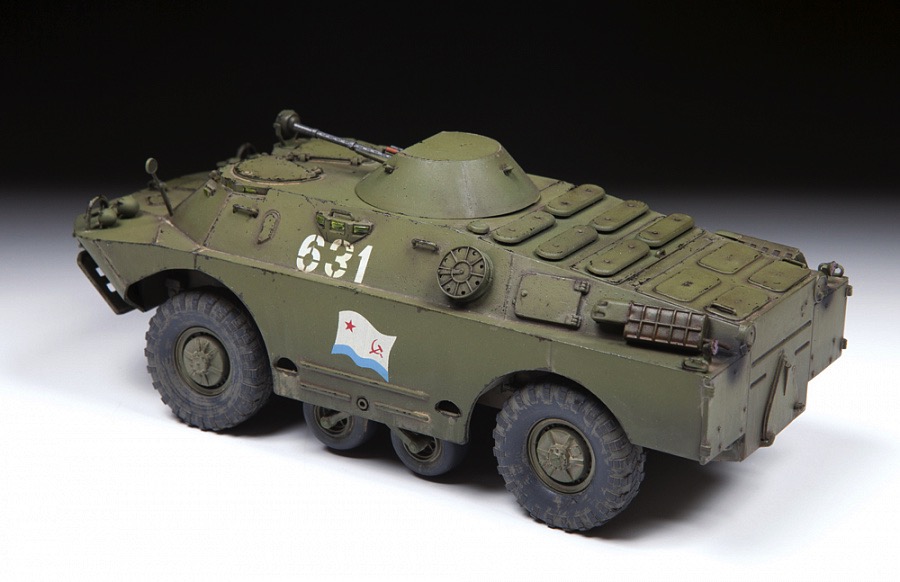 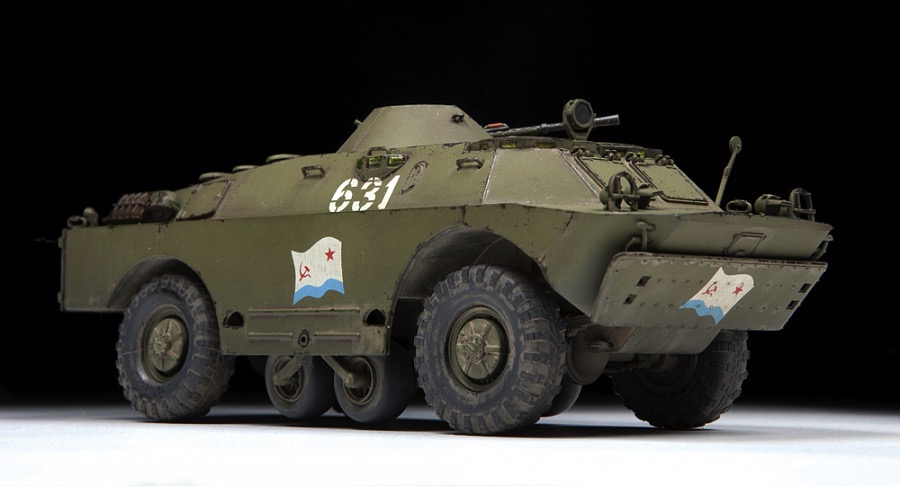 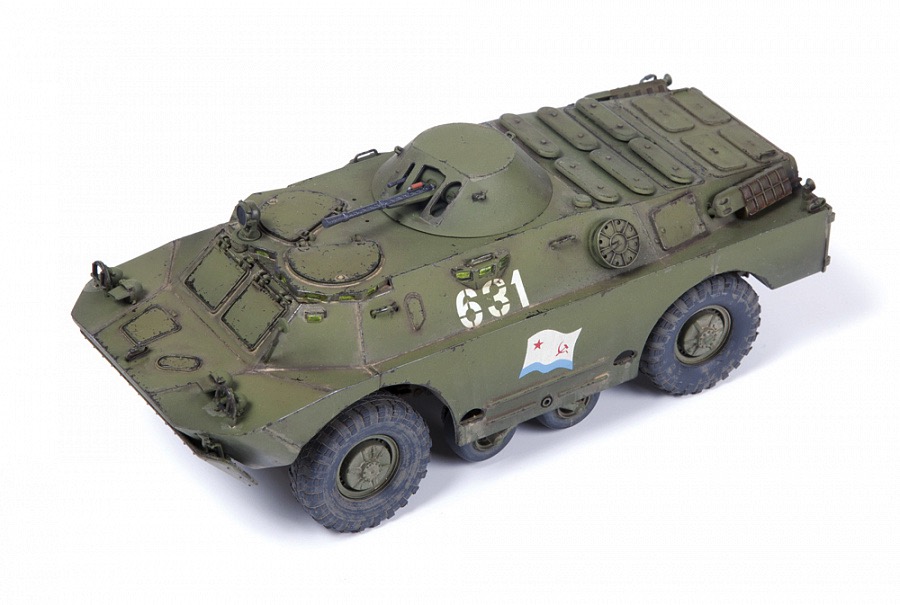 The BRDM-2 is an armored reconnaissance vehicle developed by Gorky Automobile Plant and produced from 1964 to 1989 in the USSR, with license manufacturing in Poland, Czechoslovakia and Yugoslavia. The vehicle's armor is efficient against light arms only, but it has good off-road capacity which is important for the scouting role. To overcome ditches and trenches, small additional wheels were added in the center of the body. On good roads the BRDM-2 can reach a speed up to 100 km / h. A water jet engine provides the car with amphibious capacity. The BRDM-2 is armed with a heavy 14,5-mm KPVT machine gun in a rotating turret and a coaxial 7,62-mm PKT Kalashnikov machine gun. Armor-piercing incendiary KPVT bullets are efficient against light armored vehicles. During its long production period, various changes and improvements were made. Over 7200 BRDM-2`s were produced and in service with the USSR and its allies. Many of these armored cars are still used in Russia and several other countries worldwide.